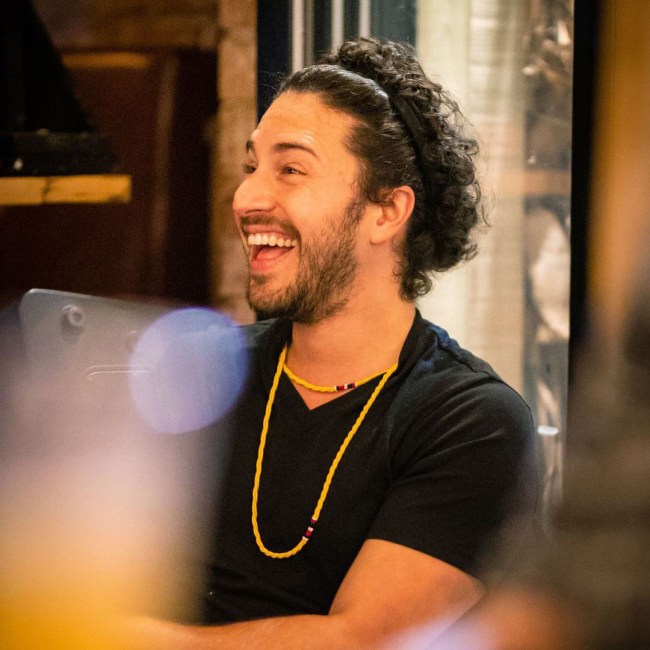 Because you needed the reminder to listen to more jazz. Help us continue to drop hints about what genre’s missing from your life by subscribing to the Passion of the Weiss Patreon.

There’s a prevalent view out there in the jazz world that jazz is serious music and it should always be performed as such. This view requires a severe demeanor and a steely reverence that dismisses outward expressions of fun, whether it’s a musician quoting “Pop Goes the Weasel” during their solo or simply smiling or laughing on stage. Jazz is serious music, no doubt. It is — as legendary critic and photographer Val Wilmer titled her seminal book on free jazz — “as serious as your life.” But it’s also fun music, a point that should never be forgotten, discounted, or discouraged. There’s been no time I needed to remember this more than the last 14 months. Perhaps no other album or live performance I’ve recently experienced has hit this sweet spot of fun balanced with serious artistry more than pianist Emmet Cohen’s YouTube series “Live from Emmet’s Place.” Along with his trio, Russell Hall on bass and Kyle Poole on drums, Cohen has released over fifty live performances, many of which feature guest musicians, legendary masters and up-and-coming hot shots alike. There might be a group that has as much fun as Cohen’s trio, but none has more. Cohen, Hall, and Poole’s chemistry and the joy they share in making music is simply infectious. It’s an uncut hit of the same endorphins I felt as an eight-year-old learning to make my saxophone speak or the first time I heard Charlie Parker fly. Here’s a few samplings of Cohen and company’s musical catharsis.

This medley of Fats Waller is bursting with Hall and Poole’s two-beat stank, a lyrical bass solo, and Cohen’s break-neck stride piano that’s straight out of a 1920s Harlem rent party. Cohen is literally out of breath by the end.

Tenor saxophonist Tivon Pennicott’s mid-solo quotation of “Mack the Knife,” which the band played earlier in their set, is one of those impromptu moments of ingenuity on the bandstand that musicians immediately take delight in and attentive audiences relish. It’s like watching a comedian make unexpected references to jokes told twenty minutes earlier.

There’s a reason why this has over two million views: this level of an embodied expression of musical ecstasy in jazz by the entire band, epitomized by vocalist Cyrille Aimée dancing along with Cohen’s bouncing piano solo, is uncommonly rare.

Guitarist Mark Whitfield’s smooth mashup of George Benson’s “Breezin’” with Ahmad Jamal’s “Poinciana” has everybody in the room mugging. It’s obvious Whitfield was one of those kids with so much creative energy he couldn’t sit still; it’s amazing didn’t fall out of his chair while he was playing.

Vibraphonist Warren Wolf’s hands shouldn’t be this fast. It takes a full effort from Cohen, Hall, and Poole just to keep up with him. This sizzling bebop classic is serious business, and even so, the focus of Poole as he stares down his ride cymbal and the intensity of Hall digging into his bass suggest the group had a great time putting in work.

Post Malone Gets His Lancelot On In "Circles" Video

Cardi B Gives NSFW Anatomy Lesson On "Her Pussy"