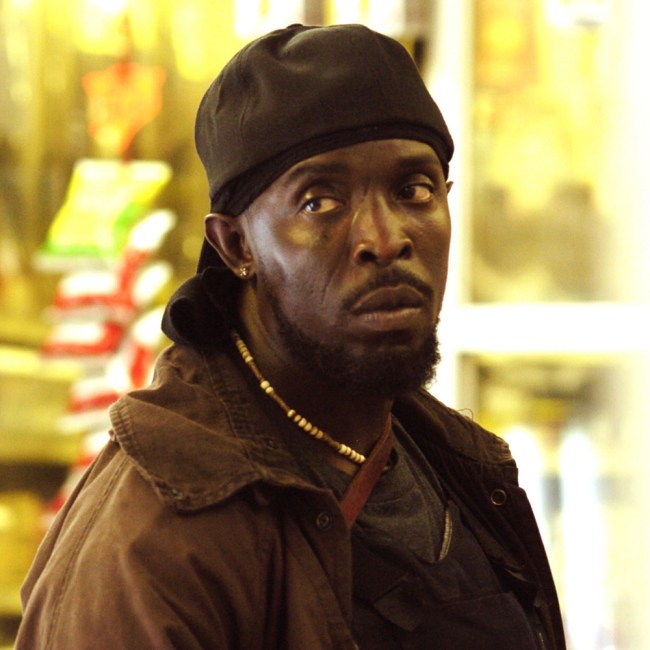 Abe Beame is pouring out a bowl of Honey Nut Cheerios.

When news that the great Michael K. Williams had tragically passed away at age 54, the outpouring of grief was immediate and overwhelming. The Flatbush born actor was a STAR with a powerful and unique on screen presence, able to convey compassion or menace in equal measure with a glance. We’ve all lost a brilliant talent, and an array of singular characters –either leading a story or on the periphery — that made Williams one of the most compelling character actors of his generation. But just because Williams was “more” than Omar, doesn’t mean we can’t celebrate the role that made The Wire the most important television series of the aughts. Omar looms so large in the cultural imagination: as a meme, as an idea, as a scarred face chiseled onto HBO’s Mount Rushmore, it’s easy to lose sight of what the character meant, and how Williams brought him to life with gestures both grand and granular.

Omar was a once in a lifetime part, but didn’t have to be. The charismatic, generally kind, gay and seemingly bulletproof Robin Hood figure, robbed drug dealers for a living, existed on the margins in Baltimore, and broke almost every conceivable notion we had at the time about criminals, sexuality, and Black masculinity. David Simon’s Shakespearean civic lesson, The Wire debuted in 2002, months after 9/11, and two years before George W. Bush, wildly unpopular at the time, would win re-election by campaigning against gay marriage. Gay male representation in 2002 was tipified by the likes of Jack from Will & Grace, more of a queeny, sassy stereotype than flesh and blood. Black gay male representation was all but nonexistent.

Omar is much more than a feat of diversity. If you take Williams out of the equation, and imagine Omar as a character on the page, it’s easy to see how badly things could’ve gone. Here’s Omar as a pitch in a writers room, “Ok, we got this guy, he’s a badass, strolls around the Baltimore projects with a sawed off shotgun — really a mythic figure you do not want to fuck with. But get this: he’s gay!” You see how a script lacking touch, and an actor lacking grace, could fuck this up by leaning into the genre contradictions of the character, to go big and sensationalist. But Simon’s team and Williams nail it on every level. Omar is fearless, yes, always equipped with the last word and a perfect authoritative line reading, but it’s the comfort and the confidence, the quiet Williams brought to the character that brought Omar to life, that made him revolutionary. The show doesn’t pat itself on the back for its bravery, his sexuality just is.

His hero’s journey begins when the Barksdale crew makes an example of the Bonnie to his Clyde — his boyfriend Brandon, who is tortured and left splayed out in the low rise projects to send Omar a message. Retaliation for hitting their stash houses. Much of the first season we spend with Omar, we watch him both work with and manipulate the police to exact his vengeance, ultimately succeeding by sending Avon to jail and killing Stringer Bell with Brother Mouzone.

But Omar’s trajectory, his place in the show is much more important than his plot points. The Wire was a show about how the huge and terrible systemic infrastructure of late American Capitalism grinds the individual into dust. How humanity and the desire to make a difference is choked out by the fear and stupidity of the blood-soaked machinery of our political systems, our school systems, our police force, our dying industries, our criminal enterprises, and our media industrial complex. But it was also about how that desire to fight against this machinery, to hope against hope for a better tomorrow, to give a fuck when its not your turn, can never be fully extinguished. Omar is the only character in The Wire that exists outside all of these structures. His sexuality is not the only space in which he is free. He is fully his own man, and while he’s affected by the structures looming over the show, he resists them all. His code is his own; he answers to no one but the game.

That Williams was able to turn this symbol, this myth of the individual, into one of the best television characters of all time, was a staggering achievement. We can quibble about how The Wire stacks up against other shows from the Golden Age of prestige TV, but I seriously doubt anyone would argue that any of them can boast a better acted cast, both in its starting lineup and ridiculously deep bench. And on a cast stacked with historic talent, an embarrassment of riches, Omar is the character you can’t get out of your head. His scene mates, people who will go on to become some of the best actors and biggest stars of this century, are routinely blown off the screen by Michael K. Williams over the course of his five seasons in the role.

In 2008, The Wire ended with Michael Lee, the sensitive but hardened kid who resists all of the societal demands made on him by his teachers, his coaches, the cops, Marlo Stanfield, and his own family, assuming Omar’s role. It’s one of the final shots in the series. What we’ve seen leading up to that moment is the cyclical nature of these structures, that after McNulty there’s always another McNulty, that after Omar there’s always another Omar, that we may never beat the forces we’re being crushed by, as we’re nudged ever closer to oblivion, but our nature will never allow us to stop fighting against them.

By that episode Omar was gone, killed by a child who could barely hold his gun — by the game. One of my least favorite scenes in the history of The Wire occurs in episode five of season five, “React Quotes.” In it, Snoop, Chris Partlow, and Michael Lee, Marlo’s hit squad, ambushes Omar in a fifth floor apartment and has him pinned behind a couch they’re emptying their clips into. Omar miraculously escapes, taking a suicide dash to the window, leaping from a balcony, landing in a flower bed, breaking his ankle, and running off into the night.
The scene is based on an alleged true story told by Donnie Andrews, a reformed Baltimore stick up kid who served as one of the inspirations for Omar, and played hired muscle on the show, a character who dies in this very scene (Andrews claimed he actually jumped out of a sixth story window. Simon and the crew decided to bring it down a floor when they saw how high up six stories actually is).

When I saw it at the time, I felt it was a betrayal of Omar as a character. The final straw in what had been a credibility straining building of the legend of Omar during the latter seasons. That the writers room had fallen in love with Omar, had fallen prey to the mythic status of their own creation, threw restraint to the wind and sold out his humanity, the thing that had made the character such a revelation over the course of five groundbreaking seasons, transforming the character from Robin Hood to Batman. But in retrospect, I have sympathy for The Wire team. They could be absolved for believing that in Omar, and in Michael K. Williams, they had a superhero. Because they did.

Will & Jaden Smith Chop It Up With Joyner Lucas On Snapchat