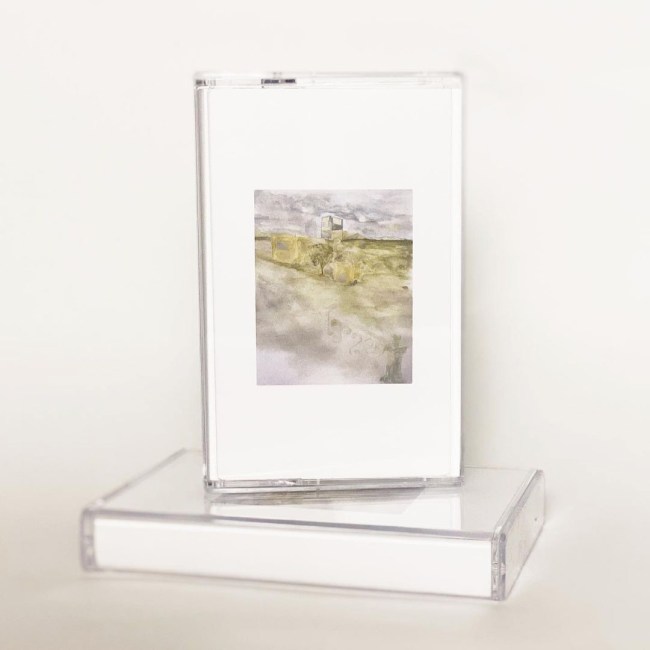 The pen’s always been mightier than the sword, but now we need more pens. Help us stock up by subscribing to the Passion of the Weiss Patreon.

Michael McKinney is just starting to remember what a crowded dance floor looks like.

It starts with a burst of light. A synthesizer that recalls mournful bugles, Philip Glass’s stretches into infinity, and sun-filled cathedrals finds a few notes and blurs them together until they read as one. A bass joins, offering the faintest hint of a pulse; the electronics glisten from time to time, swelling into more urgent forms before returning to their ellipses. A woman wonders aloud: “He’ll know where to find me if he loves me. What do you think?” Her dialogue, hushed and measured, hints at specifics—names, faces, stories—but leaves them obscured; the background, whose ebbs and flows are simultaneously joyous and funereal, deepen the uncertainties. The emotional contours of the piece are both vivid and wholly inaccessible.

“If You Lost Me,” the eighth track on heartland, a remarkable various-artist cassette released by c- and Lillerne Tapes, is most impressive for this balancing act. The piece is clearly charged with emotion, but the listener is left to decide what, exactly, the core feeling is. As both a label and as a crew of artists working under innumerable aliases, c- specializes in this approach: deeply human indeterminacies and sharply felt moments stretched until their meanings split in two. Their music runs the gamut of modern ambient, but that sensibility—outré electronics wrapped around beating hearts—seems to act as a north star.

heartland, then, might help point prospective listeners in the right direction. Given the range of names and approaches, it offers an introduction to the labels’ approach to ambient-adjacent composition. Each of its eleven tracks explores the space between cosmic grandeur and the imperfect here-and-now, with each piece’s contours reflecting the light slightly differently. This kaleidoscopic approach is characteristic for c- and Lillerne Tapes, and it acts as the glue connecting supposedly disparate ideas—the record includes scrambled field recordings, liturgical duets for organ and crackling electronics, and synthetic clouds of drones. As tracks begin to bleed into each other, the cumulative effect is akin to watching stars glimmering in the dark: entire galaxies caught in medias res, their mere presence changing how nearby bodies appear.

It takes time for their light to travel, though. Much of the A-side is built on wide-open ambience, all yawning keyboards and unending horizons. If you spend enough time with some of these compositions, their unmoored drift begins to hint at yet-undiscovered vistas. It’s not until halfway through that a different sound emerges in earnest. As the tape rolls forward, the ambience begins to give way to the grittier sounds of unadorned field recordings and incomprehensible conversations. This structure—a gradual shift from beguiling to disorienting—serves the release well; each new track deepens the haze even as their details shift.

heartland’s topology, in other words, is as elegant as it is varied. Opener “kt85,” a collaboration between ambient-music producer kindtree and wired-up EDM upstart brand0, is built on a patiently strummed acoustic guitar and percussive flourishes that land like raindrops; its instrumentation and glacial pace are echoed by 2W33DY’s “snow angel,” whose chilled field recordings tether it to the earth even as a hollowed-out spaghetti-western guitar stretches towards the horizon. Even the most alien moments are given a familiar touch: faint tape hiss keeps Fugue’s “Lighter Than Air” from drifting away entirely, and the austere fog of tech palms’s “no surprise” features a slow-motion waterfall of strings if you squint hard enough.

But each wide-open vista is paired with a disorientingly close shot. “If You Lost Me” is the first hint of this. Its synths loop towards infinity, but not without a few stutters, creating an uneven terrain for a vocal sample that never fully shows its hand. “unearthed,” by the reclusive Desirée Monique, leans into the previous track’s quiet unease, using world-weary vocals and clattering miscellany to project a sense of deep malaise; its conversational tone and almost-familiar percussion encourage the listener to lean in, but its haziness renders any specifics nearly illegible. Ulla’s “chicago collage” deepens the discord further, stapling field recordings onto gurgling electronics and tossing them into the murk.

But “chicago collage” is not just messiness for its own sake. Its clamor is familiar, moving from subway tunnels to film studios with the kind of rush befitting its name. Even at its most scattered, the record is shot through with an indelible intimacy. Its sounds and approaches, no matter how otherworldly, land close to home each time. heartland finds power in blurring scales and feelings—zooming in on microscopic details until they are too massive to ignore and zooming out on foggy landscapes until they disappear entirely. The crunch of a leaf underfoot, heartland argues, can inspire the same awe as a passing galaxy. It’s just a matter of how you listen.

Queen Key Says 600 Breezy Got Her Pregnant With Triplets

Eight Samplers Under $300 for Producers on a Budget