If Tekashi 6ix9ine detractors weren’t mad before, then this latest feat should push them over the edge. According to Chart Data, the polarizing rapper’s comeback video for “GOOBA” has surpassed a YouTube record previously held by Eminem.

“GOOBA” reeled in 4.2 million views on YouTube in the first 30 minutes and within 24 hours, had amassed roughly 43 million views. On the flip side, Eminem’s Machine Gun Kelly diss track “Killshot” pulled in 38.1 million views in the same time span in September 2018, setting a record at that time.

6ix9ine broke another record on Instagram Live with his first public appearance since being granted a “compassionate release” from prison last month. Over 1.9 million people tuned in to hear from him, shattering the previous record of 514,000 viewers who showed up for the Teddy Riley versus Babyface battle.

Erykah Badu and Jill Scott’s Instagram Live session, however, surpassed their numbers with over 700,000 viewers on Saturday night (May 9). 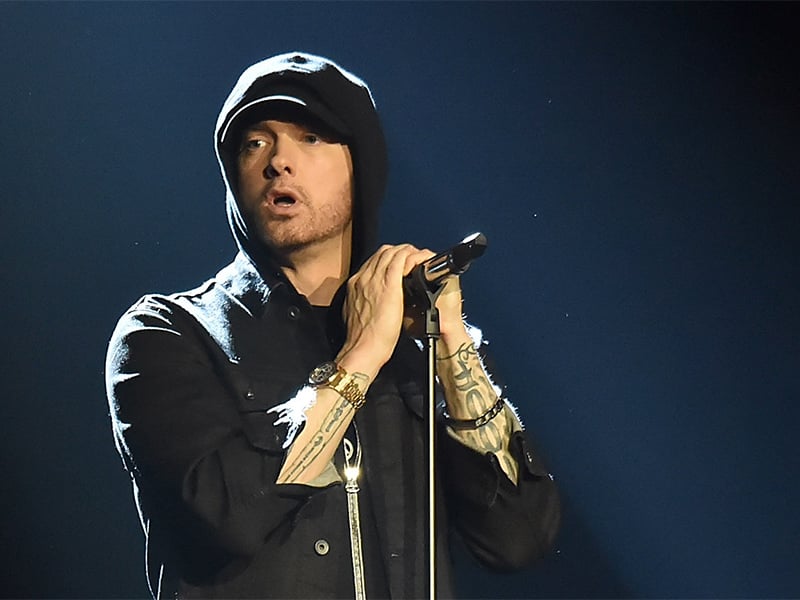 Love him or hate him, 6ix9ine seems intent on making himself as visible as he was before going to prison in November 2018. He’s reportedly working on two albums — one in English and another in Spanish.

During his Instagram Live session, he apologized for snitching but refused to feel bad about it, noting he did what he had to do for his family.

“Before I got locked up, it was all, ‘Fuck that rainbow-haired kid … y’all didn’t really have a reason to not like me,” he said.‘He’s mad, loud’ — that was your reason. Of course, the go-to is now I snitched. I can’t blame you. I’m sorry to my fans because they don’t deserve that. My family, my mother … don’t deserve it. I’m sorry, but you’re not going to break me down like I did something wrong.”

You’d Be Surprised How Many People Think MLK Is Alive

#DXCLUSIVE: Canon Inspires Folks To "Push Thru" With New Video

Interview: Casey Veggies Talks Having An "Organic" Connection With His Fanbase

Feeling Down? Don’t Give Up Without A Fight…