Tekashi 6ix9ine‘s steadily counting down the days until he’s no longer on house arrest.

The Brooklyn rapper has utilized his time under home confinement to not only record nad make music but also troll adversaries left and right. On July 8, 6ix9ine shared a video of himself covered in $100 bills with 50 Cent’s “I Get Money” playing behind him as a makeshift soundtrack. Surrounding himself with stacks of money, 6ix9ine made sure all of his platinum plaques were nearby, even pouring Coca-Cola onto one of them.

“Ya be like free the real and keep the fake… God answered y’all prayers,” he wrote on Instagram.

As his house arrest comes to a conclusion on July 31, 6ix9ine won’t completely be a free man just yet. He’ll still be under five years of supervised release as a condition of his release but he’ll no longer have to wear an ankle monitor.

The “YAYA” rapper has already declared that he’ll “raise hell” the moment he’s back outside but according to his lawyer Lance Lazarro, 6ix9ine’s focus won’t be on his antics but instead his music, security and work. 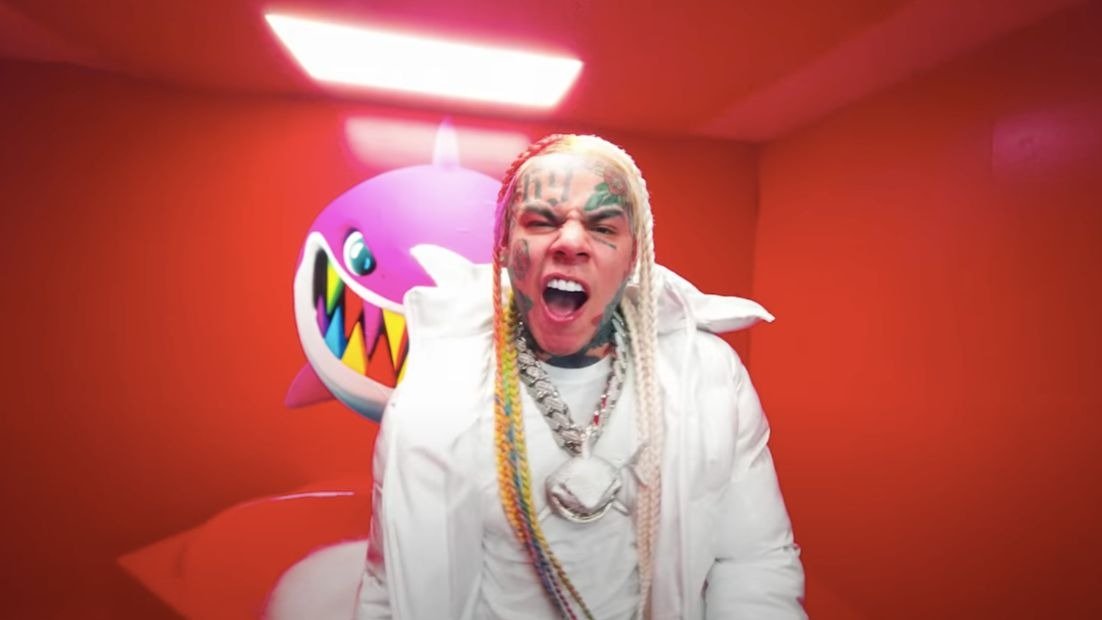 Lazzaro told TMZ that 6ix9ine is going to be consulting with a security team and keeping a relatively low profile once he’s off house arrest.

In Lazzaro’s eyes, having access to artists and executives interested in working with his client is the “biggest perk” of house arrest ending. He will still have to get permission from the judge in his case to leave the Southern and Eastern districts of New York, as long as the reasons he will be leaving are for work purposes.

6ix9ine recently pulled back the curtain to showcase how he’s kept busy while under house arrest, giving fans a glimpse into the creative process behind videos such as “GOOBA,” “TROLLZ” and “YAYA.” The period has resulted in 6ix9ine’s first Billboard Hot 100 single in “TROLLZ,” and a platinum plaque for “GOOBA.”

Tekashi 6ix9ine Clowns Rappers Needing Drake For Promo As He Returns To L.A.