Los Angeles, CA – Now that he’s off of house arrest, Tekashi 6ix9ine is on the move.

On Thursday (August 13), the rainbow-haired rapper made his way to the Crenshaw neighborhood of Los Angeles to pay respect to Nipsey Hussle. In an Instagram video, he waved to fans in front of a Nipsey mural and expressed his confidence the Marathon creator was looking down on him.

“Rest in peace Nipsey,” he wrote. “I know you looking down on me I’m out here in the hood paying my respect [rainbow emojis] P.S. the store was closed but they painted this on the same block.”

Another angle showed just how much security he was traveling with, a testament to the fact he’s putting his life at risk by going to places he’s not welcome.

#PressPlay: #Tekashi69 pulled up to #NipseyHussle’s store in LA to pay respects but a witness who copped another angle had something to say 😩) (📹: @mrgrabbagjag)

It’s to be noted Nipsey was not a fan of 6ix9ine prior to his passing and actually dissed him on his posthumous appearance on Rick Ross’ August 2019 album, Port Of Miami 2. On his verse on “Rich Nigga Lifestyle,” Neighborhood Nip came at the “TROLLZ” rapper for being a snitch.

“I can’t name a fake nigga that was not exposed/How y’all niggas so surprised that Tekashi told?” he raps. “Ain’t a real street nigga ‘less you got a code.”

He also spoke about his disdain for 6ix9ine in an interview just before his passing. 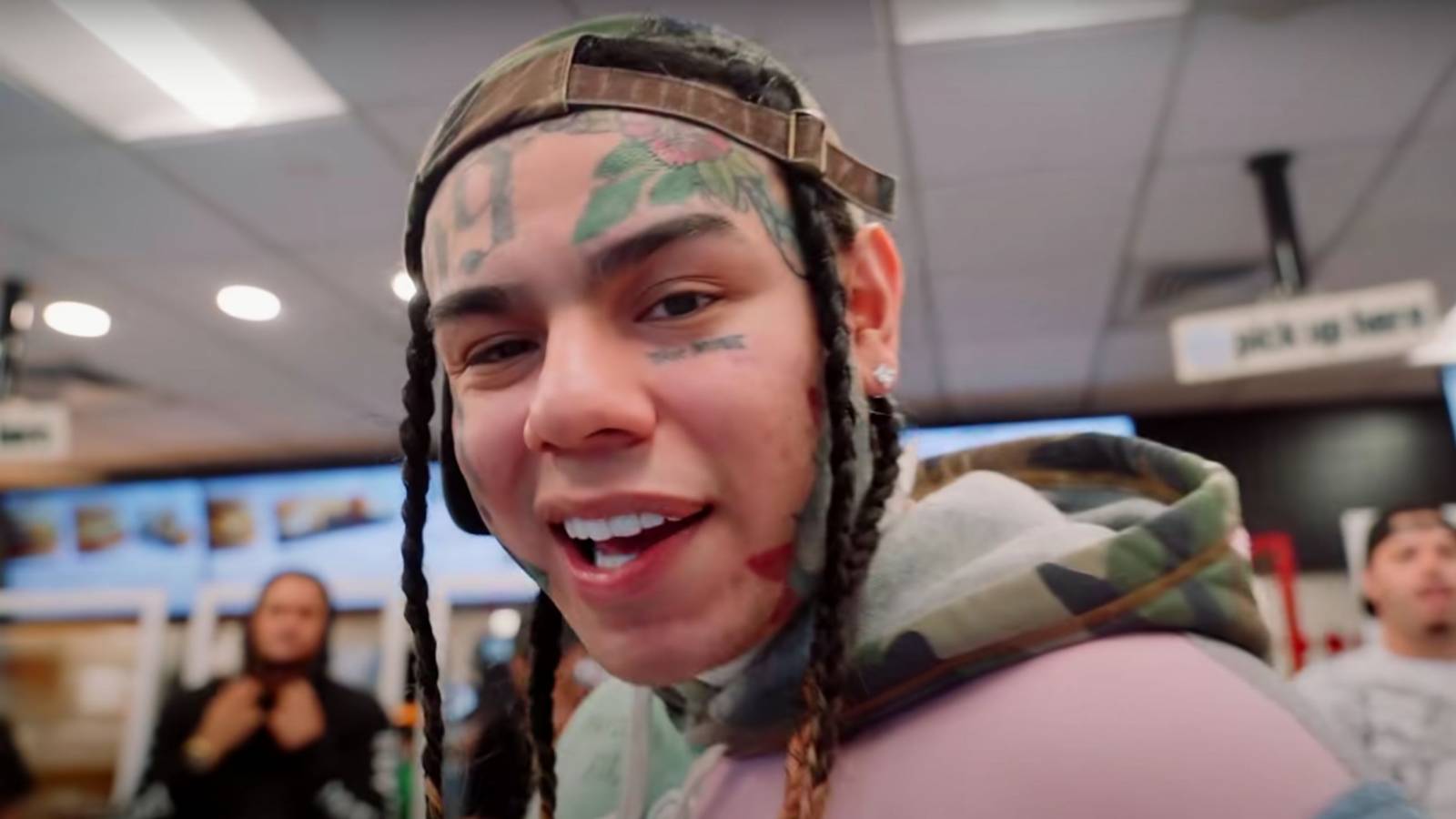 “The public should not even react to clown shit,” Nipsey told Big Boy on his Real 92.3 morning show when asked about his thoughts on him. “The public should follow the real niggas, if the real niggas ain’t reacting so y’all don’t react. Put the dude on goofy time and just let him sit over here doing what he doing till that shit expire, cause it always gonna self-destruct, clearly.”

Since being released from house arrest on August 2, 6ix9ine has also been spotted at a New Jersey mall (security in tow) and in the streets of Manhattan.

Juice Wrld's Mother Admits Her Biggest Fear Was Him Overdosing