T-Pain can attest to some of the weirdest stories in music.

The Florida hitmaker recently shared a story on Twitch about working with Travis Scott during a session for Astroworld in 2018 and how sometimes there is a limit to raging out too hard.

Scott and company eventually got the requested number of speakers just so the Houston rapper could preview some songs from Astroworld, including a snippet of “Sicko Mode” without Drake’s verse.

“[Travis] just kept showing me shit and showing me shit,” T-Pain continued. I was like, ‘You know what? This is motivating me. I’ma try to make some shit.’ I started going in about how I do production. The whole time I’m looking at my computer…Then I turned around. Everybody in the room fucking sleep. Knocked the fuck out.” 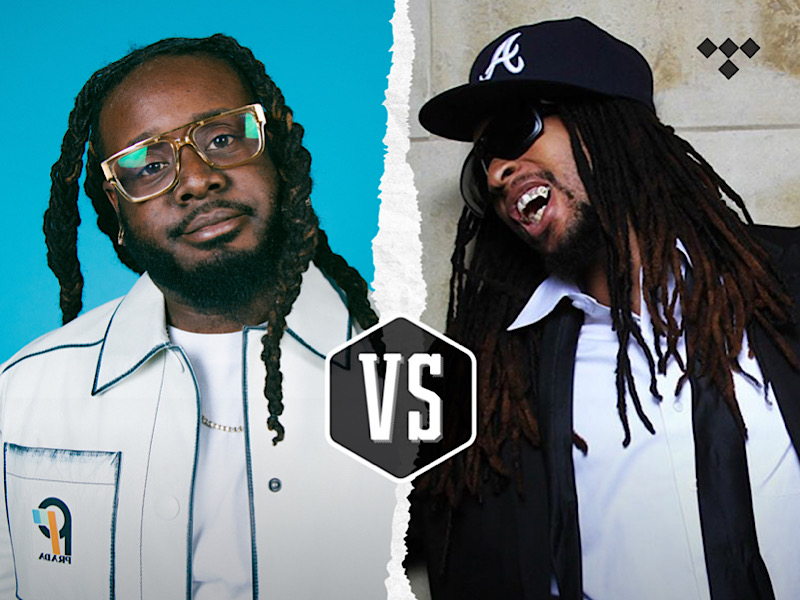 Apparently the “Buy U A Drank” singer’s breakdown of how he works in the studio had either brought the room down or Scott and his crew simply had worn down after a long day. That wasn’t the kicker to Pain who noticed Scott in an unusual position.

“Travis is also somehow sleep standing up,” T-Pain explained. “Don’t know how. Can’t fucking tell you. Don’t know what the fuck happened. Bro, I was only talking for like three or four minutes.”

#Tpain talks about when he met #Travisscott to work with music, during the Astroworld time😂

In the end, Scott’s Astroworld went on the become his second No. 1 album on the Billboard 200 chart, selling over 537,00 equivalent album units upon its release. The album would go on to spawn a Billboard Hot 100 No. 1 single in “Sicko Mode,” which also won several 2018 HipHopDX Awards, introduced the world to Don Toliver and more.

At least T-Pain was kind enough not to disturb Scott and crew’s sleep.