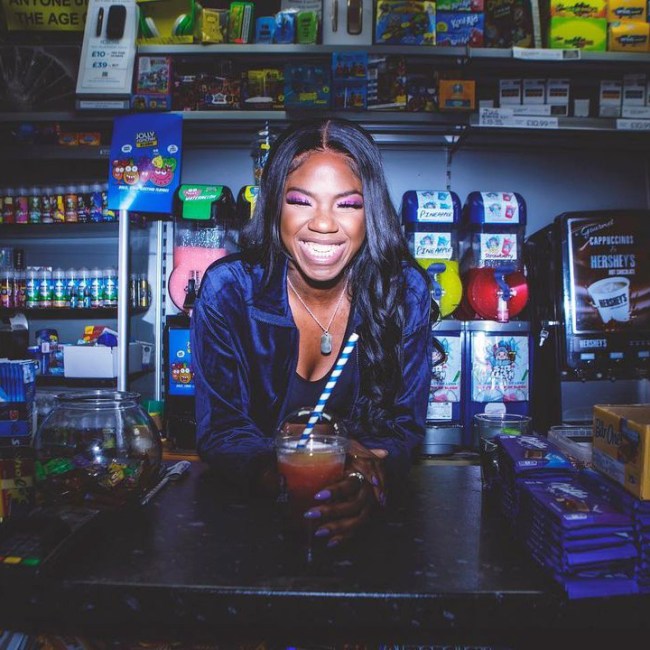 Please support truly independent rap journalism by subscribing to the Passion of the Weiss on Patreon.

Jaap van der Doelen is not a fluke, he’s been tried, he’s the truth.

It’s only been a little over a year since Enitan Adepitan, better known as ENNY, released her first single. The rapper from South East London decided to quit her job and focus solely on music on what turned out to be the cusp of a global pandemic. A bonafide anthem, critically acclaimed remix with Jorja Smith, and an upcoming EP further, that initial snowball can now be considered an avalanche. Time for a conversation with the 26-year old Londoner on her breakthrough. ENNY: “To see so many black women, young black girls and even people of other races understanding what the song meant; that was an important moment.”

A warm bass line is joined by a subtle guitar melody as she strolls the streets in her new video. Her flow switches effortlessly from rapidly spitting smart bars to weaving in and out of the beat melodically, and back again. Its lyrics speak of a relationship running afoul, but also incorporate views on Brexit and the gentrification of southeast London. Her London, from where she shares her story with the rest of the world. The track might be called “Same Old,” but there is nothing overly familiar to what ENNY has to add to hip-hop.

“That was the first song I made in a session,” ENNY says about her latest single “Same Old.” Until that day, she’d been working at a bank, where a career in music seemed like vision from an entirely different realm. “It was my last day at work. I quit my job, said it was my last day, then I headed to the studio. There was a lot going on at the end of 2019, and it all just went into the song.”

As much of a rollercoaster the end of that year might’ve been, it went doubly so for the one that followed. Shortly before the global pandemic broke, she had decided to give up all security and fully pursue her music. “My team asked me if I wanted to release my single,” she remembers. “Well, we have to,” her answer sounded. “Nobody knows what’s going to happen in the future. We might as well drop this.” And so “He’s Not Into You” was released in April 2020. “Looking back now, that question feels like a proper moment. If we hadn’t released it, all these other things wouldn’t have followed.”

And that was quite a lot. Producer Paya heard her single at a radio station prior to its official release, and was impressed. “He reached out, and said he made beats and wanted to have a session. I went and met him, and he played some of his stuff. It was exactly what I’d been looking for. Before that I’d mostly been using beats from Youtube.” He became her manager and connected ENNY with Root 73, a collective of creatives from northeast London. “It’s a bunch of artists and producers and the sounds they’re producing are a whole different energy in London. It feels like a renaissance moment. When I was immersed into it I thought ‘wow, people are making sick music and touching on subjects.’ There’s a lot of collaboration and a real sense of community. They’re not trying to sell what’s already out there.”

Paya also produced her breakthrough anthem “Peng Black Girls.” The track featuring singer Amia Brave on the hook was released in October last year, and immediately caught a lot of attention. On the soulful production, she takes the worn-out archetypes of black women in media to task, and replaces them with all nuances that can be found in between. “That’s the reality a lot of us live in”, she explains. “It’s cool to see exaggerated versions of yourself on TV, but sometimes you just have to represent what’s really out there, because people have a distorted vision of what people are. I just wanted to show what my friends are like and what it was like for people like me growing up.”

The single was released through FAMM, Jorja Smith’s label. Still, its creator could barely believe it when the popular singer wanted to collaborate on a remix of it. “There was a day she was gonna come down to the studio and I was like ‘Yeah, sure. Why would she come down to the studio?’ But she did, and showed what she had done to the song.” To ENNY’s surprise, Smith hadn’t just rerecorded the song’s hook, but also rapped a verse of her own to it. “She was just happy to share it, kinda reserved. ‘You don’t have to use it, I just wanted to try it out.’ Outward I was like ‘yeah, that’s sick,’” she says, mimicking a flat tone. “Because I’m an introvert. But inside I was like ‘Oh my days!’”

ENNY herself hadn’t expected “Peng Black Girls” to do that much. Certainly not the COLORS session of the version with Jorja Smith going viral like it did. “Watching ‘Peng Black Girls’ connect internationally was the most heartwarming thing. I didn’t think people would relate to it—thought it’d just be a London thing. To then see so many black women and young black girls and even people of other races understanding what the song meant; to see black women represented in a way that’s not always shown. That was an important moment.”

“My mom ain’t raise no bitch,
my mother had me in some corduroy and some Nike kicks
My father had me on the keyboard at the age of six
my sister influenced a certain love I have for hits
My brother likewise, and hooked me up with plenty lines
Looking back at it, he probably was committing crimes
In certain places, they’re just calling that shit getting by”
— ENNY, “Nu Normal”

Her family had never doubted her ability to create moments like these. The 26-year old Londoner was born in a warm family with Nigerian roots. Her father played keyboards and was a jazz lover, her mother favors gospel music and through her older brother and sister, she got to know the music of their respective generations. “There were a lot of different tunes in the house, a melting pot of music. And I was 18 when I found Erykah Badu and Jill Scott and ventured into that whole world of soul and neo soul.”

“Since I was a child, everyone kind of saw I was going in a creative direction. I did drama school; I did performing arts in secondary school. The support from my family to quit my job and take music seriously—to quit your job, a stable income, to chase your dream, and have your family support that, that’s an important foundation to have. Just the fact that they believed.” She only had to find that belief within herself as well. “I’ve always felt that it was my calling, but I was scared to pursue it. It seemed unrealistic and didn’t feel like an attainable dream. Everybody has that dream to make music and perform. Plenty of people are making amazing music that don’t get these moments, what makes you so special? What are people going to say if it doesn’t work out?But when I got to working in the corporate world, I sort of had this existential reminder that you only have this one life, and you might as well risk it all.”

It still surprises her how quickly the ball started rolling after that first, self-released single. “I had the luxury of making music and not putting it out so people never got to hear my really, really bad stuff,” she says laughing. “You can’t wait for people to come and give it to you. I used to think as a kid someone would knock on my door and say ‘hey, you like making music?’ But that doesn’t happen. You have to put yourself in the opportunity to make connections. Put out music, have people hear it, and that’s how they connect. You can’t be an artist that doesn’t put out music.”

But maintaining the image required of a pop musician is something she is wary of. Rather, she believes the absence of such a construction is her strength. “We’re in an era where everything is fake. Being real and normal is not something seen as much as it used to be, because of instagram and people creating these personas.” Across her own social media channels, she uses the handle ‘ennyintegrity’. So whether she’s dropping personal stories in carefully crafted tracks, or spitting braggadocio to a classic Premier beat for sport, her integrity remains front and center. “The music brought everything together. That’s what constantly reminds me to remember it’s all about the music. It can’t be about anything else”, she states, full of conviction.

It’s precisely that emotional honesty in her music that makes it accessible to many. It’s how even a white guy from The Netherlands like yours truly can suddenly be struck by an anthem written for black women in London. “That’s the beauty of music,” ENNY affirms. “It brings people’s stories together. There’s not a lot of stories from young black women of African descent in London. I’m just trying to share that perspective.”