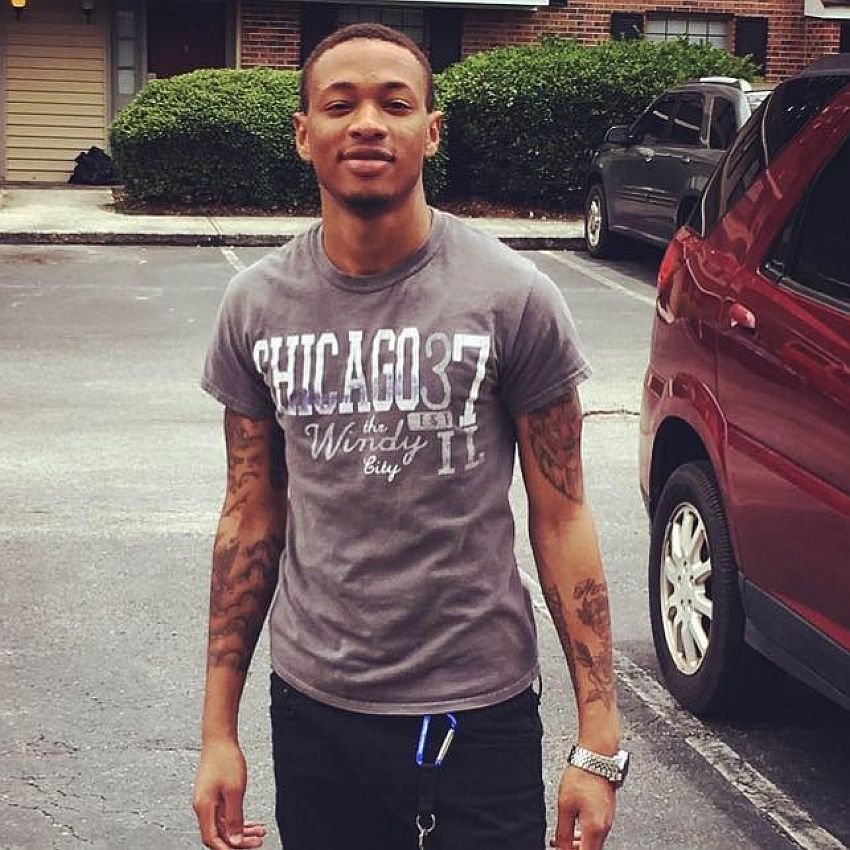 We all can ball if we support each other. Please subscribe to Passion of the Weiss on Patreon.

Caleb Sowie be kicking shit like Rodman did the cameraman.

In 1986, as the basketball shoe market was shifting in Nike’s direction with the success of the Jordan 1’s, former official NBA shoe brand Converse took to hip-hop for its new ad campaign. The result was this bizarre Weapon commercial where a handful of NBA all-stars rapped off-beat about the advantages brought to them by the shoe. Apparently, Magic Johnson’s awkward performance wasn’t much of a deterrent because in the following year, he and the rest of the NBA champion Lakers got together for an anti-drug rap where the irony is that coach Pat Riley has always looked like the intended receipt of a cocaine heist in a Michael Mann movie. The hook is catchy and the beat is fun so it’s better than the Converse commercial, even though “I’m Kurt Rambis” is one of the worst ways to start a verse.

The commercial wasn’t the first time hip-hop and basketball came together. In hip-hop’s first widespread hit, “Rapper’s Delight,” Big Bank Hank of The Sugarhill Gang boasted about watching the Knicks on his new color TV. But going back even further, on what’s often considered one of the first hip-hop songs ever put to wax, Personality Jock by King Tim III and The Fatback Band, there’s a mention of a “slam dunk”, proving that there was never a moment of recorded hip-hop where it wasn’t frequently tied to basketball.

By the mid-80’s, the coupling became formally inscribed in wax, when Kurtis Blow wrote an anthem entirely dedicated to basketball, reminding the fledgling hip-hop nation that “Jerry West” rhymes with “very best.”  The cliche that “rappers wanna be ballers, and ballers wanna be rappers” has persisted since the beginning, but really took hold as both became massively popular phenomenons in the 90’s. From elite shooter Dana Barros to lockdown king Gary Payton, many of the league’s stars made rap records in the offseason. Even Fab Five member Jalen Rose began his rap video cameo career, appearing in PMD’s I Saw It Comin’, where he appears toward the end playing Sega Genesis with Ice Cube. By ‘94, Shaq’s debut album had gone platinum and to this day, remains the only platinum record by an athlete. And who could forget when Master P briefly signed with the Charlotte Hornets and the Toronto Raptors in ‘98 and ‘99 respectively, only to be waived from both teams before they began their regular seasons.

Around the turn of the millennium, Shaq essentially put down the mic to acquire NBA championships and hip-hop’s new favorite became Allen Iverson, whose rap career was cut short due to controversy and lost interest. The vulgar lyrics in his 40 Bars is a far cry from Shaq’s “I don’t give a heck,” but it remains an essential piece in the hip-hop/NBA canon because his flow came natural, which is more than can be said about most of his contemporaries.

By 2006, Jay Z had a minority stake in the Nets franchise, Nelly had a double-double in the 5th annual celebrity all-star game, and Jalen Rose had been in eight rap videos from Styles P to Ludacris. The marriage that began almost 30 years prior had been fully consummated, and hip-hop had come a long way from breakbeats and Aerosmith collaborations. At the same time, as mixtapes found their way from streets to blogs, the genre entered a new era of direct-to-consumer efficiency. Artists released tapes for free download, completely unregulated by their labels. Freedom in hip-hop hadn’t been seen like this since Converse started using lazy raps to sell shoes.

With this freedom, rappers weren’t just making one-off references to their favorite players, they were dedicating entire songs to NBA stars. Lil Wayne released “Kobe Bryant” just before the 2009 NBA finals, clearly motivating Kobe to win his fourth NBA title and first Finals with jingling melodies, sparse 808’s, and instructional hook.. In 2013, Lil Snupe dropped “Melo” a month before Carmelo Anthony led the Knicks past the first round of the playoffs for the first time since 2000. In 2014, Shy Glizzy, Lil Mouse, and Young Chop connected on “John Wall,” putting the NBA’s latest star point guard in an exclusive class of players with more than one hit record about them, and sending him on his way to five straight all star appearances. In more recent years, “White Iverson” and “Mo Bamba” topped the charts, with the latter being the largest gap between song popularity and player accomplishments in rap-songs-named-after-basketball-players history.

There are plenty of lists out there ranking the best rap songs named after NBA players, so this is not that. Instead, what follows is a list of undiscovered gems about NBA role players. The guys that are typically reduced to stray lines like “she got that bag from Juicy J, she got that ass from Rudy Gay,” and “big ass shotgun look like Lauri Markannen”. Hip-hop is popular enough now–and the barrier of entry low enough–that there are artists on Soundcloud that haven’t yet had their big break making songs about basketball players in the same position, perhaps in an attempt to predict the next big star or just to show love to their underrated favorites.

This one stands out for a few reasons. For one, the single artwork–which seems to be taken at a high school graduation–looks like something your grandmother might download from your Facebook and re-upload as her cover photo. It’s an interesting contrast to the song, which has the lyrics “got some pack, keep it tucked in my sock,” and “I fuck with her ‘cause she likes to get high, but I don’t love her so I’m leaving tonight,” which is something Future has been saying his whole career.

It’s hard to say why Glockk Lee used De’Aaron Fox as the central focus of this track, seeing as his profile location is Hagerstown, Maryland which, as a region, doesn’t seem to have any ties to the young Sacramento Kings guard. Sometimes it’s as simple as needing something to rhyme with “sock.”

There’s a fun moment in the song where someone in Glockk Lee’s company cracks open a Miller Lite, commencing “Miller Time,” which serves as his cue to leave, or as the ad lib says, “hit the dash.” There’s also a “soldier” ad-lib, straight out of Soulja Boy’s “Pretty Boy Swag” less than 20 seconds in, which sets the tone for the rest of the song.

With the only drill song on the list, Brooklyn-based Spenz bounces around the serviceable instrumental, and with his strong delivery makes a solid two-minute record.

The most interesting thing about these songs  is seeing how the artists incorporate player references into the lyrics. In most cases, it’s “balling like I’m ______” or, if the player is particularly efficient from behind the three point line, there’s usually some sort of simile or entendre about shooting. In fact, this was so common in my searches that I decided to go back through the years and see if every three point contest winner had a rap song named after them.

I made it all the way back to 1996 before I was met with Tim Legler, who is 5th all-time in three point accuracy by percentage, but unfortunately doesn’t have any songs named after him, although Riff Raff did mention him in the track “Foreign Land.” Keep in mind that Tim Legler peaked in cultural relevance somewhere in the late 90’s so it’s very possible that there’s a song tucked away on a cassette somewhere with a track named after him.

Spenz’s J.J. Redick bars don’t seem much different than all the other common shooting references but look, “Shooting shit, J.J. Redick,” actually has a double meaning in this case because, yes, he’s one of the most elite shooters in the league, but he’s also a prolific podcaster, which is a medium where you, famously, shoot the shit.

Long Beach’s Duke Contrail never name-drops Cam Reddish in this track, but instead channels him indirectly by claiming to be underrated, and calling himself “the sleeper of the draft.”

Reddish was drafted 10th overall in 2019 and is the second player on this list that played college ball at Duke, suggesting that maybe coach Mike Krzyzewski molds players into something worth rapping about (but it really just has more to do with the kind of success that comes with choosing to play college basketball at Duke.)

This song sounds like it was recorded while Contrail’s parents were asleep, which is usually hard to recover from in a rap song, but it works here. The rushed flow can get a bit cluttered but it makes for a nice high energy in relation to his more tranquil tone of voice.

With this instrumental hot off the Dreamchasers factory line, Breezo raps his ass off for about two and a half minutes, packing his raps with an impressive level of lyrical density. The inventive nod to the veteran Utah Jazz guard, “overpay me, underrate me, fuck it, I’ll be Mike Conley” is a reference to the 5 year, $152 million contract Mike Conley signed in 2016, which was the largest contract in NBA history at the time. It’s significant because Mike Conley had never–and still hasn’t–been an all star. He’s a consistent player and he deserves to get paid but the contract definitely turned some heads.

Beyond that, there’s also a mention of Jared Sullinger who, like Mike Conley, played for Ohio State and led them to one of their most successful seasons in the last 20 years. With Buckeyes references abound, I assume Breezo is from Ohio, or at least a fan of Ohio State basketball.

I also appreciate the bar where he shamelessly admits that he can’t drive and says he sits “passenger like Robin.”

Sule’ is a New Jersey based rapper, and “Coby White,” off of his Eviction Notice EP feels Westside Gunn-inspired, not only because of its brooding horn sample but because of his own personal “doot doot doot” ad lib. There’s also a Westside Gunn tag in the song bio so it seems that Sule’ recognizes his inspiration.

The hook refrain, “since a rookie, been on his bully, I think I’m Coby White,” references the Bulls point guard who’s known for playing hard and, just last year, made the All-Rookie Second Team.

The rest of the track is dense with metaphors and similes like “the crack divas break down lines like Rap Genius,” and, “potato on the barrel, make the silencer on it sound like a screenshot”. And this doesn’t even account for the beer bars: “This bud wiser, my plug in Corona gave me the whole plate, the King Cobra eat your whole face, couldn’t bear it ‘cause your core’s light, the Lieutenant said it’s a cold case.” Cheers.

I’ve listened to this several times now, and I don’t think he ever mentions tenured Nets guard Spencer Dinwiddie so the dedication to him feels random but honestly, this may be the best way to honor a personally beloved basketball player. Instead of turning their likeness into some sort of punchline, you just attach their name and photograph to a good song that you made. We’ve seen Isaiah Rashad do it many times with tracks Ronnie Drake, Brad Jordan, and Sydney Jones. At the end of the day, I decided that it doesn’t matter why HomeTeamJuan dedicated the song to Spencer Dinwiddie because the instrumental is crazy, and the verse, almost definitely recorded on an iPhone or laptop mic, is exceptional. This is a gem.

Drake, Big Freedia & Cash Money Sued For Allegedly Stealing “In My Feelings” & “Nice For What” Beats