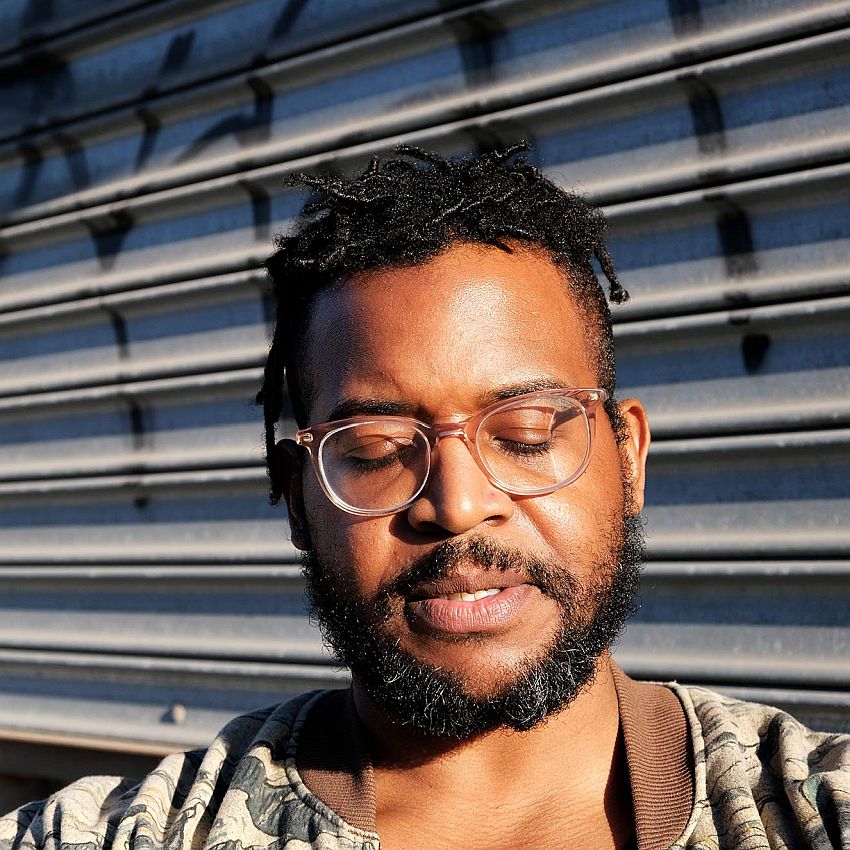 Please support the last of the real hip-hop blogs by subscribing to Passion of the Weiss on Patreon.

This article is taken from Will Schube’s newsletter, Albums I Can’t Write About For Profit. Subscribe here to access the entire archive.

Most people set their watches to bad clichés, but I set that shit to brilliant ELUCID albums. It’s easy when the dude spits out classics like they’re sunflower seeds, but still, it saves me a biannual trip to the watch repairman. In 2020 alone, ELUCID teamed up with his sometimes rap partner, billy woods (don’t you dare capitalize), for another Armand Hammer record―which, if you haven’t heard it, head to your favorite streaming service as soon as you’re done fully engaging with this #content―and made an album with The Lasso under the name Small Bills. The album is called Don’t Play It Straight and you can stream it below this paragraph. That’s a lot to keep track of, so over the course of the coming paragraphs we’re gonna catch you up on the moves E has made and why said moves qualify him for Insanely Great Rapper status.

I first heard ELUCID on an Uncommon Nasa song from 2014, though it probably wasn’t a year or two later that I actually gave it a listen. I had begun getting into billy woods on the recommendation of the great Paul Thompson, and wherever woods was, Elucid wasn’t far behind. woods was featured on that Uncommon Nasa album, New York Telephone, and two tracks later, ELUCID appears, seemingly summoned from some otherworldly expanse to prognosticate bars of Blackness in America and the inherent inequities of broke ass capitalism. The crazy thing about ELUCID back then is how similar his approach to rapping was as it is now. It’s like he emerged fully-formed, with a philosophy on how to rap that’s never wavered, only improved.

Perhaps that’s why he’s so malleable in his willingness to collaborate. Though Armand Hammer’s been around since they dropped Race Music in 2013, it wasn’t until 2017’s Rome (probably not until 2018’s Paraffin, though, if we’re being honest) that they emerged as an unrelenting force in rap’s New York underground. We should have seen it coming. woods’ solo work has been otherworldly since 2012’s History Will Absolve Me. Dude was right. Absolved. ELUCID sat along a similar timeline, though just a few years after. The common theme here is consistency, and both woods and ELUCID spent the early parts of their rises (solo and together) dropping gems year after year.

ELUCID’s most successful solo LPs, 2016’s Save Me and 2017’s Valley of Grace―with a special shoutout to Shit Don’t Rhyme No More, a 2018 collection that E created for a tour with milo and JPEGMAFIA (the LA show happened literally a week before JPEG blew up, and I interviewed milo that same night)―introduced the MC to a wider audience, and though I prefer Save Yourself just a bit more, the concept of Valley of Grace introduced a spirituality into indie rap that many fans hadn’t found elsewhere. The liner notes read: “I am proud to present Valley of Grace, a self written and produced audio/visual travelogue to my summer of 2016 spent in Johannesburg and Capetown South Africa.”

ELUCID always seems to be reflecting, and much of his work mirrors where he’s been and how he thinks. After that tour with milo and JPEG, E linked up with milo for a record under the moniker Nostrum Grocers. I reviewed their stellar debut for Pitchfork, and wrote the following about ELUCID:

Elucid, about 10 years older than milo, is the guiding light for Nostrum Grocers’ thematic scope. Elucid’s stark depictions present him as a vessel into a broken world, one able to conjure up stories of poverty and institutional racism like a ghost of housing projects past, internalizing these ills and illuminating them so the rest of us can see. He often deploys a low growl, giving his delivery an air of desperation. On Nostrum Grocers, Elucid’s jab-jab-cross of a voice helps give the record its precise and rumbling aggression.

2019 was relatively quiet on the solo front for ELUCID, and while his album with The Lasso features him as a starring artist, it’s still a collaborative album under a different name. I rang up E to talk a bit about the album, and though to some it may scan as semantics, I found his approach to this album―as a piece of the puzzle―to be revealing regarding the way he approaches solo music.

I always do the same thing because I approach projects as a producer. I always want to tweak something. I always think something can be cut. I’ve never done a project with a producer, one on one like this. I’ve never done a project like that where it dictated everything and I just rapped. It was weird to take a step back, because if I’m going to take on a project, I’ve already seen the end of it or what I imagine it to be. We can work to get there and then the end result may not be what I imagined. On an album like this, I have to let it be what it is.

It’s interesting to see ELUCID give up some control of this record, partly because he’s clearly a perfectionist, but also because he was making this album at the same time he was making the new Armand Hammer record, Shrines. On a project like that, woods and E are in total control of every aspect of the project, from style to rhyme scheme to the texture of the beats. On Don’t Play it Straight, ELUCID and The Lasso are co-conspirators, and their worlds meet somewhere in the middle.

It’s thrilling, because we’ve never heard ELUCID rap over beats like these. They’re fractured and jangled, and The Lasso’s beats push E to a place he’s never been before. He’s cooking in live time, adjusting and adapting to the off-kilter pulse of The Lasso’s beats. “I’ve never respected genre. I’ve never respected styles, because I have them all. I worked myself into a corner because I rapped over a particular type of beat for a number of years. I wasn’t dipping into my bag of swords to pull out other blades that had gotten underused,” he explained. On Don’t Play It Straight, ELUCID pulls out more weapons because he has to. “Now I have the whole arsenal.” It’s another brilliant team effort from ELUCID and a peer, and while dude deserves a break after his brilliant 2020, I can’t wait to see what he does when left to his own devices.