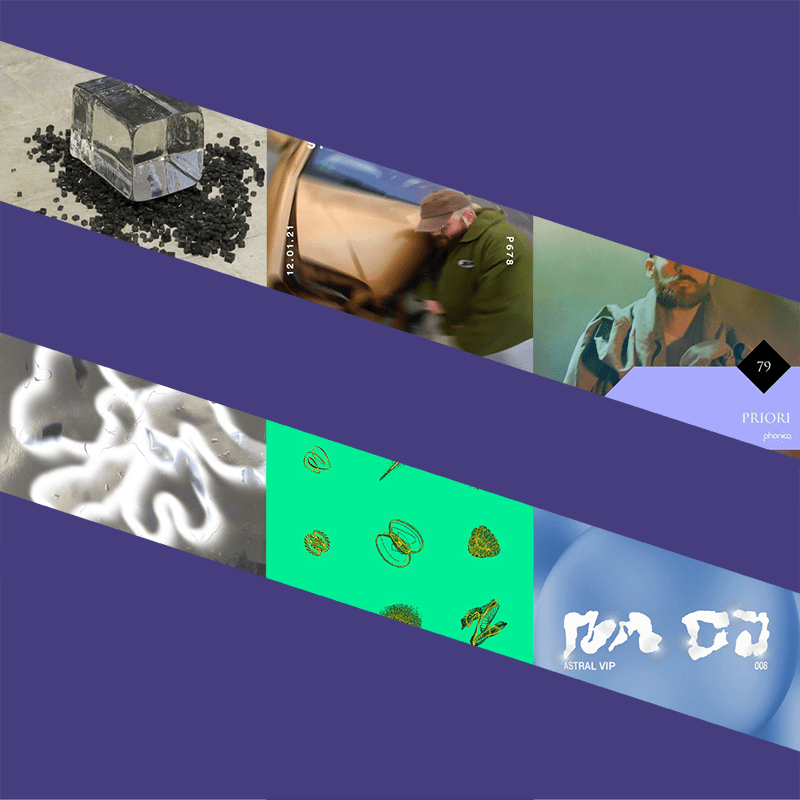 Please support totally independent music journalism by subscribing to Passion of the Weiss on Patreon.

It may be cliché to say that January is a month for self-reflection, but it’s not exactly wrong, either. Fittingly, much of the month’s best mixes traded in contemplative stillness: KMRU’s otherworldly beauty, Perila’s wide-ranging take on new-school ambience, Special Guest DJ’s session of granular and finely textured synths, Philip Sherburne’s slow-motion tumble of lush and liturgical electronics. Depending on who you ask, there’s been a bit of an ambient-music revival in the past few years; many of these sets could work as evidence.

Even the more uptempo sets offered a bit of interiority: Wonja’s mix for c- may be club music through and through, but it’s deeply zonked-out and knocked off-balance, full of spots for ravers to get lost in their head. Priori’s mix for Phonica Records is ninety minutes of blind alleys, blending dancefloor cuts, wide-open ambiance, and alien electronics into a playful and disorienting pile-up. In their offering for Berlin’s Radiant Love, Eoin DJ mixed techno and trance tracks into a bittersweet love letter to the club.

Here are some of the best DJ sets January had to offer.

Dance music’s history is stuffed with whispers of escapism and elation. Enough solid kicks, the idea goes, can knock a raver skyward. RL 017, recorded with the dancefloor in mind, makes good on the promise. After a few minutes of ambient-techno warm-ups, Eoin DJ turns up the heat and spends the next hour mixing sun-kissed trance and techno. The specifics vary from track to track—vocal-tech belters, bass-heavy trance cuts, four-on-the-floor pounders—but Eoin DJ keeps the set careening forward throughout. RL 017 bottles up a particularly great night out and turns anywhere into a dancefloor.

For Vertical Reality: VR #1 Wires and Voltages, Glenn Astro goes long, blending cloudy ambience with the occasional neck-snap moment of clarity. He mixes with a sort of dream logic, popping unexpected figures out of the murk before deepening the haze just as suddenly. Much of the set is dominated by unfurling synths and slow-motion sighs, but it’s the left turns that really stick out: the noodling space-age boom-bap, the eleventh-hour shot of energy from corrugated gqom and frenzied rap cuts, the pointillistic trance selections and ambient-pop blends. It’s a thrilling and wide-ranging session that consistently shoots a bit left of center.

Joseph Kamaru had a busy 2020, releasing at least five albums and as many EPs of spiraling ambience. If January works as any indication, he shows no sign of slowing down—two mixes have been selected for this column, but he put out at least three. More impressive than his work’s quantity, though, is its sheer quality: this is shapeshifting and captivating ambient music, blurring the lines between otherworldly beauty and spine-tingling horror with ease. He spends much of 11th January 2021 blending liturgical drones and skittering piles of static, threading a few almost-techno grooves in for good measure; the result is both transfixing and subtly unpredictable. ML605 works with similarly frigid material, but weaves a few more beats into the mix, coating them with fuzz or queasy synthesizers before turning back to stillness. It may be the more straightforward of the two, but it is no less disorienting. Taken as a pair, they illustrate the kind of ambient that KMRU made his name on: graceful and austere, focused on climbing towards the horizon but plumbing crevasses along the way.

On Astral Cast 008, NM DJ digs deep into their crates and conjures a thick smog. The mix moves between sounds with abandon—sloshy breakbeats, otherworldly trap, bass-blasted ambient-techno murk—while retaining an engrossing and wholly indecipherable logic. It’s hard to tell where NM DJ will go next, but it always makes sense in the moment. It’s impressive how few of their blends call attention to themselves, given how audacious some of them are. (Late in the mix, they mix whirling ambience with a phone’s dial tones; somehow, roughshod jungle joins them perfectly.) Astral Cast 008 is both captivating and unpredictable, combining the murkiest ends of breakbeat, ambient, and rap into a dimly lit blur.

As Perila, Alexandra Zakharenko is part of an ascendant class of ambient producers and DJs. Whether in Kansas, Berlin, St. Petersburg, or smaller hubs in between, these artists have created a strange, coherent, and thoroughly off-kilter world out of glacial synthesizers, musique concrète, dub, and nothingness. (Another of these artists, uon, appears later on this list as Special Guest DJ.) In their mix for Experiences Ltd., one of this scene’s lodestars, Perila shows off what makes this vision so compelling. They blur the line between ambient dub and field recordings until any distinction seems an exercise in pedantry; they infuse beats with negative space until they nearly disintegrate. Room With a Big Glass Window is wide-ranging and quietly beautiful, moving with an unhurried grace as it blends countless forms into an intangible fog.

Given enough space, the ripples left by a note can outlast the initial strike. Philip Sherburne outlines this idea countless times in his mix for Tbilisi’s Left Bank, blending lush and striking ambience with an unwavering patience. Left Bank Podcast 006 moves between decades, labels, and sounds, but it stays at a whisper throughout. This may be its greatest strength: its quiet motions encourage deep listening, and its flickering tones—whether in the form of plaintive minimalism, garbled synthesizer workouts, or Glassian choral recordings—are thoroughly transportive, even though the scenery is obscured behind a thick haze. Here, Sherburne reveals, again and again, the power of leaning in and slowing down.

In his entry for Phonica Records’s mix series, Priori offers up a labyrinth of left turns. Phonica Mix Series 79 sheds its own skin with alarming regularity, slithering into previously unseen crevasses and emerging somewhere wholly new each time. World-weary drones give way to futuristic hisses and clicks; corroded boom-bap melts away to reveal skittering electronics underneath. Priori keeps up this game of blind alleys for nearly ninety minutes, sliding between modes without losing the plot. It’s a beguiling listen, packed with alien electronics, thrilling blends, and otherworldly logic.

Secret Colors has been crafting lush ambient music for over a decade at this point, but he continues to find new nooks and crannies in his sound. For Dream Logic, he broadens his sound ever further, blending an hour of synthetic sighs suited for stargazing. As the ambience deepens, he complicates the haze in a number of ways—sputtering machinery, bleary guitar loops, broken-machinery almost-techno—but the set always returns to slowly shifting and slightly hopeful ambiance. With wide lenses and a patient hand, Secret Colors imagines an entirely different world.

On XLR8R 678, Special Guest DJ finds beauty in the minutiae. The mix moves between fuzzed-out dub, glittering synthetic ambience, and glitch-rattle musique concrète, blurring the line between the three with ease and grace. (It should come as no surprise that he co-heads xpq? and manages Experiences Ltd., two of modern ambient-etc.’s most exciting imprints.) The power of this mix, though, isn’t in its broad delineations; instead, it’s in the particulars. Each track seems to zoom in on a different textural detail: the way a synth stretches out into the distance, the hiss-clatter of a drum machine drenched in reverb, the wash of dreamy keyboards coated in static and barely present hi-hats. XLR8R 678 moves between wildly disparate details without losing the broader picture, showcasing a singularly chilly vision of ambient music in the process.

Rootless Flowers starts off-kilter: a few drums pattering between stereo channels, a few distant intonations, and not much else. It’s a fitting beginning to the mix, which is full of zonked-out club tools and slow-motion almost-ambient churning. Whenever it threatens to get too straightforward, Wonja throws in some garbled vocal samples or uncanny-valley synthetics. The mix slowly picks up steam, eventually turning to a playful and outré pile-up of club sounds, but that devil-may-care attitude never leaves. Filled with baffling blends, unpredictable sound design, and waterlogged grooves, Rootless Flowers is a matryoshka doll of wigged-out dance music.

Boosie Badazz Gets Heated Over Webbie Question On Instagram Live