Well, that didn’t take long. Just a few days after Cardi B and Megan Thee Stallion unleashed “WAP” onto the world, Safaree decided to make a remix called “B.A.D.” or “Big Ass Dick” — and the internet apparently hates it.

The Love & Hip Hop: Hollywood personality dropped the song on Monday (August 10) much to Twitter’s chagrin. The single art features Cardi and Meg on either side of him with another woman (is that you Erica Mena?) on his knees giving him oral sex.

In all fairness, Safaree did have the internet going nuts in February 2018 after a collection of his nudes leaked online.

Although Safaree denied he was responsible for the leak, it worked out in his favor. In August of that year, he landed a contract with Doc Johnson worth millions of dollars to develop his own sex toy line featuring a mold of his manhood. 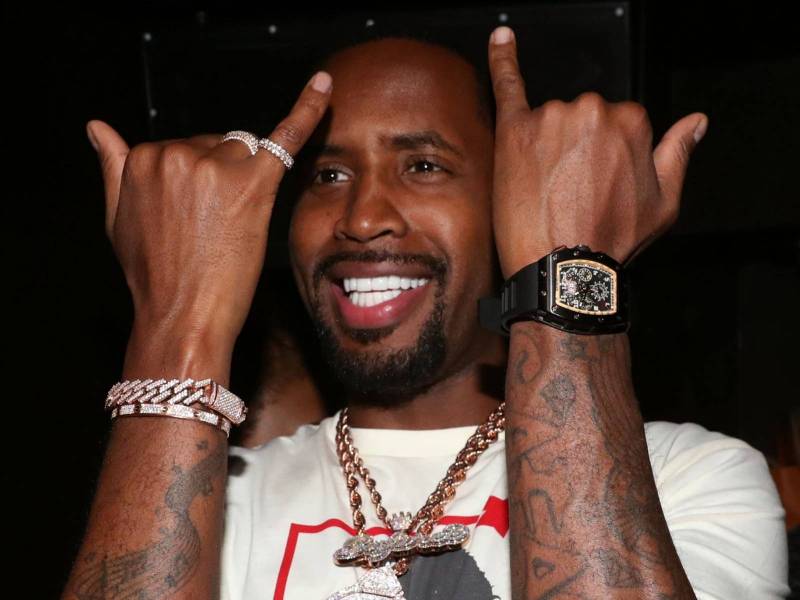 “I work hard so I can get the last laugh,” he wrote on Instagram at the time. “When y’all think I’m losing, I’m not. People who fronted and thought I’d fall off, suck my sex toy.”

Regardless of his success in that industry, Twitter wants the “B.A.D.” remix thrown in the trash.

We can’t have shit to ourselves #safaree pic.twitter.com/5jqejW2NGP

Me trying to find the person who told #safaree this remake of WAP was acceptable. We did not ask for this! 🙄 pic.twitter.com/ACmgitQ342

i heard that safaree B.A.D. remix and i just want to ask why are cancer men. pic.twitter.com/Je2Rsj3Pdc

The way I will start a petition to ban Safaree’s remix of WAP from all streaming services… pic.twitter.com/lg6rOtaEFL

That remix with Safaree. Ugh! It’s enough songs out about men and their penises, I’m good.

safaree needs to be arrested for that remix

Men can’t let women shine. No one asked for a remix to WAP, Safaree. pic.twitter.com/dxDBvUMcyo

Safaree made a “remix”? pic.twitter.com/v8Tb8H7e7F

Who asked Safaree for this WAP remix? 😭 pic.twitter.com/NctDjegk3v

Safaree always doing the most man…
He should left the remix to his ex nickiii but nah homeboiii had to act a fool https://t.co/gUx1jOj4V6

Drake CONFIRMS he has secret son on new album Scorpion