Royce Da 5’9 has the internet talking after he shared an intriguing post to his Instagram account. On Sunday night (May 10), the veteran Slaughterhouse MC uploaded a video clip of some new music he’s apparently working on.

He wrote in the caption, “NOBODY else besides Dre understands Em creatively like myself … #DoTheLonely.”

NOBODY else besides Dre understands Em creatively like myself … #DoTheLonely

The mere mention of Eminem’s name sparked a rumor he was talking about Bad Meets Evil 2, the highly anticipated follow-up to the duo’s 2011 debut EP, Hell: The Sequel. Comment after comment inquired about the possibility of Bad Meets Evil 2 arriving sooner than later.

In a May 2019 episode of the RealStreetRadio video series “Crook’s Corner,” Royce revealed to host KXNG Crooked he and Em had a few songs locked and loaded.

“We got a couple songs in the vault, that we messed with, like awhile ago, but it ain’t been like an opportunity for us to go in and do nothing with each other,” he explained. “Like, I see him on the road, and I got my own studio now so I’m not in his studio as much as I used to be.

“He always working, it would literally just be for him to call, and be like, ‘Yo, let’s do this shit.’ I’d make time, ’cause I have so much fun doing it. It’s easy, it’s not a lot work, it’s one of those fun challenges.”

Bad Meets Evil was formed in 1997 after the late Proof introduced the two Detroit MCs. Following Hell: The Sequel and four singles together, the duo broke up after Royce and D12 got into a feud. It ultimately ended in April 2006 when Proof — a D12 member and Shady’s best friend — was shot and killed. 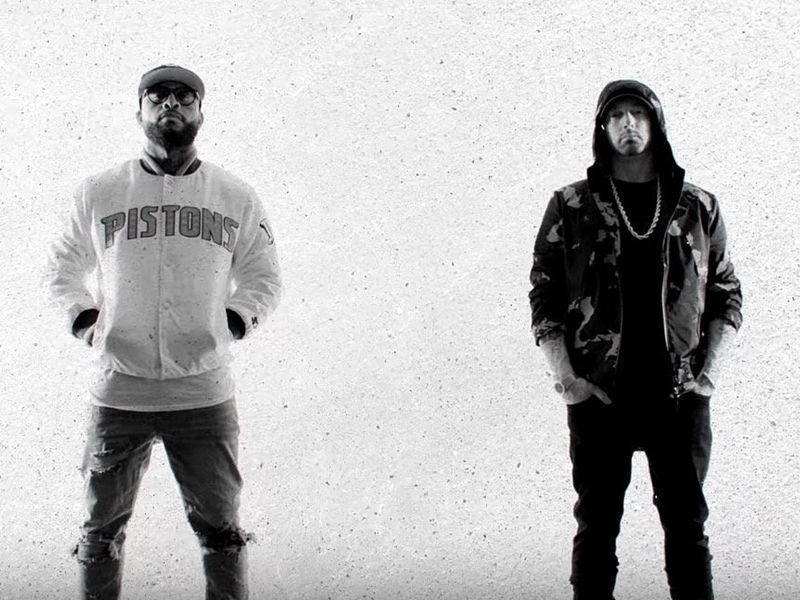 Royce has appeared on several of Em’s projects over the years. Most recently, he contributed to Shady’s 11th studio album Music To Be Murdered By on the songs “You Gon’ Learn,” “Yah Yah” and “I Will.”

Where My Girls At: 15 Girl Power Songs To Get Your #InternationalWomensDay Started