Rick Ross is willing to make peace with 50 Cent — but under very specific conditions.

The Miami rapper spoke with Billboard ahead of his Verzuz Instagram Live battle with 2 Chainz on Thursday (August 6) following 50’s praise and intent to use Ross’ 2010 hit single “B.M.F.” for his upcoming STARZ Black Mafia Family series.

So what’s funny is when I was on Instagram last week, I saw @xxl posted a video of @richforever rapping to @losangelesconfidential and @50cent “Hate It or Love It.” Ross was so geeked listening to how 50 rapped on the track that he went far enough to call that “his best verse.” So during my conversation with 50, I flipped it on him and asked him to choose his favorite Ross verse or record despite their past rivalry. He chose “BMF” and even went far enough to say he would include the song in his upcoming Black Mafia Family show on STARZ. Talk about crazy?!?! You can check out the rest of 50’s interview with me in the bio. #50cent #rickross #bmf #hiphop #rap #billboard

Ross told Billboard that he would think about it, only if 50 did something for him.

“That’s most definitely a discussion I’ma have to have,” Ross said. “But him reaching out, I’ma profit off it. And that’s what it’s about with me. I told him that. He could go to Wingstop and take a picture of a 10-piece Lemon Pepper (wings) and while you at it, take a picture with a Black bottle (of Bellaire). And if he do that and post that, I’ma really consider clearing the “BMF” record for the show. Shoutout to Southwest T. So I would love to see the brothers shine, it’s not about Curtis Jackson at all.”

He added, “Tell him to take the picture with the Belaire bottle, hold it up and hold it up high. When I see it, tell him for the first time, I’m gonna come to his page and like the pic.”

If you remember, a few weeks ago, I spoke to @50cent and I asked him his favorite @richforever track after Rozay said years back that Fif’s verse on “Hate It or Love It” was his favorite verse from him. So, in return, 50 said BMF and that he wanted to use the song for the show. In our newest interview, Ross said he would consider clearing the record for the STARZ TV show “Black Mafia Family” if 50 posted a picture of himself at Wingstop with Lemon Pepper Chicken in-hand on Instagram along with a photo of him posing with a Belaire bottle. What do y’all think? Fair trade? I mean the record and show goes hand-in-hand to me. 🤔 #rickross #50cent #bmf #hiphop #rap #billboard

The petty is just the latest in the war of words between the two longtime foes. Even after 50 gave props to “BMF,” he referred to Ross as “passive-aggressive” and said that while he was a “talented writer” he could never get over the fact that he was “a correctional officer.” The move comes only weeks after Ross gave props to 50 and his 2005 “Hate It Or Love It” collaboration with The Game.

“I liked how that nigga said his mama was kissing a girl,” Rozay noted. “That shit was hard.” 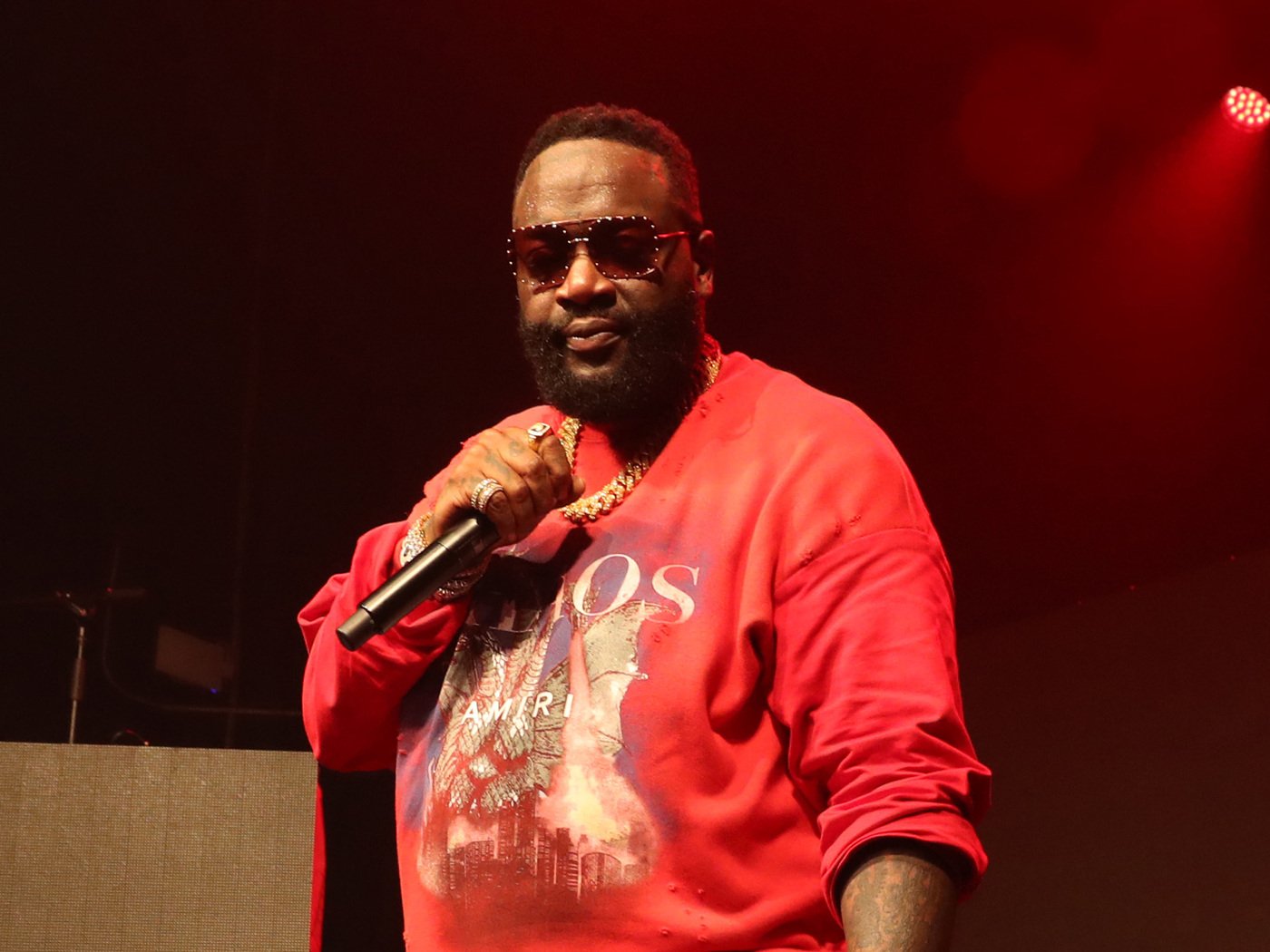 Elsewhere in his conversation with Billboard, Ross explained why he made it a mission to single out Terry Crews on his new song, “Pinned To The Cross.”

“When shit goes down, ain’t no time to explain yourself. You’re either running with us or running from us. That’s what it’s all about,” Ross said of the America’s Got Talent host. “It gotta be obvious. Him tiptoeing and moving the way he moves, I’m bringing it to light, and he can take it however he wanna take it, but I ain’t fucking with him.”

Neon Cake Is The New EDM Brand That Promotes Tolerance, Unity, And Love Through Clothing And Music