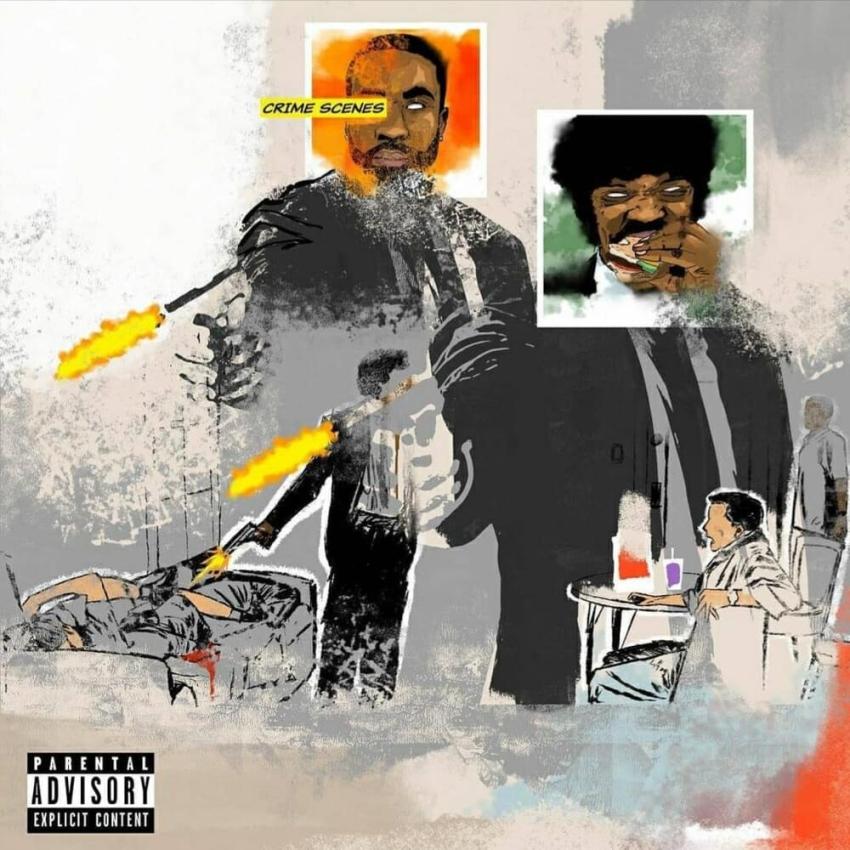 We’re here for you when the streaming services stop producing good content in the remaining days of quarantine and when they continue to shuffle through a tired, lifeless algorithm. Please support Passion of the Weiss by subscribing to our Patreon.

Son Raw should have spent that film school money on a camera.

Ransom’s always been on his movie shit. The Brooklyn born, New Jersey raised and repping emcee’s earliest albums available are titled Street Cinema and Lights Camera Action, and his rhyme style has always veered towards the type of cinematic street tales that parse real life experiences through the heightened emotion of the silver screen. Yet while both hip-hop and cinema focus on larger-than-life stars, they also remain collaborative art forms, and in Nicolas Craven, Ransom found the De Niro to his Scorsese, or more accurately, the Bernard Herrmann to score his Hitchcock.

What started at the top of 2020 with Director’s Cut has since spawned two direct sequels, the equally powerful Deleted Scenes, and the (temporarily deleted for sample clearance, now restored) Crime Scenes, a run cementing the duo as one of the most interesting pairings in the crime rhyme underground. On paper, five releases in a year might sound like too much of a good thing, but at 90 minutes total in convenient 10–30-minute drops, the result is the rap equivalent of a great streaming show: easy to binge without burdening your schedule.

More importantly, Ransom and Craven have developed a truly unique sound and outstanding chemistry across their year of releases. Like everyone operating in the new East Coast space, there’s an obvious debt to the sample-heavy, drum-light, work of Roc Marciano but whereas Roc zeroes in on dirt-encrusted ephemera of the late 60s and early 70s, Ransom and Craven focus on symphonic soul that often substitutes lo-fi weirdness for the drama and emotion of a film score. It’s the perfect backing for Ransom’s rhyme – an unrelenting torrent of boasts, regrets, advice and recriminations on the drug game and life in America. Throw in some classic crime film samples and an equal amount of lyrical references to the video store canon, and you’ve got the makings of a unique duo that not only stands out from the wave of post-Griselda street rap, but also feel like heirs to the classic producer-emcee tradition of Gang Starr and the turn of the millennium stylings of State Property.

They’re also a duo that could have only come together in this particular moment in Hip-Hop. While Ransom has orbited the industry since the early 00s as part of the DJ Clue-affiliated A-team and as writer for hire to the stars, he sometimes lacked the stand out production needed to complement his flow, particularly in a post-Jay-Z era when East Coast rap was rediscovering its footing. Nicholas Craven meanwhile, is based in my hometown of Montreal, a city whose cultural gatekeepers often feel pathologically hostile against hip-hop and that would rather promote just about anything else.

A decade ago, Ransom may have needed to spit over trap beats, while Craven might have taken the path of a Lunice or Kaytranada, the MTL beatmakers pushed towards success in the club space. That the two linked up says a lot about how rewarding the current rap ecosystem is, that they built on that connection says a lot about how savvy the two were in recognizing their musical chemistry. Better yet, thanks to Ransom’s affiliation with 38 Spesh and Che Noir through Trust, the stage is set for the group to carve out their own identity in Hip-Hop, as the East Coast scene evolves.

Above all, the duo’s success is proof that the current wave of gritty, street level, 30+ Hip-Hop emerging out the East Coast and Midwest can no longer be dismissed as classicist or an offshoot of one particular artist. When Ransom features Eto, or Flee Lord on a track, there’s a commonality but each emcee’s bars feel like a distinct contribution. Likewise, while Craven has tailored his production to fit acts as different as Tha God Fahim and Armand Hammer, he’s tapped in a particularly soulful chamber with Ransom – one that re-injects some of Roc-A-Fella’s triumphant energy to a subgenre that usually favors woozy and distressed jazz samples. It’s a winning combination, and even though they’ve put out 90+ minutes in the past year, one that leaves us wondering what Ransom and Craven might sound like should they ever drop a longer project.