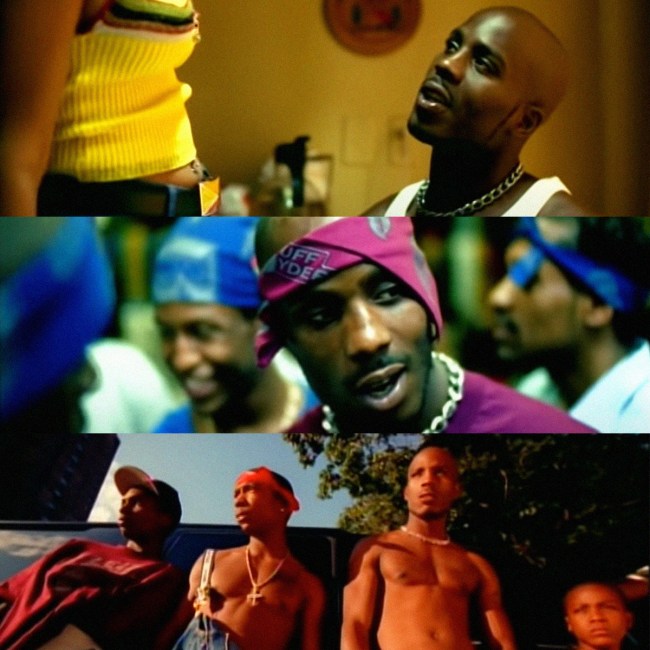 Support real, independent journalism by subscribing to Passion of the Weiss on Patreon.

Tracy Kawalik‘s poisonous paragraphs smash your phonograph in half.

DMX’s charm was as big as his bite. No one was better at articulating a wild and painfully real range of emotions. But when fans copped his debut, It’s Dark and Hell Is Hot, few expected to find DMX catching feelings with a love song about getting his “bark on,” sandwiched between demonic horror-rap (“Damien”) and a 25-second skit where a smackhead called Mickey rings a doorbell and is greeted with an inferno of gunshots and laughter.

DMX lays his feelings bare by chronicling the complications, frustrations and white-hot rush of an illicit but deep love affair he’s having with a “little hoodrat” named Temika. It’s an impossible situation from beginning to the end. Both parties know they’re wrong, but their chemistry and ecstasy they share on borrowed time is something that neither can let go.

A ladies man who once shouted out close to 3 dozen hunnies he met at the ice cream parlor while rapping alongside Sisqo (and the father of at least 15 kids), Earl Simmons wasn’t exactly new to this. He had gotten his heart broken for the first time at 17 by a girl from Connecticut. Despite being head over heels with his first proper girlfriend, he had to put things on pause due to a four months bid over a robbery warrant.

Fresh out of prison and convinced things were “still on,” DMX says he waited at the mall where she worked to meet her until it closed, but she never showed up. Later that night, he bumped into her at the club he knew she’d be at thinking she’d be excited to see him. Instead, he got totally snubbed by his first love for showing up short-changed for door entry.

The rapper confessed that the outcome of the teenage romance like the one in “How It’s Goin Down” knocked him to his knees. But as a recording artist, DMX remained the rapper who locked down a Def Jam deal spitting ferocious bars while his mouth was wired shut from getting jumped. He was also the troubled kid who befriended stray dogs on his block. He could rap over a Phil Collins sample to create a psalm on one of the hardest hip hop albums in history; or you might catch him waxing lyrical about the importance of patience when nurturing orchids.

Nonetheless, “How It’s Goin Down” is no fairy-tale romance. Faith Evans kicks things off with a no-holds-barred phone exchange between her and her jilted lover, then ushers in DMX to lay out the issues he’ll be “politicin’ with this chicken.” After setting the mood with the lines “How’s it goin’ down? (All I want is you), It’s on ’til it’s gone, then I gots to know now (All I want), Is you with me, or what?”

As they settle into the situation, a smitten DMX rhymes in a staccato flow “I’m gettin’ at shorty like, ‘What you need? What you want?” Shifting the narrative to more familiar territory he threatens her boyfriend on “general principle” spitting the lines “Heard he smacked you ’cause you said my name while y’all was sexin/Ran up on this cat he thought was me and started flexin/ You know I ain’t even with that, so he gon’ have to get that just on GP.”

In the final act, DMX accepts that there will be no happily-ever-after and drives home the message that love alone simply isn’t enough. Bowing out graciously, he invites the object of his affections for one last romantic cocaine-fuelled goodbye rapping “On the strength of you, well, that’s your kid’s daddy, I ain’t gon’ send him on his way, put him up in that big Caddy, But let him know, never mind, yo, I need you to go, Take this snow up to 1-5-0, see Joe, Get that, come back with that, and we can split that, sit back, Fuck, puff a L, forget that, you with that?”

“How It’s Goin Down” became the crossover record that led to collaborations with Mary J. Blige (“Sincerity”) and Aaliyah (“Back in One Piece.” ) While its lush Hype Williams video — featuring cameos by then-unknown artists Eve, Ja Rule and Irv Gotti — opened the doors for DMX’s big-screen debut in Belly.

The most gutting frame from the clip is a defeated DMX leaning against a black SUV with his boys, wearing chains, tommy briefs, jeans and a broken heart. Briefly bowing his head, he watches the woman he can never be with and just lets her go, as water cascades from the block fire hydrant with the father of her children. He reminisces about whispering in her ear and a time when they slow-danced together and he held her same way, as the sun goes down.

#DXCLUSIVE: Dave East Speaks On The Importance Of The Wu-Tang Co-Sign