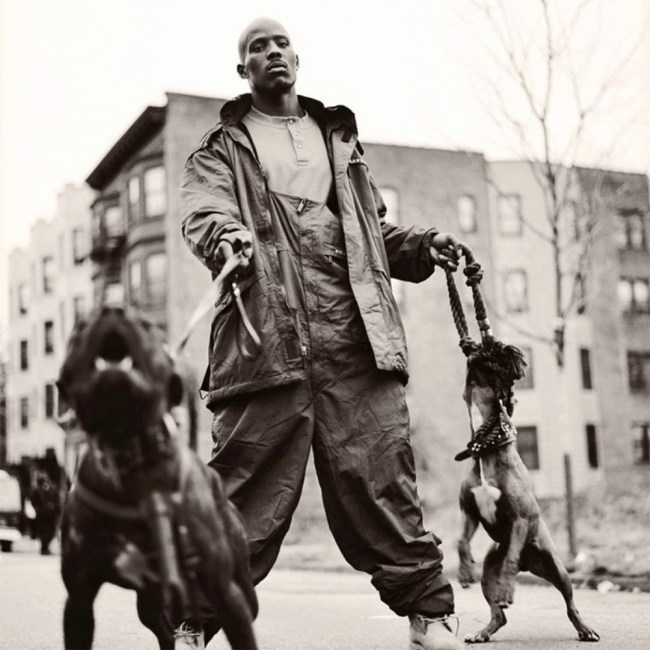 Help us keep the lights on by subscribing to the Passion of the Weiss Patreon.

Israel Daramola did the math — Interstellar isn’t a work of fiction, it’s a mathematical proof.

“Let’s take it back to the streets, motherfucker.”

If you listen to Irv Gotti, this siren call at the opening of X’s first breakthrough single “Get At Me Dog,” was more than just aggressive talk. “It caused change,” the Murder Inc. executive and producer who played a pivotal role in bringing DMX to Def Jam, once said.” “Now there was no more shiny suits nigga. We back to the hood and X is the leader of this revolution.”

In 1997, Bad Boy and Puff were on top of the world, even with the death of their marquee artist Notorious B.I.G. Their reign was all about aspiration and champagne: the hottest cars, the flyest girls, backup dancers, and flashy, silky outfits. The music was for partying, riding around in the latest Benz’s, and enjoying the finer things in life — the ultimate dream of Black capitalism. But rap can only stay happy and shiny for so long and the have-nots who stood on the outside watching Bad Boy’s success were more than ready to take their piece of the pie.

DMX didn’t actually kill this style of music, it remains pervasive in some form or fashion to this day. Bad Boys shiny suits soon begat the Hot Boys and Cash Money Records “bling bling” moment. What X did do was show there was a hungry market of working class and underserved denizens ready for something they could relate to –particularly in New York, with a rap scene that’s always been proudly grimy. In that sense DMX was the perfect spokesman for that voiceless majority stuck in the gutters of America; “Get At Me Dog” was their anthem.

It was a statement of purpose and an enticement. The hard, leaky basement boom-bap production was a perfect template for X to show off his devilish, intense rhymes and literal bark. X was always been a magnetic presence, simultaneously scary and enticing. From the beginning, he embodied the anger that lives in men, particularly those with nothing but traumatic experiences, and the expression of that anger is hypnotic to people who feel like they can’t share their own. Not bad for a record that started life as a freestyle for a DJ Clue tape.

According to X’s autobiography E.A.R.L., he wasn’t into even making it a real record. “I thought it would be meaningless,” he says about Def Jam wanting his freestyle turned into a single. “Why would my new label want to put out a song with me talking shit when I had so many other songs that actually said something? Didn’t they realize that I’ve talked shit for ten years already!”

Ultimately, Irv Gotti helped him see the light and the song began to explode. In the video for the track, legendary music video auteur Hype Williams gave the gritty, blackened heart of the song (and X as an artist) the perfect visual identity. Shot in black and white, with enough strobe lighting to probably permanently fuck up your brain, the video captured the spirit of the streets, specifically the New York the bottom class experiences—no more gloss, no more commerciality, just dirty timbs and baggy jeans. The video was recorded at the once legendary hip-hop club The Tunnel, and it stands as an artifact of a specific time and place in hip-hop history with a young X firmly in the center prepared to take over the world.

DMX’s ascent is both inexplicable yet makes absolute sense. X was the people’s champ and the blue collar population celebrated him every time. It didn’t matter that he was barking like a literal dog, he was so passionate and earnest about it that it was easy to accept.

As an angry kid, DMX was the perfect cypher to funnel my own unwieldy emotions through. I would sneak behind my parents listening to his music, using his anger as a cypher for myself. There’s something liberating in letting other people express your emotions for you—it’s the draw of emo music and it’s the draw of our most emo rapper since 2pac. DMX understood how necessary anger and misery could be, exposing your emotions can be toxic and it’s certainly unstable when done all the time, but holding them in is even worse for you. DMX provided a necessary outlet for people who needed to express those frustrations.

Many label execs and even DMX’s rap peers like Jay-Z thought he was too depressing to work, but what people often forget is that depression is pretty common, and if nothing else, the 90s was about validating those feelings in art rather than just unhealthily hiding from them.

DMX was a lightning bolt that finally hit at the right moment, when rap needed a return to something real and dangerous in order to survive as an authentic punk genre. The self-proclaimed “cruddy nigga” had no vanity to him, and key to his success was the fact that he never changed and never wanted to. The trauma and the hurt he carried from a violent, turbulent childhood left scars he never recovered from, but it also made him a warrior poet to help others suffering in silence. It was messy, but X in all his complexity is right there early on “Get At Me Dog.” And we’ve loved him for it ever since.