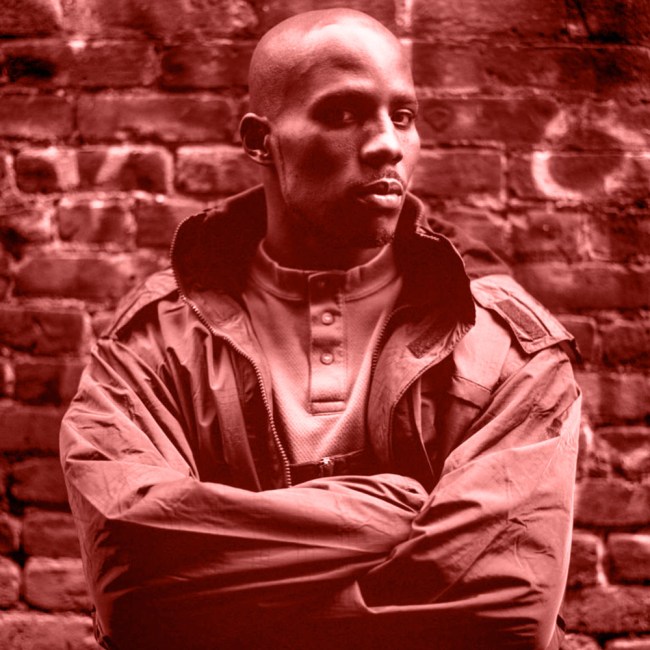 Show your support to the most talented roster in the business, offering the best music journalism around without a paywall or ad to be found by subscribing to the Passion of the Weiss Patreon.

Eric Stinton operates on the 150th west meridian but is always 150 steps ahead.

My formative years of listening to hip-hop came in high school, when I’d have to catch the city bus at 5:30 in the morning to go to school in Honolulu. It took about an hour to sweep through my town and pick up other riders then go over the mountains to get to my school. The perfect amount of time to listen to an album.

It was on one of those bus rides that I first listened to It’s Dark And Hell Is Hot — a Hemingway-esque title that spoke to a bookish, angsty pastor’s kid invigorated by the chill of the early morning air and the rebellious potential of adolescent independence.

The only song I’d heard before then was “Ruff Ryders’ Anthem,” because how could you not. It was everywhere when it came out. Even if you didn’t listen to the radio or watch MTV or whatever, it would still find you in traffic, thumping out of someone else’s car speakers directly into your bloodstream.

As one track after the next passed through my ears in the pre-sunrise delirium, the song that stuck with me most — both that morning and ever since — was “Damien,” where D(MX) the struggling artist is promised unimaginable success by D(amien) the devil in exchange for “blood out, blood in” allegiance.

The eerie violins on the track were perfectly matched for my bus ride. One moment you’re in a gulch beneath overhanging trees with jungly foliage on both sides of the road, the next you’re winding around the mountainside with only a decades-old stone guardrail between you and a thousand-foot vertical drop. You almost always go through rains on the way up the mountain, and a couple dimly-glowing tunnels further create an oneiric back-and-forth between darkness and light.

Lyrically, “Damien” is an underrated and artful piece of storytelling, told in three parts. In the first verse, a desperate DMX strikes a deal with Damien to become “the hottest nigga ever living.” In the second verse, Damien encourages him to indulge in his vices — “got some weed? Go ‘head, smoke it! Go ‘head, drink it! Go ‘head and fuck shorty, you know I can keep a secret.” Damien apparently follows through on his promises, to which DMX says, “for that nigga I would bleed, give him my right hand/ now that I think about it, yo, that’s my man!”

In the third and final verse, it all comes back to haunt him when Damien gives DMX an ultimatum: either kill his longtime friend, or give him his right hand like he said he would. It ends with DMX recognizing that there’s “nothing but trouble ahead.”

Damien, the character, celebrates all the vices that DMX struggled with throughout his entire life — addiction, crime and womanizing — and associates them as signs of the type of success DMX desperately wanted. It’s a sad realization that these issues may have played a role in his untimely death, that Damien may have had the last laugh on both the song and in DMX’s life. Perhaps even the Dark Man himself was living in too thick of a fog to discern the snakes, rats, cats and the dogs around him.

But listening to “Damien” now, it’s also a sign that DMX truly knew himself. There was no public persona he was cultivating to sell records, for better and for worse. A DMX album was just him, 100%, whether he was using his pain to create an anthem – “all I know is pain, all I feel is rain/ how can I maintain with that shit on my brain?” — or exhuming his demons. He was true to himself to a fault. It’s why his art was so rich and authentic, and why listeners around the world fucked with him. Few artists have the courage to air their deepest insecurities and vulnerabilities on wax. Fewer still can make those vulnerabilities a source of strength. His stripes and his scars were interchangeable — that was both his super power and his downfall.

DMX’s ability to pivot from bellowing bravado on one track to profound, meditative interiority on the next is one of the reasons I was drawn to him. He was as legitimate a poet as this country has ever had, with a deep, observed understanding of how the world worked around him and within him, and an incredible talent with language to express it. He conveyed real-world wisdom forged from the experience of pain and hardship — and he could still bark any locker room into a frenzy before a game. Did he contradict himself? Hell yeah he contradicted himself. He was titanic; he contained motherfuckin’ multitudes. No track demonstrated this better than “Damien.”

DMX was larger than life, but he had to be to give so much of himself to so many people. For me personally, ever since I popped “It’s Dark and Hell Is Hot” into my portable CD player that one morning, he’s always been with me: through deep valleys and treacherous peaks, through pounding rains and blinding sun; a battle-tested Virgil guiding me on the circuitous journey between darkness and light.