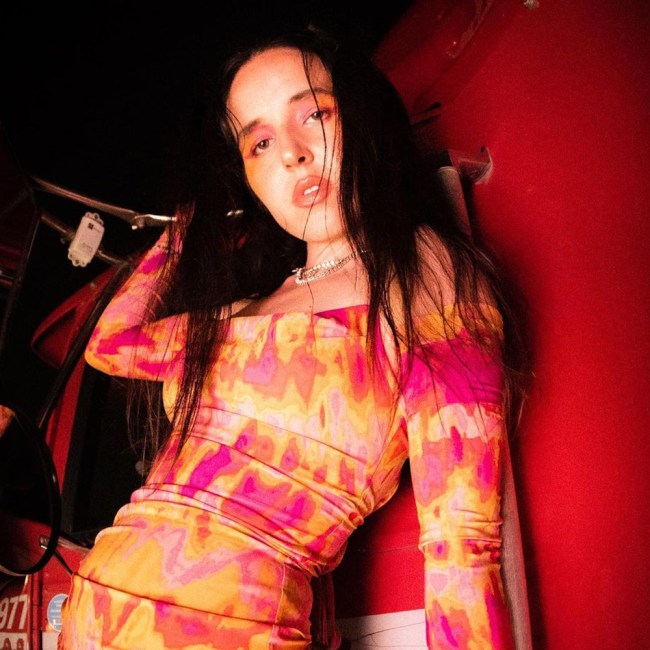 Subscribe to the Passion of the Weiss Patreon so we can keep feeding you some of the best music journalism around without an ad or paywall in sight.

Pranav Trewn wants you to know of the impact of the Kid Cudi hum.

T.S. Eliot long ago predicted that this would be how the world ends. Not with a bang, but with “ambient entertainment”. If you were looking closely enough, you might have seen the apocalypse coming. As media companies kept inventing new ways to monetize our attention over the last decade, it felt increasingly expensive for consumers to give their time towards any one thing. The designers behind Spotify et al. capitalized on the invisible hand of the streaming economy strangling our attention spans, serving up a steady IV drip of pleasant monotony that can sit comfortably behind the hum of our daily lives (or while we read the comments on our phones). Their ideal product is aesthetic window dressing, content you turn on to tune out.

As we creep ever closer to the “chill beats” singularity, it’s refreshing to hear from artists like PIERI, the kind with decidedly no chill. “Quien Paga”, her new single out today, wouldn’t fit comfortably on very many playlists. You might hesitate to disrupt the “vibe” with the track if passed the aux. And Daniela Pieri would relish such reservations. Blending in is clearly not her intention. She doesn’t just want you to pay her notice, she wants you to get your money’s worth.

PIERI descends from the Mexican city of San Miguel de Allende, but she developed her specialty in bombastic rat-a-tat anthems over the past decade in Philly. She just recently became a New York transplant, and with “Quien Paga” she is picking up the mantle left behind in the city by Princess Nokia, who was once the poster child for rhinestone-fanged raps (and as an aside, predated much of the current Travis Barker-fication of hip hop). “Kitican”, Pieri’s prior single that first lit the flame she’s now fanning, has a similar unhinged charisma to Nokia’s own 2016 firestarter “Kitana”, decorated with stuttering catchphrases and percussive onomatopoeia. “Quien Paga” turns up the tempo on all that gleeful menace, brimming with shrapnel-like syllables sprayed out at the front of the mix.

PIERI’s music is a reminder that attitude is a universal language. So even if you don’t understand the Spanish, you can still immediately intuit just how hard her bars are. And her bars are hard. “Quien Paga” is a kiss-off to an unappreciative ex, delivered through an assertion of self-reliance and unfuckwitableness that slots nicely into the summer of “Beating Down Your Block” and “Thot Shit.” The two minute onslaught of taunts is so self-centered it transcends a simple diss track by leaving no attention left on its target. Just one of the translated quotables: “Who pays? I do baby…I have everything, I will send you the pin.”

Beyond her potency as an MC, Pieri is gifted with an expert precision, one that is necessary to ride a stampeding beat like “Quien Paga”. The song builds on the sensibilities of PC Music by interpolating the high-femme and low-end through a manic, trunk rattling take on dembow. Bursts of industrial fuzz, like an Autobot mid-transformation, gasp for air within a steady assault of snare and bass. Pieri herself describes the song as “built up energy exploding in your face,” the feeling of cathartic release bottled up and shaken for maximum fizz. As she explains, she wrote the song at “a low moment in my life,” envisioning it as “something to listen back to when I need to pick myself back up.”

If the song alone doesn’t make you feel like kickflipping a motorbike, the video might just do the trick. Pieri’s persona is something like Rosalia by way of Rico Nasty, an expertly styled wild child who is both the most threatening and enviable person in the room. Despite having released only a handful of visuals, she’s already establishing herself something of an iconography. For the “Kitican” video, she donned an oversized zebra coat, a bedazzled choker, and talon-like nails, presenting an image of thrift shop luxury perfected as she took a drag from a ring outfitted to prop up her cigarette. For “Quien Paga”, director Daniel Brannon rightfully continues to keep the frame centered on the star-in-the-making, who pumps her fists out the window of a swerving car, rocks massive iced-out hoops, and drops a down payment worth of dollar bills throughout the video’s delirious two minutes.

Any artist going for broke risks tumbling out over the top. In the wrong hands, Pieri’s hyperactive high-pitched cadence could falter into Die Antwoord territory, grating and overbearing. Thankfully, PIERI skates this line with ease, never letting the novelty go beyond what’s necessary. As with fellow pop-minded eccentrics like Charli XCX and JPEGMAFIA, PIERI is not interested in sitting outside the box, but rather pushing the boundaries of that box outward until they come to encompass here. It’s the difference between turning heads and being turned down. So while PIERI might be shameless for your attention, you can trust she’s not going to waste it.