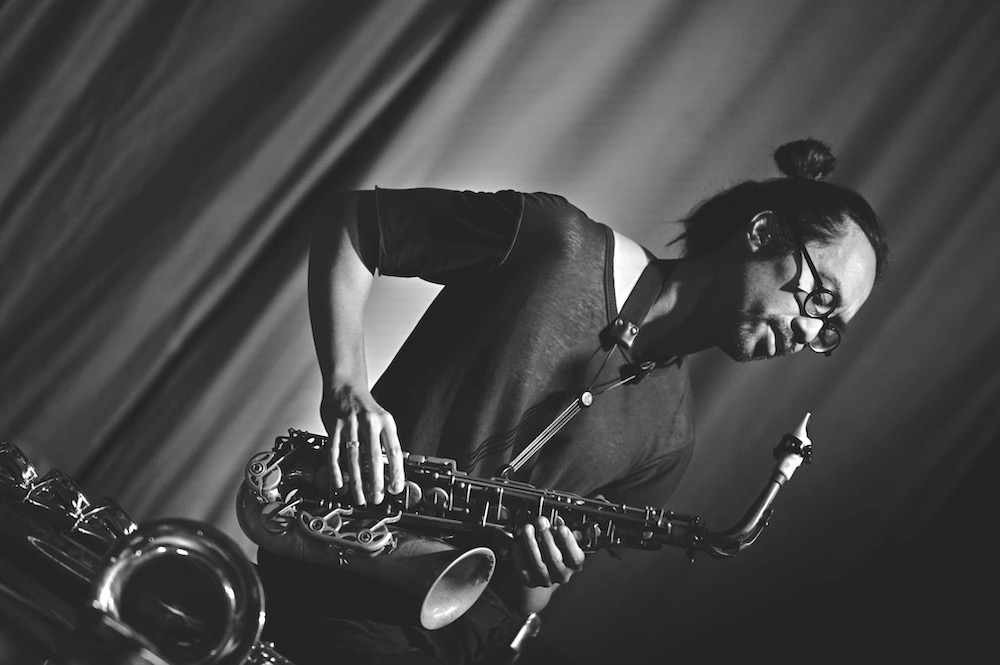 Will Schube refuses to call the saxophone the sax in fear of someone mistaking him for a dude discussing sex online.

I’ve been listening to Sam Wilkes’ new album One Theme & Subsequent Improvisation so many times I fear my face has reached a point of permanent resting bass face. The album should be called One Nasty, Nasty Groove & Subsequent Improvisation, because from track one, aptly titled “One Theme,” Wilkes and his bands conjure up grooves that will delight anyone in your friend group and get your head spinning in the best way imaginable. Your favorite Dead Head will happily zonk themselves out to the cavernous grooves and melodies that appear like fireflies. That one friend that freestyles way too much will find enough head-nodders on the track to drop a record of his own. That’s just song one.

On “Pretty,” Wilkes and bandmates Christian Euman and Greg Paul play with an electronic-heavy template, call it a bass-heavy approach to the Anenon method. It circles around Wilkes’ lightly plucked electric bass melody, the percussion slipping around the groove with just enough of a tether to the jam to stay forward facing.

The album ends with “The 3rd,” a psychedelic odyssey in and of itself, built around a looped guitar line and a drum groove somewhere between James Brown and Battles (yeah, I know). Synths come and go within this main structure before leading the band towards some sort of digitized bucolic countryside, only for Wilkes to yank the group back to the cold calculations of reality. It’s a brilliantly conceived record in which improvisations and compositions are stitched together seamlessly, creating an album not obviously spontaneous while remaining unpredictable.

Hayden Thorpe ― Moondust For My Diamond

I will listen to anything associated with Wild Beasts. They weren’t my absolute favorite band, but I think they were the best band that I really loved, if that makes any sense. Two Dancers and Smother are all-timers, with the latter being an album I reliably re-visit any time I need a swift kick in the ass. I lost a bit of interest with their final album, Boy King, but with frontman Hayden Thorpe’s new solo record Moondust For My Diamond out, it may be time for a revisit to their whole discography.

I strongly associate Smother with the one and only time I legitimately thought I was going to die on an airplane. The woman next to me brought out her bible and all that jazz, and, I shit you not, the album’s final song, “End Come Too Soon,” started playing during the final descent. It was all a bit too much, but it’s an album I’ve come to view as a comfort, something that survived with me, even if that’s a dramatic interpretation of the events.

Wild Beasts, and Thorpe’s solo music, can, during less-inspired moments come across as sterile or too glossy, but on Moondust, Thorpe regains much of the magic he conjured during his peak with Wild Beasts. “Parallel Kingdom” is a disco song disguised as a pop tune, and “Hotel November Tango” uses a trippy vocal effect to give the dance tune a wily edge that keeps the song strange enough to cruise straight along its route. It’s Thorpe’s strongest front-to-back effort since Wild Beasts’ Present Tense, a sultry, smooth look at the outer expanses of pop’s most alien terrains.

Hidemi is named after Shiroishi’s grandfather, and Patrick has said that the album is a reflection on his times after leaving the unimaginably cruel and inhumane concentration camps Japanese-Americans were forced into during the 1940s. With instrumental albums, themes have to be explained, and while I’m not necessarily smart enough to pick up on the cues Shiroishi utilizes to tell this story, the emotive power of his horn work creates a listen that grabs your attention and quite simply refuses to let get in the gentlest way possible.

This is a record for headphones or good speakers. It’s recorded such that certain parts are emphasized throughout the mix, creating an immersive swirl that moves from joyous to claustrophobic depending on Shiroishi’s conversations on the horn.

“Jellyfish in the Sky” is the first track I gravitated to, with layers of horns played in parallel but different lanes, creating a knotty arrangement of repetitive beauty. If you ever wondered what Colin Stetson interpreting the work of Steve Reich might sound like, Patrick Shiroishi is your best bet. My only tip for this record is to make it all the way to the last song, “The Long Bright Dark,” which is simply one of the most breathtaking compositions created this year.

Birdman Ordered To Pay $1M To Ex-Employee After Skipping Court

Fly Guy Code: Season 3 Episode 2: Mass In Time of War – “I Thought I Heard a Clown Car Pulling Up”