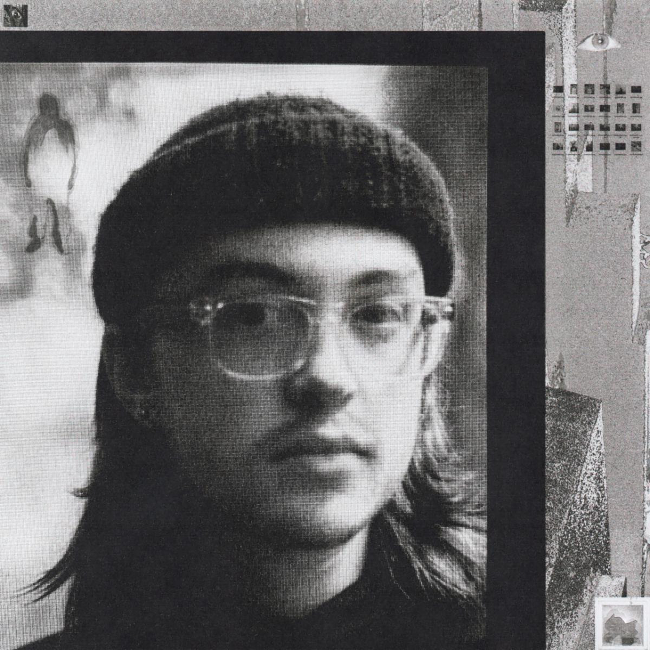 Photo by Kyle McKenzie and Collage by Anton Reva

Will Schube is moving slowly, slowly.

quickly, quickly ― The Long and Short of It

The Portland-bred producer plays with the sort of post-jazz I dig from groups like The Breathing Effect, but also shows off some serious Elliott Smith Pacific Northwest bedroom pop chops on songs like “Shee,” which floats with loopy harmonies and, eventually, an absolute head-nodder of a drum groove. The record feels homespun but quickly is absolutely in control of every element he brings to the table. “I Am Close to the River” begins with, like, a ragtime piano groove blended with harmonies that remind me of Toro Y Moi and, later, a drum line and string swell that sounds like mid-era Flying Lotus. quickly signed to Ghostly International before dropping this project, which was a brilliant decision from one of the best labels going. On The Long and Short of It, quickly, quickly broadens his horizons almost infinitely, while still clearly defining exactly what he’s all about. In short, it’s a revelation.

I know very little about this record but it was put out by the Bongo Joe label, which is run by Cyril Yeterian of the unbelievably excellent Cyril Cyril and Mama Rosin. That counts for a lot in my book. This record dropped at the end of June, and is, in my estimation, a mix of traditional Turkish/Anatolian music with heavy, heavy elements of psych-rock and Doors-era pop thrown in for shits and giggs.

The group is led by Berlin based, Turkish singer and multi-instrumentalist Derya Yıldırım with members based in France and Great Britain. Bongo Joe refers to the group as an essential study in modern psychedelic music…and they’re not wrong! This is some grade-A, wagyu quality, face-melting shit. Hyperbole is tough with the way this record makes me want to run through a wall then rebuild it then paint it neon then build a home around it. Yıldırım’s voice is classically beautiful, and on “Haydar Haydar” she croons over a subtly arranged organ part and a bassline that could walk for a number of days. I don’t ask much from y’all, but trust me on this. If you’re looking for something that will cut you up then bring you neosporin and a band-aid, this is it.

Zelma Stone has a lilt to her voice that occasionally comes out, like on first single from The Greatest, “Gift Horse,” where she sounds a bit like Amen Dunes. It’s a weariness combined with an optimism that somehow keeps the weariness in check, a sort of natural instinct like when the body does things to keep you alive (i.e. sweating, blood circulation). Stone has a heavy heart―her last project Dreamland dealt with loss and grief, even including the closing track “We’re All Gonna Die”―but on The Greatest there’s a resolve and desire to get better, to be a better person, to use loss―no matter how big or small―for some sliver of good.

“Gift Horse” runs with this notion, the idea that the way things are become that way because of the way we perceive them. If you come in looking for a gift horse, you’re damn certain to find something wrong―even something that may not be there. So there’s a need to press on, a need to work hard to search for the good throughout The Greatest that sometimes results in that shaky weariness I was discussing up top. It’s a reminder that things that matter take effort, and almost never come easily or without choices. “Money Honey” moves with this notion in mind, as Chloe Zelma Studebaker sings, “I’m fine now.” She repeats it enough times that it becomes true, the now becoming less of a question than a statement with shimmering truth.

Mano Le Tough ― At the Moment

At the Moment is, ostensibly, dance music, but it’s built by gauzy synths and bass that eventually produces a pulse throughout your body. This is music for speakers or headphones. Sure, the melodies will come through if you’re jogging with AirPods, but this is an album that thrives on little moments pushed up against each other to make something bigger. “Empty Room” has a free-flowing funk groove, but it begins from the interplay of hi hats spread across both sides of the mix, and intricate guitar lines firing across your headphones like a highwire act dancing across on high with ease.

The record is bursting with ideas, moving from moments of techno ecstasy to songs built around guitar lines that wouldn’t sound out of place on an Explosions in the Sky song. It’s clear Mano got his chops from DJ’ing, and on At the Moment, the interweaving of ideas across a timeless amount of space gives the record a feeling of late night bliss.

I was introduced to Styrofoam Winos by one of the band members, Lou Turner, who put out a great record in 2020 that I bought during one of the Bandcamp Fridays. Styrofoam Winos is a group of self-described songwriters, multi-instrumentalists, and longtime friends, consisting of Turner, Joe Kenkel, and Trevor Nikrant. They’ve been active in the Nashville DIY community for a while (so they say on Bandcamp, I don’t live there), and finally got around to recording a debut album at some point over the last year or so when they had spare time for some strange reason I can’t possibly figure out.

The group moves from rambunctious jangle-pop that lands somewhere between Thee Oh Sees, Pavement, and Jonathan Richman, to a more chamber oriented feel on tracks like “In Your Room.” Being from Nashville, there are obviously some country-indebted tunes as well, like “Once,” which shimmers with the slightest hint of pedal steel before descending into a menacing array of chords played in a different time signature. It’s the sort of restless experiment from a group of seasoned players who are as happy playing the hits as trying something weird that might not work. Almost always, though, it does.