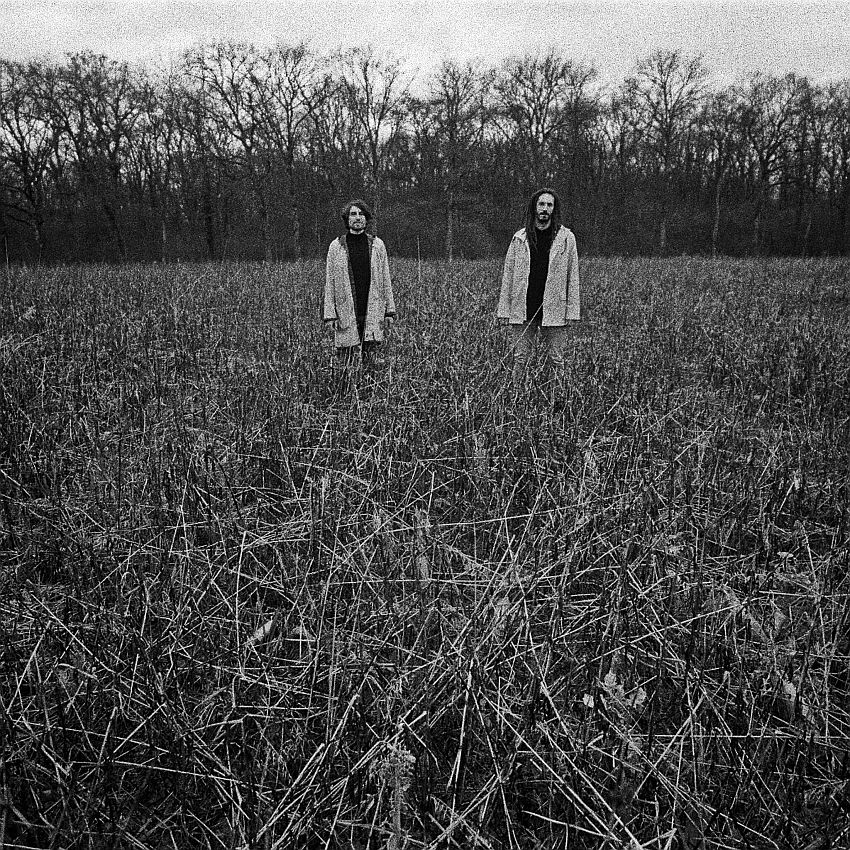 We’ve staked our reputation on finding diamonds in the rough. Please support Passion of the Weiss by subscribing to our Patreon.

Halloween is just an excuse for Will Schube to get some big fits off.

Sometimes my favorite part about doing this column is falling down really weird rabbit holes that by the end only tangentially relate to what I was researching in the first place. I say “sometimes” because going for a three-hour jog is a great feeling, but if you don’t run in a circle it’s a long walk home. Anyways, while doing some research on Cyril Cyril, I fell into one of those aforementioned research pits and became obsessed with the group’s Cyril Yeterian. That’s not to say the Swiss duo’s new LP, Yallah Mickey Mouse, isn’t completely thrilling and all-encompassing. It is. But Yeterian’s story is worth shouting out in-between listening sessions of Yallah.

Yeterian (the other half of Cyril Cyril is named Cyril Bondi…that’s a whole lotta Cyrils) has been a key player in the Swiss experimental scene for a while, and although the first half of that sentence reads like I know what I’m talking about, I had no idea such a scene existed, let alone to the point that it could have key players. My favorite Yeterian offshoot is the Swiss Cajun blues band, Mama Rosin, and that project is as awe-inducing as the genre tags lead you to believe. So once you’re done peeping Yallah Mickey Mouse, definitely check out Mama Rosin. But, back to the album. Yallah Mickey Mouse sort of sounds like CAN raised on ‘70s pop, a bunch of acid, ‘60s French soundtracks, and African desert percussion. That’s a lot of shit to juggle, but the duo weave expertly in and out of these various lanes, and the whole thing is wrapped in Yeterian’s delightful delivery. The album is willfully quirky, but if you’re willing to give that playfulness right back, it’s an absolute treat.

SPAZA’s UPRIZE! is one of the year’s most powerful releases, both in style and substance. It’s a quick reminder for those wilfully ignorant that Black oppression is a global struggle and a concerted effort from powerful (white) capitalists to maintain a status quo in which world order feeds through them. As I step off my soapbox, let me tell you a bit about SPAZA and what they’re doing here. The South African-bred collective is signed to the Mushroom Hour Half Hour label out of Johannesburg, and the key tenet of the group is that the lineup is always rotating. You’ll notice on the tracklist that members swap in and out like a tag team wrestling match, though the rhythm section of bassist Ariel Zamonsky and percussionist Gontse Makhene remain untouched throughout.

UPRIZE! is, officially, a soundtrack to a 1976 documentary called UPRIZE! about the Soweto uprising, but the music is overwhelmingly powerful on its own. From the album’s first track, “Bantu Education,” the thesis is clear. The narrator speaks, “It was a project to keep Black people uneducated, undereducated, and, basically, just a preparation for the labor market. That’s all it was good for.” This refers to high schoolers in Soweto who began protesting in favor of the Black Consciousness movement, and the improvisatory spirit of the album captures the fervor of the inspiring, youth-led protests that swept the country. UPRIZE! documents a vitally important moment in Black liberation, but SPAZA interacts with the history while still retaining a unique, remarkably powerful voice.

As a former Low End Theory stan and beat scene boy, I used to ride hard for instrumental tapes with chopped samples and slappin’ drums. I still get why so many people are attracted to these sorts of collections, but as the Fly Lo and Teebs’ of the world have spawned endless imitators, I’ve grown tired of the scene’s guiding ethos. But, I’ve been completely enamored by the Twilite Tone’s new LP, The Clearing, and that’s maybe because he was a powerful player on the scene long before we had a title for it. Perhaps, though, it’s because the Stones Throw legend brings the history of beat production into each of his tunes. This latest LP from Twilite, who has worked with Kanye, Gorillaz, Common, Kendrick, and more, is a smooth, swaggering listen from front to back. His ability to blend pummeling low-end with soaring, earworm melodies and subtle percussive flourishes built from his Chicago house roots makes this less of an album to zone out to than one to focus on intently.

I was first introduced to Tomberlin’s music on a WHY? tour, and while her contemplative, haunted folk music was overshadowed by rude people talking during her set, I nevertheless found her songs extremely moving. Her new EP was released via Saddle Creek and was co-produced by Sandy G, who helps Tomberlin navigate these knotty songs that showcase more complexity and richness than her debut album, At Weddings. The percussion is subtle, but it steals the show throughout. “Hours” effortlessly glides atop Tomberlin’s gorgeous melodies and emotive string swells. “Floor” bends under a crunchy guitar riff and the songwriter’s glassy vocals. Her melody is morose but memorable, the sort of spooky dream you just have to tell someone about.

Premiere: Black Grapefruit Heal in The Hills with Lush “Inside” Video