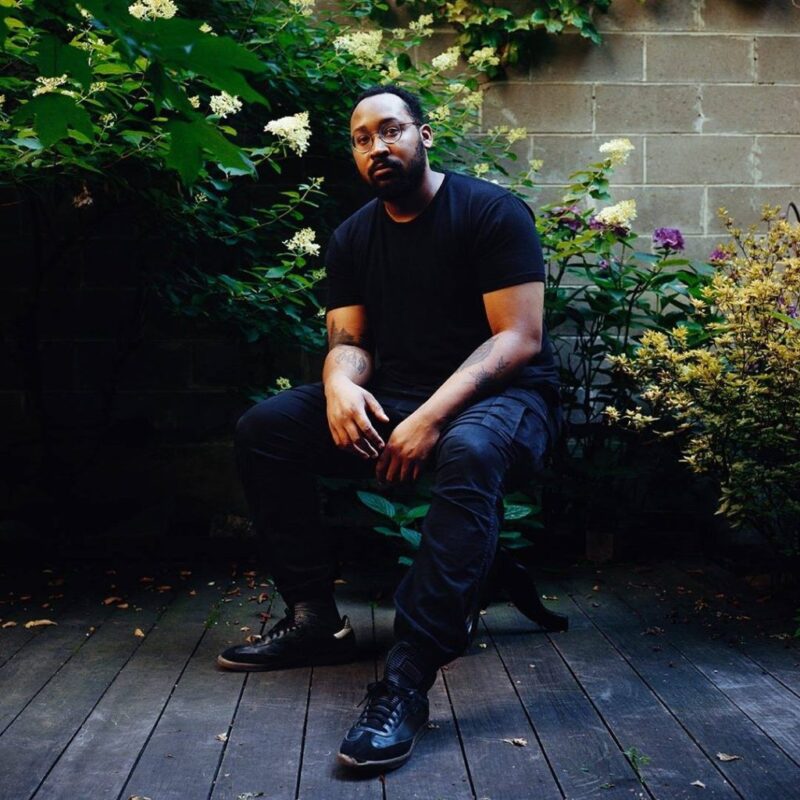 Will Schube is spooky scary.

Sometimes shit just hits and everything feels a bit better, at least momentarily. Isn’t that what music, at its purest, represents? It’s not escapism. Rather, it’s the exact opposite, an engagement so complete and enthralling that it becomes a stare down between artist and listener, so encompassing that it’s not until someone blinks that you realize all the things separating you from the work: WiFi, a streaming service, headphones, etc. I’ve experienced this rare momentary bliss with Bartees Strange’s debut album Live Forever. Whether or not the title is an Oasis reference doesn’t matter because either way I’m pretending it is.

Bartees Strange is based in the D.C. area. His mom sings opera and his dad was in the military. Stops in England, Germany, Greenland, and a number of US states came before his family settled in Oklahoma. Strange found himself in the white, racist town and though his LP isn’t a direct reflection of his upbringing, his infectious defiance towards limiting himself in any way was grown as an outsider in a hateful land. And on the album, Strange really does do everything.

“Flagey God” sounds like Floating Points meets Burial, “Far” looks straight into the acoustic ballad and treats it with earnestness and seriousness, and on “Mustang” he sounds like a hybrid of Foxing and Bloc Party, with each gut-punching synth note inviting you in for a drink before ripping out your heart (the pre-chorus quotes the Antlers, too). Strange is in an interesting position. He’s a direct descendant of a generation of indie rock that no longer moves the needle, yet Live Forever is a unique timepiece of its moment rather than a pastiche of a bygone era. That’s why, when he decides to cover the National, like he did exclusively on this year’s Say Goodbye to Pretty Boy, it doesn’t come across as gimmicky or grabby. It’s brilliant in its own way, a fascinating POV of a genre that was crushingly ignored the first time around.

If Duval Timothy’s stellar 2020 release, Help, is a house, then it may be helpful to view 2016’s Brown Loop as a blueprint. Help is a downtempo masterpiece, built around the piano but brimming with brilliant rises and falls that rely on electronic loops, vocal performances, and stunning lyrics. “TDAGB,” which includes a snippet of Timothy’s sister saying, “Things don’t always get better,” is particularly wrenching. The future is long and the moral arc of justice, we hear, is bent towards the good, but what’s the use if we’re dead by then?

Brown Loop was recorded in the winter of 2015 in New York City, which makes so much sense when you begin listening to this album (initially released in March the following year). Long out of print, Brown Loop is almost autumnal in sound, as Timothy treats the piano as a production tool as much as he does a solo instrument. He pounds chords like Keith Jarrett, toys with little melodies like great rap producers, and builds with the anticipation of dance floor maestros. It’s somber, but hopeful, evocative in spirit without ever relying on words to convey these emotions. It darts and hisses, then recoils at its own power. On Brown Loop, Duval Timothy has a mastery of the piano as an entire world. He often hints at alien landscapes, but always returns home.

Anne Malin has come cruising in with a bevy of spooky ghost jams just in time for fall. The Nashville-based singer and songwriter collaborates with her partner William Johnson, and while the collection on Waiting Song isn’t quite as haunted as 2018’s Fog Area, this is still perfect music to drink a little too much whiskey to. Malin kind of reminds me of Grouper, without the isolation, accompanied by a few extra instruments, and turned up in the mix. Malin’s world expands on this new LP, moving from the pensive see-saw melody of opener “Empty is the Day” to the lean indie rock of “Child.”

Waiting Song sounds like traditional folk tunes spun on their heads, shipped from faraway lands and reinterpreted by Malin and her sprawling, high-pitched voice. She sings songs of joy and ruminates on the quiet moments of life, excellently accompanied by Johnson’s jangly percussion and warbling guitar lines. At times, Malin sounds nearly broken, like on “Waiting Song,” where her voice takes on the effect of having to pick itself up to deliver the line. Throughout, her voice is heavy but still light in tone, a brilliant combination that is both powerful and almost eerie in its subtlety.

My man Botany reps hard for the Bat City AKA the Harvard of the South AKA Baustin AKA Austin motherfuckin’ Texas. Spencer Stephenson has been producing music somewhere between beat scene slappers and neoclassical composition for a decade now, and while I always ride for musicians from THE LIVE MUSIC CAPITAL OF THE WORLD, I ride especially hard for Botany because his work is continually brilliant and innovating.

Botany has been on Western Vinyl for sometime, and that’s the sort of symbiotic co-sign we should all be looking for in life. I’m gonna listen to anything on Western Vinyl, and I’m also gonna listen to any label Stephenson is willing to lease his music to. On his new LP, End the Summertime F(or)ever (wholehearted agree, by the way), Botany points to Dilla, Koushik, and Madlib, but doesn’t rely on these touchstones for his eclectic, spacious compositions. They’re filled with ideas, but move nimbly from idea to idea; Botany doesn’t linger here. On a track like “Farthest Visible Rooftop,” though, it’s not hard to imagine Mos Def circa The Ecstatic spitting over the beat. Mostly, though, Botany’s new LP rewards you with whatever you bring to it. It’s perfect for late night headphone sessions, or, windows open cruising on a brisk day. The influences are clear, but Stephenson never lets the voices of his heroes dictate where he’s headed.

Conway The Machine Announces "Look What I Became…" Release Date