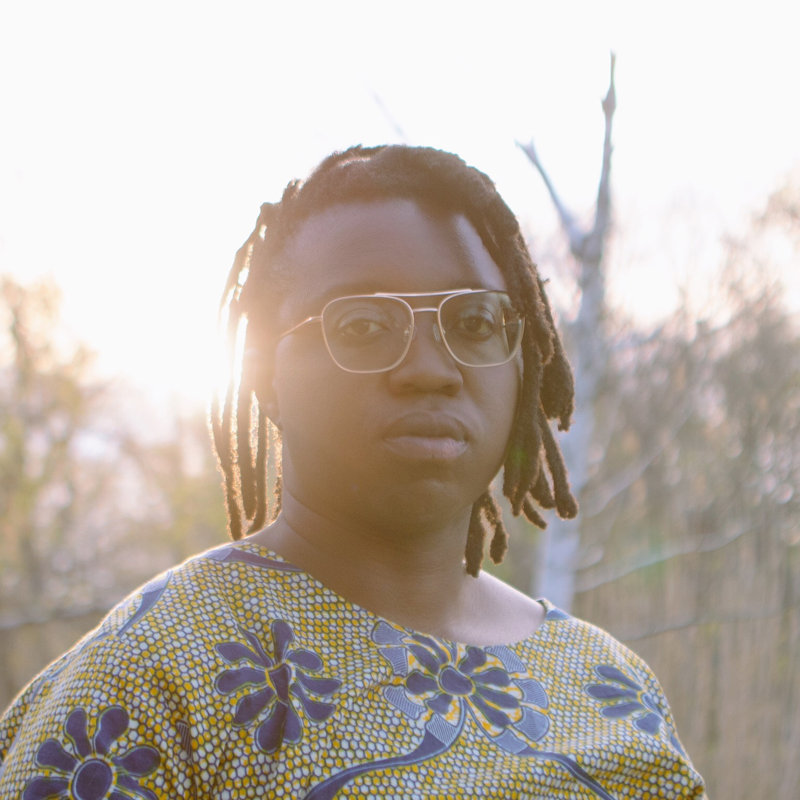 Will Schube is drinking Perignon out of Pyrexes.

Anjimile’s debut came amidst a period of turmoil and change that reflects itself in their lyrical approach. The music, though, is stunning, woodsy, and intricate without the complexities ever overwhelming their delicate yet assertive near-falsetto. There are a lot of indie touchstones here, from Grizzly Bear to Sufjan Stevens to contemporaries like NNAMDÏ, Bartees Strange, and Madeline Kenney. But remarkably, on this debut, Anjimile asserts themselves as one of the most exciting voices in contemporary music. There’s a ton of hype surrounding them, which generally comes with a warning flag, but Anjimile’s debut, Giver Taker (out now on Father/Daughter Records) is truly staggering in its beauty, grace, and creativity.

The album touches on a number of different traumas Anjimile has experienced, like on “1978,” which finds the Boston-based singer/songwriter mourns a close loss. The emotions are so evocatively sung that pain becomes less an abstract word than something yanking at you. “In the night it’s a miracle to be held by you,” they sing. The album chronicles Anjimile’s struggles with alcohol and drug addictions and the accompanying treatments, and their growth as a nonbinary, trans person. It’s an album equally intense and satisfying, each track a microstory that coalesces into a sprawling whole. Giver Taker is one of the year’s best releases, and Anjimile brings hope to an independent music scene too long stagnant and too slow to embrace marginalized voices.

Don’t blindly trust music critics, even if you love every word they’ve ever written. Everyone falters occasionally, blind affinity towards taste is always fallible. It’s sound life advice, and something I consistently have to remind myself, but I’d like to propose an addendum: Don’t trust music critics except for Simon Reynolds. Reynolds is of a different ilk than the rest of us, old school in the sense that he grew up having to compete against critics when such competition actually meant something (I believe the kids call it “chops”), and new school in the sense that he’s not Robert Christgau. Reynolds was an early devotee of Estonian-born, LA-based Maria Minerva, and as such, we should all be giving her a listen. Granted, her merits as a world-class songwriter and pop innovator should be grounds on their own to check her out, but when inboxes and streaming services are flooded with literally an impossible to count number of new releases, you’re forgiven for missing a few.

Minerva’s been an LA staple since the early 2010’s, releasing albums on seminal mainstays like Not Not Fun and 100% Silk. Her latest LP, Soft Power, was also released on 100% Silk and was co-produced by Adam Gunther, who’s one of my favorite musicians in LA (his Dzang project is brilliant). Minerva’s particular style of subtle disco is enchanting and thrilling in equal measures, equally fitting on a packed dancefloor or in your headphones late on a rainy night. It’s sexy and sleek, perfectly measured and with zero wasted movements. LA treasures like Minerva are easy to take for granted; she’s been releasing stellar albums that perfectly encapsulate the city’s seedy beauty for nearly a decade and she’s honed her style to a near science. Soft Power is clearly an album by Maria Minerva, but no one else makes albums like Maria Minerva.

Daniel Romano ― How Ill Thy World is Ordered

I came up with a joke. A man walks into a bar and asks the bartender if there’s any Daniel Romano on the jukebox. The bartender, busy slinging drinks, replies, “Yeah.” The man, unbothered by the bartender’s other obligations, asks, “Which one?” The bartender sighs, stops making drinks, and begins to rattle off albums. Patrons get angry, the bartender gets tired, the man keeps waiting until he hears the one he has in mind. Unfortunately the jukebox hasn’t been updated in a while and Romano’s newest LP―his 9th of 2020―How Ill Thy World is Ordered isn’t yet in the catalog. What do you want from them? It’s a dive bar, after all, and the album came out a week ago! No one gets their drink, but the two men did get to discuss Daniel Romano. It’s so late now, though, that the bar closes. The man goes home and listens to the album on Bandcamp. Ha.

Daniel Romano releases a lot of albums. I don’t know how. I write this column every other week and trying to do it any time other than the night before feels like pulling teeth. Perhaps Romano is able to write songs in his sleep. Perhaps he has a team of ghostwriters employed at all hours. I don’t know. All I do know is that this insane quantity wouldn’t be worth a fucking thing if Romano didn’t shred. How Ill Thy World is Ordered is classic psych-pop, a little bit of George Harrison, a little bit of Nurses, a little bit like nothing else you’ve heard before. This is the first Romano album in 2020 to be released on physical formats, so perhaps your local watering hole will have it in the jukebox before long. Just don’t ask your bartender what other LPs in the discography the bar may have.

I love vōx. I’ve written about her for Passion of the Weiss before, and her brooding blend of post-pop, R&B, hip-hop production, rock, and electronic music puts her in a category that many aspire to but few reach. vōx is able to do a million things well, but knows how and when each skill should be deployed, such that none of her music ever crumbles under the weight of her uncompromising vision.

Her new EP, This Body, was released on the 17th and continues vōx’s quest to examine the plaguing questions of humanity and how mysticism and magic can turn the mundane into brilliant proclamations of life. On “How Do I Connect the Spirits?” a ghostly hum turns into a question of faith. She sings the title over these looped melodies, and although there’s a pure inquisitiveness in her voice, you come to the realization that if anyone is gonna tap into the ethereal and alien metaphysics that surround us, it’s gonna be vōx and she’s gonna do so right in front of us through the sheer power of musical transcendence. She half raps over sludging synths, turns into an opera star over pulsing, four-on-the-floor bass, and occasionally sounds like Fiona Apple on a UFO. /

vōx’s talent is rare and exciting and the sort of thing worth championing because it’s pure and nothing’s pure anymore. On This Body, she packs so many ideas into the short format that you forget she only hangs around for 15 minutes and 34 seconds. It’s exhilarating and impactful, instantly memorable, but nevertheless―like all good things―over too soon.

Shocked? Lil Wayne Declares JAY-Z To Be The G.O.A.T.