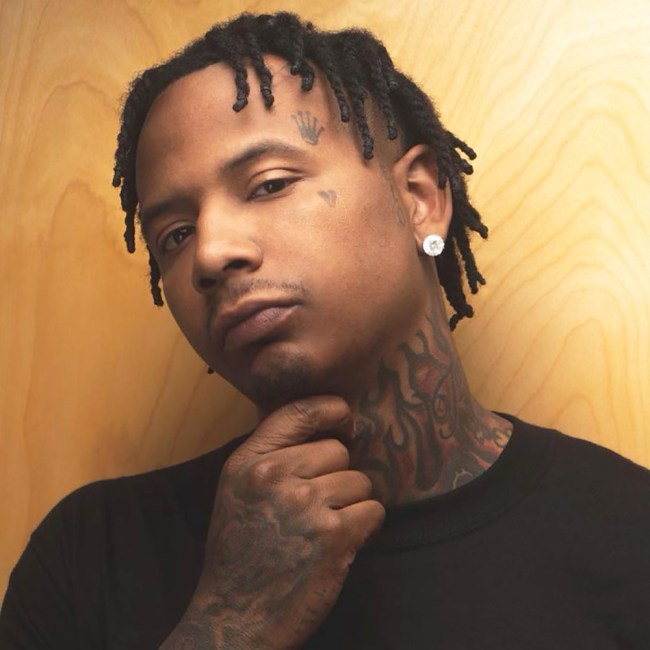 As quarantine orders are lifted, pay it forward for all of the recommendations we gifted along the way. Subscribe to the Passion of the Weiss Patreon so we can keep doing what we do.

Will Hagle doesn’t mess with Texas but he doesn’t fuck with it either.

If Moneybagg Yo’s A Gangsta’s Pain were a book it’d be a mass market paperback. Short but thick. A memorable setting. The same lovable protagonist up to new shenanigans. The author’s recognizable name in bold text on the spine.

Moneybagg Yo isn’t the James Patterson of rap. But when his name appeared in the new release section of The Music Streaming Service on 4/23/21, it was the most familiar. At this age, the joys of music dissipating exponentially with each metronomic tick toward inevitable death, familiarity is the best The Music Streaming Service can offer. At least preferable to the endlessly-pushed endless playlist they’ve tailored to my exact demographic profile. The playlist may know that I’ll love some random artist Anderson .Paak remixed named “Paul McCartney,” but I don’t have time today to find out.

A Gangsta’s Pain has been streaming so much it fills the entirety of my Daily Drive, in between podcasts about Biden’s latest speech and how toilet seats are the least germ-y place in public bathrooms. The lead single is “Time Today,” a track with a hook so subtly infectious it reappears often in everyday scenarios. Wife asks can I take the garbage out? Look at my wrist and, yep, damn, unfortunately I do have time today. This is a downgrade from the time around Moneybagg’s last single, “Said Sum,” when my inevitable response would be “What? Huh? What’d you say?”

“FR” and “Change The Subject” have lines about how people ask Moneybagg Yo to change, but he doesn’t have time today for that. In most ways, on his newest LP, he follows through. The album opens with “Memphganistan,” and a news anchor talking about the high murder rate in his home city before Moneybagg states his hands are so dirty from counting money that he needs to sanitize them. Typical James Patterson shit. On “Shottas (La La),” he repeats the song’s title in a stop-and-start, stuttery way for the hook, then raps descriptive braggadocious one-liners in a smooth cadence in between. Same thing on “Least Ian Lie,” the catchiest title/hook appearing 20+ tracks into an album. The album’s cover depicts him sitting in his car with a notebook, the way he used to write raps coming up in Memphis. If you have ever liked a Moneybagg Yo song, you will like this album. Once you’ve bought into him as an artist, consistency and repeatable formulas become his two strongest attributes.

A year removed from early 2020’s shorter, more straightforward Time Served, this album does contain newer forms of experimentation. Not every song is an upbeat bouncy hook-driven hit. Like “Wockesha,” which samples DeBarge’s “Stay With Me,” the da-da-dun-dun-da-da-dun-da-dun line from that Ashanti song, while Moneybagg Yo melodically reflects on his complicated love/hate relationship with lean. The midpoint “Interlude” features voicemails of support from family members. Production is occasionally slower and more complex, opening room for Moneybagg’s introspection. He raps over a sample of Luther Ingram’s “(If Loving You Is Wrong) I Don’t Want To Be Right” on a song called “If Pain Was A Person.”

Jhene Aiko and Pharrell are buried too deep in the 51-min tracklist. The Aiko feature elevates an otherwise boilerplate romantic song. “One Of Dem Nights” is one of several tracks where Moneybagg does the compulsory mid-career rapper move of exploring one’s autotuned melodic range. He tends to rap worse in this style, and less precise when feelings are involved, but the slower more awkward delivery here somehow makes it truer to the song’s theme.

Something is slightly off about “Certified Neptunes,” as if Pharrell’s polished voice doesn’t mesh with the thin, grating beat. The song is less of what children out there in the world might refer to as a “slapper of sorts,” a typical response to anything featuring that hat-wearing Voice judge, and more of a, “huh, that’s a fascinating collaboration” type track. Moneybagg’s repeated phrasing of “I’ve been locked in with Pharrell” lets you know he put the requisite time and energy into the album’s recording process, and could’ve been the alternate hook.

If there is a word for “the feeling one gets when they know a thing is objectively good (and at times a risk-taking experimental artistic endeavor), but fails to ignite a previously-experienced passionate energy associated with said thing,” it probably hasn’t appeared in a James Patterson novel or a Moneybagg Yo album. Pall (“to become less appealing or interesting through familiarity”) is the closest English verb, but in the case of A Gangsta’s Pain familiarity is what makes it more interesting. German words are über-specific and sound cooler, so allow me to make one up to fit my definition: Depreshtik.

A Gangsta’s Pain is a depreshtik album. Not depressing. But not hype-inducing either, in the way Time Served was. Despite his propensity for single-churning, Moneybagg Yo has a bleak sound. It can make you want to line up for the socially distanced club, or sit in your car with a blank notebook, or do and feel nothing at all.

Or perhaps I am just depressed, and my interpretation of the album has been skewed through personal hopelessness and pessimism. Worth repeating that if you’ve never heard Moneybagg Yo, you should change that, and if you have heard him and enjoyed him, then this album will satisfy a craving for new material and an expanded catalogue. But A Gangsta’s Pain is so long, and so much of the same, despite the points of obvious evolution, that it’s Depreshtik. And yes, James Patterson, you can use that as the title for your next book.

Producer G-Money Says He Has "No Hard Feelings Towards J. Cole & Bryson Tiller Despite Lawsuit

Will Smith & DJ Khaled Remake "Friend Like Me" For "Aladdin" Soundtrack

Pusha T Puts Leakers On Notice: "I Will Make A Decent Example Out Of You"