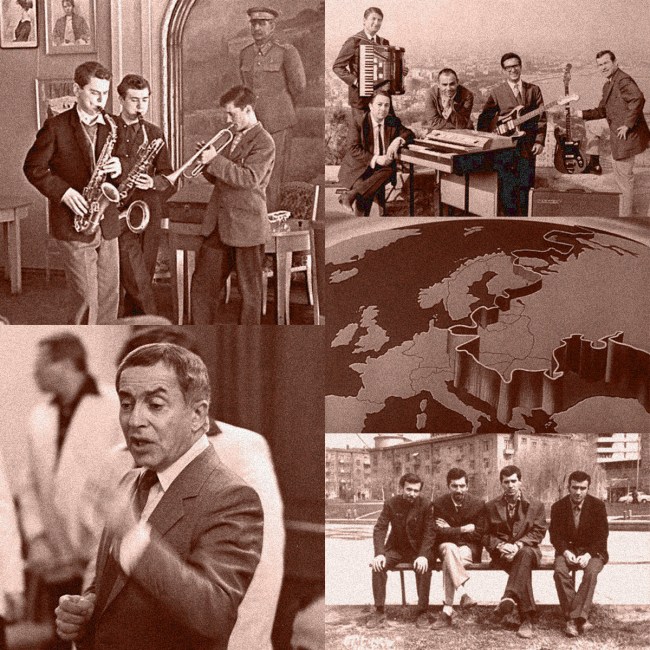 The only place on the world wide web that you’ll find personalized playlists introducing you to the forgotten history of Soviet jazz. Please support Passion of the Weiss by subscribing to our Patreon.

Sometimes we are surprised by the enormous consequences that the ideological and geopolitical barriers of the past have left us. Throughout the Cold War, the world was bitterly divided into West, that we felt as “our thing”, and East, “the other”, and during these years artistic, musical and cinematographic exchanges between these factions were severely limited, depriving millions of an invaluable cultural arsenal for decades.

However, now that we live an uncertain, confusing 2021, in which we live consumed by the exploitation and accumulation of the Capitalist machine that has already compromised the future of the planet through the catastrophe of climate change, and at the same time immersed in a global health crisis that is undoubtedly also a by-product of Capitalist societies’ insatiable depredation, we cannot help but look back with a certain nostalgia to a past that offered us an alternative. Young people of this generation re-read Marx looking for answers, and thanks to the Internet revolution, we can see images, sounds and testimonies of those years in “the other half” of the world.

But there was a rich musical exchange between East and West, even in the midst of this conflict. There were always those passionate adventurers who traded records and tapes at both ends of the iron curtain; brave renegades who risked their freedom and even their lives in the sacred task of sharing the best music of the different genres and movements of the era. Without these true heroes, styles like Latvian bebop, Armenian swing, Azeri fusion and Estonian funk just couldn’t have made it all the way to our ears.

This mix, an introduction of the different forms of jazz that developed during the Soviet era, is a tribute to those mavericks.