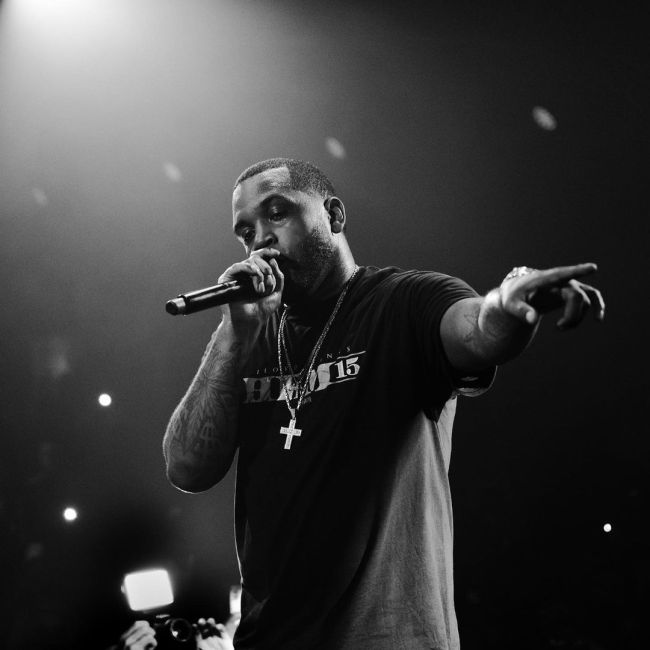 Oumar Saleh is allergic to the fake shit like he is to hayfever.

If you’re of a certain age, an offhand mention of Lloyd Banks’ name is liable to spark debate. There’s the camp that still fondly look back on his run as G-Unit’s stoic street poet during a time where they ruled over mainstream hip-hop. Others may bemoan that he never truly lived up to the hype that followed him from the indie mixtapes of the early 2000s. Some even mislabel him as a serial underachiever who wasted his potential all because he dropped nothing but DatPiff exclusives in the years after “Beamer, Benz, or Bentley.” Wherever you stood, the “Punchline King” still commanded loyalty and reverence from his legions of fans and fellow MCs despite seemingly preferring to remain a recluse (at least by today’s Instagratificating standards.)

Then earlier this month, he dropped The Course of the Inevitable. Banks’ fourth studio album – and first in 11 years – was a welcome surprise, heralded as a long overdue revival by those who lived through G-Unit’s golden era. In stark contrast to his platinum-certified 2004 debut The Hunger for More, there’s no sign of club bangers like “On Fire”, or odes to the opposite sex in the vein of “Karma”. While his biggest hits left many to associate him with the melodic party anthems of the Unit’s heyday, Banks’ latest project is a darker, grimier affair, pierced with bouts of pensiveness that immerse us into the ruminations of a grizzled veteran wary of an industry that had forsaken him for the most part.

From the start, Banks is combative. Introductory duo “Propane” and “Sidewalks” has him gliding on bleak piano keys “not giving two fucks with Fendi F’s”, then advising those who aren’t about that life to “stay out the streets, as they made the sidewalks for chillin’”. The battle-hardened Banks doesn’t give a fuck about your likes and socials as he puts it on the opening lines of “Food”, and he continues to summon his former brash wunderkind on the defiant “Death by Design” by calling out his “bitchmade” competition. True to form, he raps his ass off throughout this record with the unwavering vigour of someone less illustrious but certainly hungry for more.

At the core of COTI though is a mature, self-aware vulnerability that Banks works overtime to unpack. He unleashes grounded tales of fatherhood, familial loss and his eroding trust in others. Iron sharpens iron, so it’s fitting that the contemplative “Crown” zooms into his role as a seasoned vet letting the next generation know that heavy is the head that wears it, but also urging them to “make it without leavin’ your soul”. On “Pain Pressure Paranoia,” Banks mournfully taps into past trauma as a coping mechanism for keeping his guard up on both sides of the street. “Truth is, n***as’ll show their colours as soon as you flip the Rubix,” he raps over a sombre beat. “Money’ll never fill the void of ya family, easy to prove this.” The track draws parallels with the haunting Hunger for More deep cut “Til the End”, both exploring and exposing a grim inevitability that comes with being in a cutthroat industry.

Nowhere is this more apparent than on “Stranger Things”, where Banks makes thinly veiled references towards his deteriorating relationship with 50 Cent. In a timely response to his estranged mentor alleging that “laziness” was the cause of his shortcomings, Banks flips the script and questions whether “the pressure overwhelms when [he’s] head of the clique.” The frustrations of G-Unit’s prodigal son are not only palpable but also relatable, revealing a divide that many friends have surely encountered to some degree. “Call me quiet, call me lazy, talent never faded,” he continues. “It’s frustrating when your grindin’ ain’t appreciated”.

Banks’ measured reply to 50’s claims makes it clear that there’s no hard feelings, but it still gives us an insight into the infighting that plagued the Unit’s final years together. And in what must’ve been a deliberate choice, the sing-song flow of “Stranger Things” harks back to some of Beg for Mercy’s most popular tracks. It’s ironically the one song on the album that sounds remotely like what G-Unit would’ve made back in the day.

The beat selection in COTI marks another key attribute that also separates it from its predecessors. You’d be forgiven for assuming that Banks had spent quarantine locked down in a Buffalo recording booth with Daringer, such are the similarities between this record and Griselda’s catalogue. Latter-day Alchemist and Beat Butcha’s fingerprints are everywhere, with lesser known heir apparents Cartune Beatz, ENCORNELIUS and Mr. Authentic concocting atmospheric boom bap for Banks to spew his street narratives on. You’re almost convinced that Banks is a better fit for this era than the one he broke through in, exemplified by the album’s lone Griselda feature on the bubbling “Formaldehyde” where he cooks up trap tales with Benny the Butcher over Nothing But M’s sinister production.

Banks’ alignment with the current torchbearers of the bap-and-bars renaissance in Griselda also highlights his underrated skill in adapting to the changing tides of rap music. This was the guy who ushered in a new decade with a timeless party-starter about three luxury whips, and who spat flames over Jahlil Beats’ iconic instrumental before Bobby Shmurda made it famous. It’s also reasonable to refer to him as a kindred forefather to some of today’s favourites such as Freddie Gibbs, Roc Marciano and Benny, as well as a generational peer. However, Banks making his comeback during an era where middle-aged rappers are thriving is the clearest sign yet that the 39-year old not only wants in on the action, but to reintroduce himself as a respected wordsmith to a newer fanbase in awe of the rappers who came after him.

The online buzz that came after COTI’s surprise release solidifies the notion that Banks hasn’t been forgotten despite his profile dimming over the past decade. But while Banks’ gift of crafting knockout punchlines may be his defining trait, it’s his ability to dive into introspection that has stood the test of time. Not only has his trademark rasp aged into something more weathered, but so has his oeuvre. And while he may never reach the early career heights of Billboard #1s and a cringeworthy guest spot on Jimmy Kimmel’s couch, COTI reaffirms his position as one of the most skilled rappers of his generation with the potential for further growth without being confined to the shackles of his former cohorts. It’s pretty exciting to think about where the one-time Boy Wonder can now go from here.

Savage Ticket Creates The Sustainable Music Industry We All Deserve: Participate In The How I Fell In Love With Jazz Contest