Compton, CA – Lil Eazy-E is literally standing in the same Compton home where he was raised by his famous father Eric “Eazy-E” Wright when he hops on the phone. The Growing Up Hip Hop star’s graciousness is immediately noticeable, which he hints is a byproduct of the example his grandmother set for him.

“My grandmother just actually pulled off,” he tells HipHopDX. “I came into the house that we were born and raised in in Compton to do some remodeling, so I had to meet her with a contractor down here. I guess that’s my holiday treat, just to come see her and make sure she’s well and safe.”

Born Eric Wright Jr., Lil Eazy was only 10 years old when his father died in 1995. Suddenly, he was forced into the “Dead Parents Club,” a club no kid wants to join.

“It was quick, one of those things you kind of didn’t understand and realize,” he explains. “It’s crazy because we’re actually in the house that I was raised in and he was raised, so you have memories when you walk through the house. I just happened to take a video of a Bible and a book that we had.

“My grandmother had all of our birth certificates in it. When he passed away and we went to the hospital, as a kid it didn’t dawn on me. But when I got back home  — and I just had this memory pop up just today — I sat in the room, was looking at a picture and it hit me.”

Lil Eazy continues, “It’s just different. For example, I’ll let you know a little something of the funeral — I didn’t cry. You know what I mean? It was more shocking because you had these thousands of people around. It’s like, ‘Whoa, what’s going on?’ It didn’t hit me until you get actually home and get your own privacy like, ‘Wow, my father’s gone.’ I remember at Herman Memorial, hundreds of people were coming up to me and talking to me. You don’t have time to cry.”

The married father admits he still has his days where grief can feel overwhelming, but he’s figured out how to deal with it.

“I have kids, so I find the best place to cry is the shower,” he says. “You get in the shower, let the water hit your face and let it all out. If you come out looking a little red eyes, ‘Hey, I got soap in my eye.’ You got to get away sometimes.”

These days, Lil Eazy is busy with his role on the WE tv reality show, which has suffered some recent blows. His fellow cast member Egypt Criss (daughter of Salt-N-Pepa’s Sandra Denton or “Pepa” and Naughty By Nature’s Treach) quit the show in May, while Master P and Romeo explained their departure in March. Lil Twist, another co-star, blasted his castmates for abandoning ship last month as well.

“There’s just a lot going on with the situation,” he says. “Everybody tuned in to see Romeo, who they knew had quit a little while ago, to catch up to the current events that happened and his reasoning for leaving.”

But Lil Eazy says it’s “really exciting” — despite his tireless role as peacemaker.

“Twist is coming out, being premiered more on the show,” he continues. “We want to give the fans more reality. When I walked into that situation, I just usually showed up to a studio session and then there it goes. I jumped in the fire. I had to sit here and kinda mend it, listen to what Romeo had to say, listen to what the problems were between him and Angela [Simmons] and it kind of just caused a whirlwind.”

Criss left the show after she got into an altercation with Briana Latrise, the daughter of Mary J. Blige’s ex-husband and former manager Kendu Isaacs. Although no video evidence is available, Criss allegedly punched Latrise.

“She’s young,” he says. “She was just a teenager and now she’s grown up. You know how that process goes. She just gets that 21-year-old life, growing up and experiencing things you didn’t know you were going to experience. That’s life. We’re trying to give everybody the reality of us as a Hip Hop kid.”

Behind the scenes, there’s a chance the Growing Up Hip Hop cast can get in a better place and reconvene for another season, but it’s going to take some work.

“I was talking to one of our directors and one of our creators at Entertainment One and he said, ‘Hey, how have you been doing this quarantine?’ I said, ‘You know what? I’ve been doing a little counseling as the show’s been going on,’” Lil Eazy explains. “I get phone calls … I’m talking to my buddy JoJo, I’m counseling and talking to Sam. I talked to Egypt and Pep maybe two nights ago. I’m just trying to listen to everybody’s differences they have as we’re airing right now. 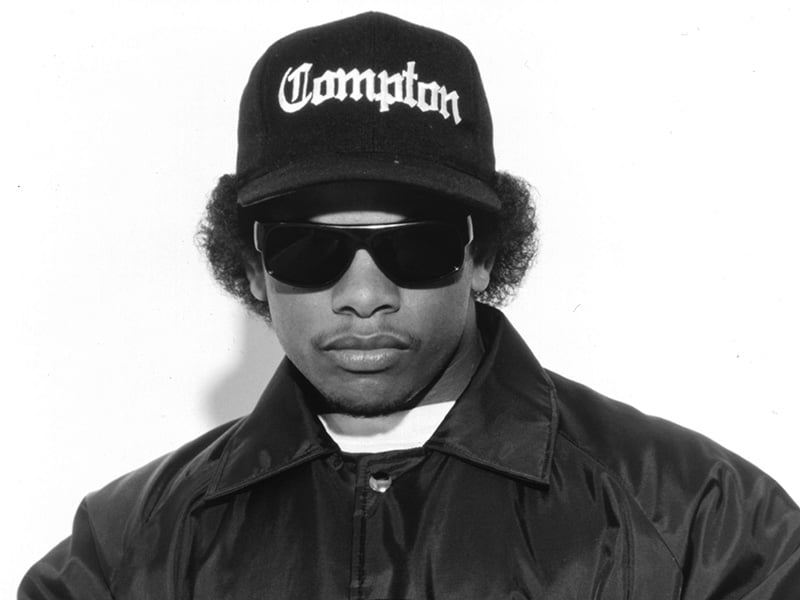 “Of course, we can’t get out and see each other, so it’s a lot of phone calls and it’s that egotistical thing, where ‘I’m not going to pick up and I’m not calling him until he calls me.’ It’s like I’m playing in the middle. ‘Bro, let me call him and see how he feels, so you don’t call upset and then we’ll see what’s going on.’”

Lil Eazy’s level head comes from years of hardship and he simply doesn’t have it in him anymore to fall into any negativity.

“The wild life was when I was younger and when you go through a lot of deep sorrow at a young age, you sit here and turn to know how to react that into more positive things, more love,” he explains. “It’s like I’m kind of tired of the drama, the crying and the pain. Some of it’s going to naturally come because it’s just a world in life, so you just have to know how to take it with a grain of salt.”