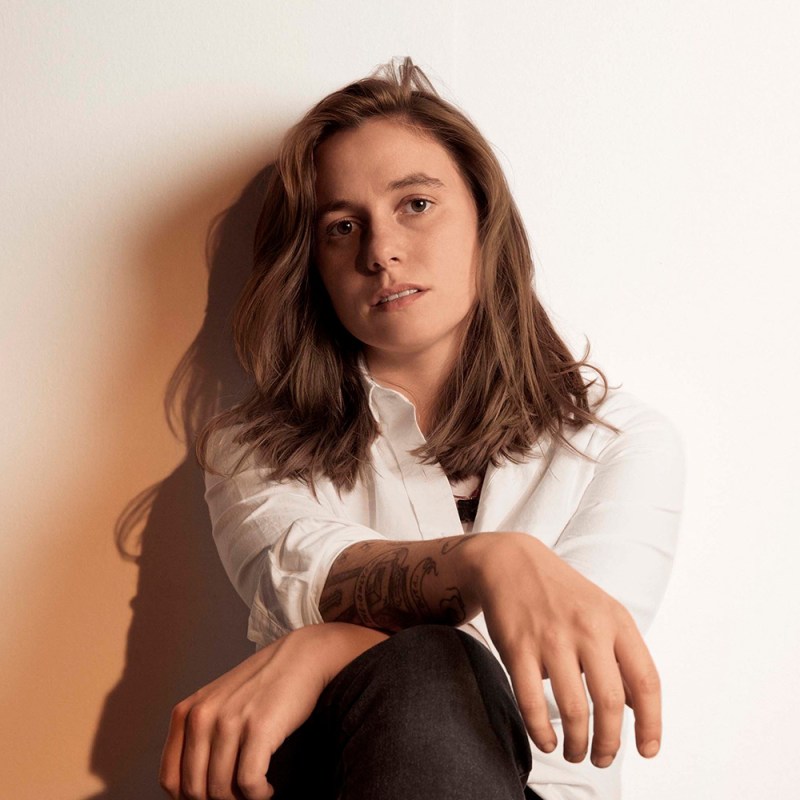 Support the last bastion of a free and fair music press by donating to our Patreon.

Israel Daramola has a recurring dream that an angry mob is chasing him through SoHo circa 1985.

In quarantine, time stopped being real. Every Wednesday felt like a Saturday, May becoming June becoming December, all in the same week. Nothing was tangible or certain, the routines of everyday no longer mattered and with it, time became a vague collection of numbers appearing at random but not meaning anything. I was unemployed and stuck in my house thanks to Covid-19. Life had melted into a blob floating through space. All that was certain is we were hurtling towards something fast and I’d never been more afraid.

The most striking thing about Julien Baker’s latest album Little Oblivions is how small you feel within it. Released in February on Matador, it has the sensation of being in the middle of an empty field, staring up at the stars, getting lost in infinity. You are a participant in life as opposed to living one. The opening strums of “Heatwave” feel expansive and powerful enough to swallow you up in it, offering the feeling of letting go and accepting wherever you land.

The pandemic has frequently felt like the depression olympics. Naturally social creatures are now forced to keep away from one another and hide in the house. On the one hand, it allows you to come to grips with how capitalistic the idea of only taking care of oneself is and that life is drastically improved when working on behalf of a collective. On the other, you have nothing but time to live with your own sense of worthlessness, and if you’re suddenly jobless like I am, the feeling of being a failure festers inside you like a scab and you’re unable to go outside and find distractions to better ignore it. In short, it’s been a time full of reflection: both on who we want to be and also what kind of world we actually want to live in.

Born and raised in the suburbs of Memphis, Tennessee, Julien Baker has been fine tuning her brand of fragile rock & roll since her 2015 debut Sprained Ankle. Baker’s music could be classified as “sad,” but really it’s better to think about it as being about sadness. It encompasses grief from a personal standpoint but also its tangible qualities, the way life feels or tastes within that pain. There’s something beautiful about it, or at the very least much less lonely — the comfort of knowing you’re not alone and that there can be something freeing about giving in to how bad you’re feeling.

These also seem to be the things that Baker is also contemplating as evidenced by the press release for Little Oblivions.

The grand project of Julien Baker, as I have always projected it onto myself, is the central question of what someone does with the many calamities of a life they didn’t ask for, but want to make the most out of. I have long been done with the idea of hope in such a brutal and unforgiving world, but I’d like to think that this music drags me closer to the old idea I once clung to. But these are songs of survival, and songs of reimagining a better self, and what is that if not hope?

What makes this Baker’s most grandiose project yet is how effectively she uses the big, expansive sound to better reflect just how small she is (and in essence all the rest of us are). There’s so much exteriority to the album, the small, lonely feeling of existing within a world so much bigger than you. That placement within a long stretch of highway or peering out into canyons or staring up at the night sky, where you’re not sure you are significant enough inside all this vastness, but it doesn’t matter much anyways. Baker is constantly trying to come to grips with her own seeming pointlessness and trying to get answers. Life is full of tragedies and nobody gets a happy ending, but recognizing that is not the same as wallowing in it.

Baker seems to be more interested in how to make the best of it, particularly in a generation where everything and everyone is for sale, and people are more separate from one another than ever before. To paraphrase Peggy Lee, Baker herself wonders, “is that all there is to this fire?”

It’s easy to slip into constant existential despair when you’re stuck at home all day for over a year, whether you live with people or not. Lord knows I’ve written plenty of things related to that sensation over the past year. Baker is interesting because she treats her grief like a spiritual exaltation; it comes out in her performance, not just her words. The emotion carries out in every note, each key, and the intonations of every letter. On “Faith Healer,” she sings, “what I wouldn’t give/ If it would take away the sting a minute/ Everything I love, I trade it in/ To feel it rush into my chest.” That desperation of wanting to believe in anything bigger than yourself, some sort of confirmation that you’re not all alone screaming into the void. It’s a desire anyone who has suffered most because of the pandemic can identify with.

Partially thanks to the PR experiment known as Boy Genius and partially by dint of her being a woman, Baker is closely linked to other female singer-songwriters of her era like Phoebe Bridgers or Big Thief’s Adrianne Lenker, who make delicate indie-rock. Baker separates herself primarily thanks to her songwriting, which is introspective, deep, while still being endearingly, achingly earnest. It’s a hard balancing act to keep from sinking into over-sentimentality, but she strikes gold more often than not.

Little Oblivions is a natural progression. Coming from the sparse indie rock of Sprained Ankle, she’s incorporated more sounds, stronger writing, and a higher production value, showing that she is every bit the real deal as a singer-songwriter. While I wouldn’t classify her as emo, I find the same things in her music I’m always looking for when listening to the genre: certainty that I am not alone in my suffering. There’s a peace in that and in our age of annihilation, you take the comfort when it comes.