Los Angeles, CA – The Los Angeles Police Department is reportedly investigating Tory Lanez as the possible triggerman in the Megan Thee Stallion shooting. According to TMZ, detectives have opened an assault with a deadly weapon investigation into the events that took place early Sunday morning (July 12) right before cops pulled over Lanez’s SUV.

Sources tied to the investigation claim Lanez shot the 300 Entertainment rapper in the foot as she attempted to get out of the vehicle following an argument. Lanez was arrested for felony possession of a concealed weapon and booked into L.A. County jail where he eventually posted a $35,000 bond.

Meanwhile, Megan was taken to the hospital to get treated for her injuries. She later took to Instagram to provide more details on Wednesday (July 15), explaining, “The narrative that is being reported about Sunday’s morning events are inaccurate and I’d like to se the record straight.

“On Sunday morning, I suffered gunshot wounds, as a result of a crime that was committed against me and done with the intention to physically harm me. I was never arrested, the police officers drove me to the hospital where I underwent surgery to remove the bullets.” 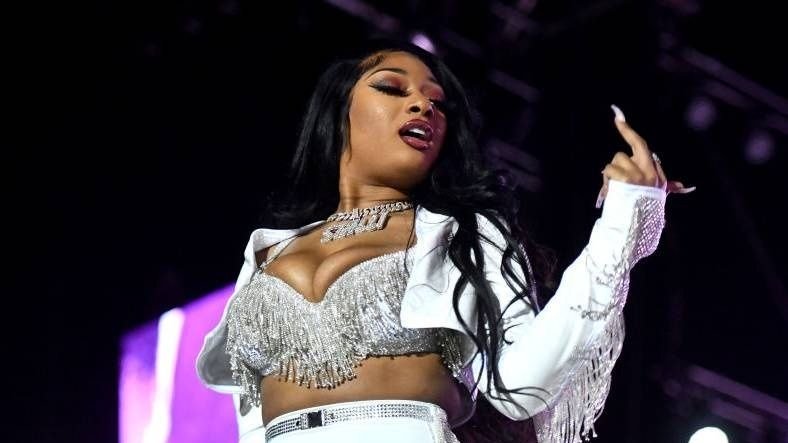 Now that law enforcement has upgraded the investigation to assault with a deadly weapon, that could signal new charges are around the corner for Lanez, although he hasn’t been named a suspect — at least not yet. But considering the LAPD is investigating the incident as an assault with a deadly weapon — as opposed to attempted homicide — could mean they believe it was accidental.

However, as Megan said in her Instagram post, she thinks the shooting was intentional. Police are also having trouble getting witnesses to cooperate, which could present an obstacle if or when they decide to prosecute Lanez.

As of publishing time, Lanez has not spoken publicly about the allegations.

“Oops, I did it again” – New Music Video by the Business Gang