Let me break this all the way down …

Kanye and Donda started a charity called Loop Dreams. When Donda passed, they changed the name to Donda’s House. Kanye paid Rhymefest a salary to run it.

After several years of lack of performance from the organization and Kanye going through personal financial issues, he could no longer fund salaries. Rhymefest asked to take it over and Kanye agreed with no financial strings attached.

Kanye gave his “friend” an opportunity to run an organization on his own. So now that Kanye is being publicly shamed for not being involved makes no sense and, at this exact time, just seems very calculated.

I have and will always applaud any efforts to give back to the community. To fight for justice and to help uplift the youth. But I will never tolerate someone who was close to Kanye who attempts to use his late mother’s name to publicly shame him while pretending to do good.

I will always ride for my man!

Yesterday, Kim Kardashian went on an unexpected rant against Rhymefest. 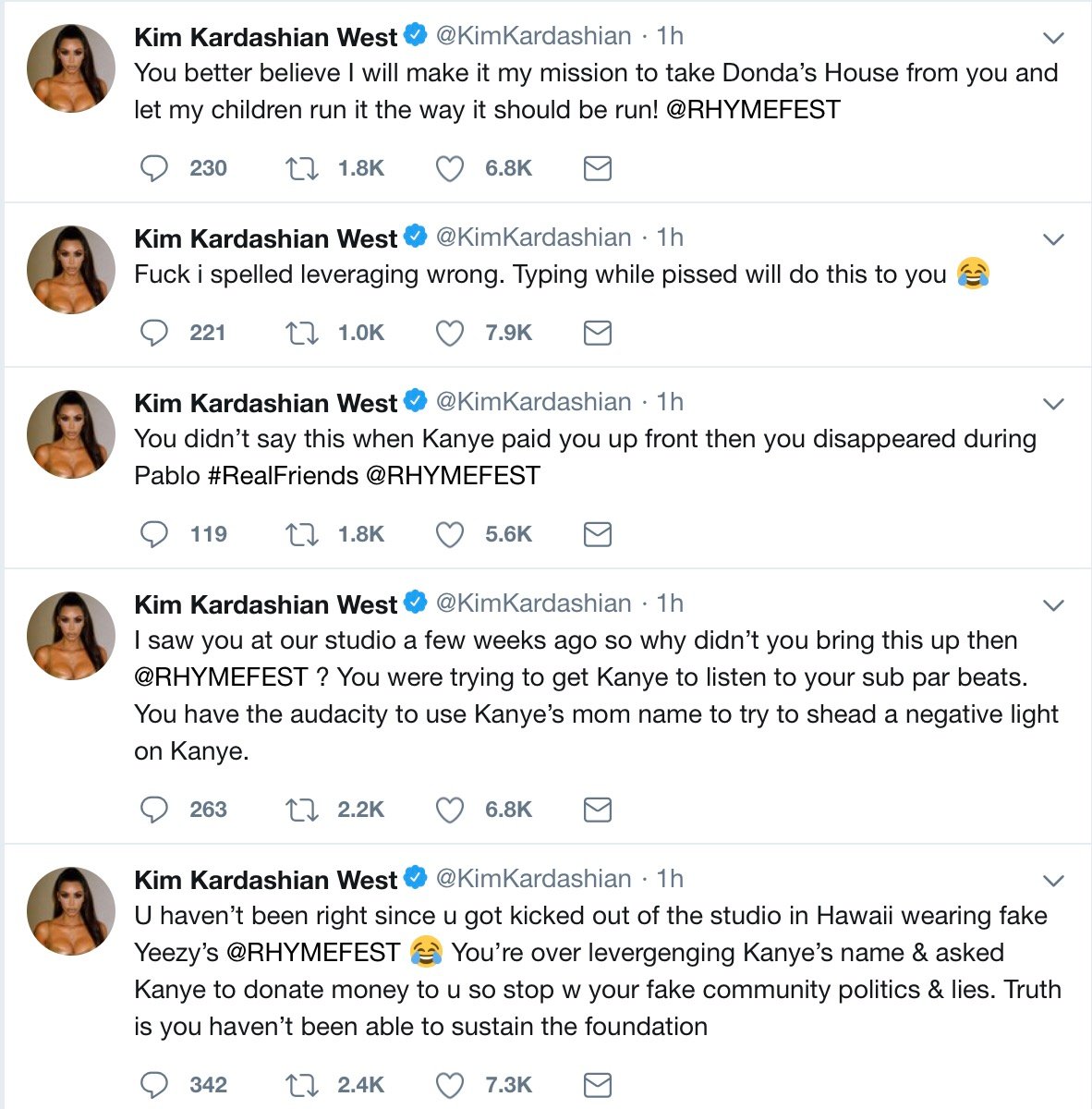 Prior to her smoke, Rhymefest publicly reached out to Drake to request help in rebuilding Chicago.

I’m not coming at Kanye, I’m coming back for Chicago!

Hey @KimKardashian good to hear from you. Here’s my response pic.twitter.com/dWvwZfr1b5

New Lil Wayne "She Got A Man" Snippet Goes Viral: "This One For All My Exes" –