According to reports, Kim will go meet up with Johnson sooner than later.

This week, Kim Kardashian hit up Twitter to announce Alice’s freedom after serving 22 years behind bars.

A few days ago, Kim and Trump hit up social media to speak on their private prison reform meeting. 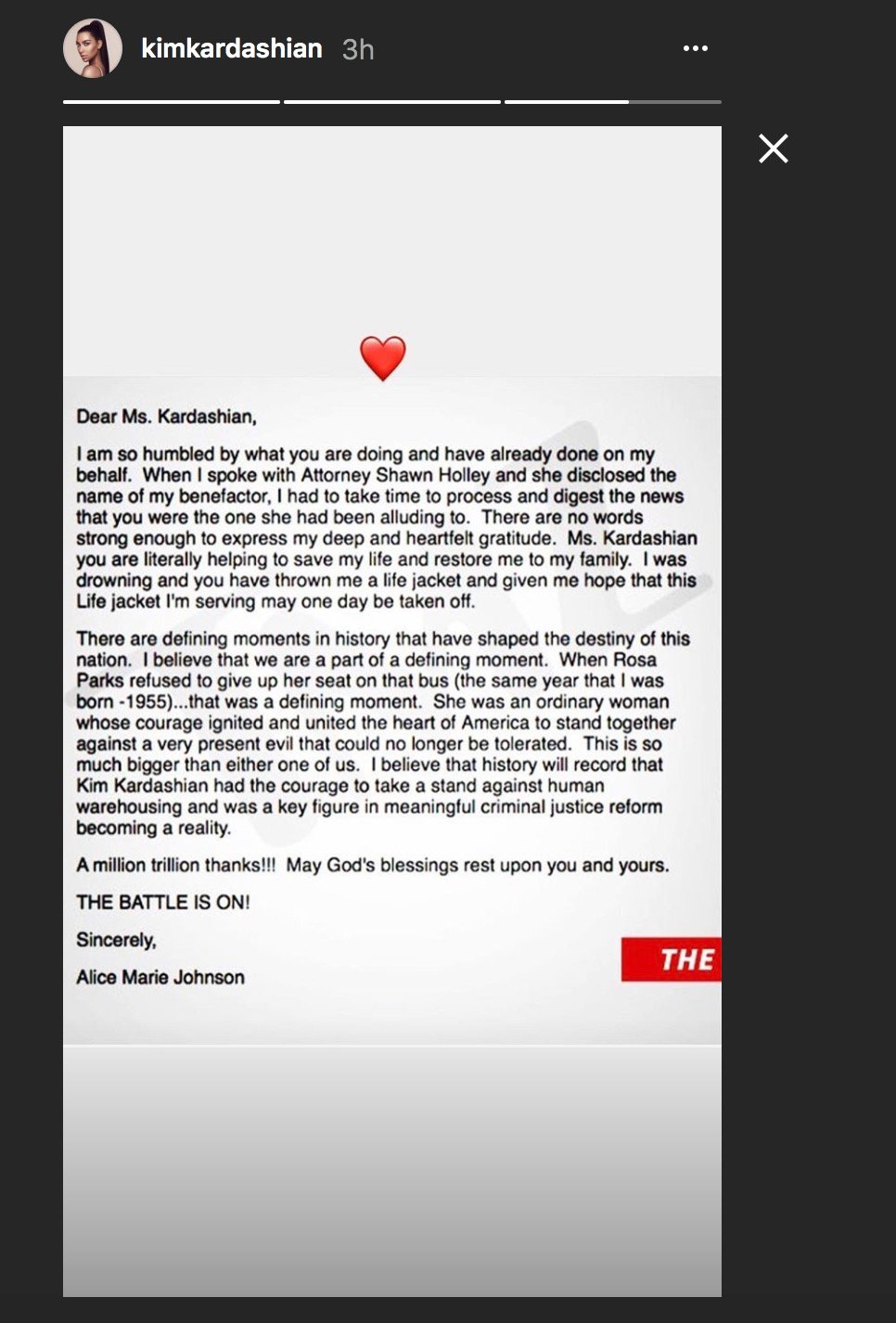 Last week, buzz developed about Kim going to meet up with the Trumpster.