John Legend is not here for Kanye West‘s antics and he’s making it crystal clear, regardless of their past friendship.

On Wednesday (August 6), the former G.O.O.D. Music affiliate shared an article revealing the lawyer who helped Kanye appear on the Presidential ballot in Wisconsin works for Donald Trump’s campaign. In his retweet, Legend implored his followers to take note of the situation.

“Just in case anyone needs some clarity around what’s happening here,” he wrote. “Anyway…. Anyone reckless and/or misinformed enough to fall for the okey doke probably wasn’t voting for Biden (or voting at all).”

Just in case anyone needs some clarity around what's happening here. https://t.co/6a9fQPxDu4

Anyway…. Anyone reckless and/or misinformed enough to fall for the okey doke probably wasn't voting for Biden (or voting at all).

Legend reached out to Kanye in 2018 when Ye started rocking the red MAGA hat, urging him to reconsider his support of the Commander in Chief. Instead, Ye doubled down and shared a screenshot of the conversation on Twitter.

“Hey its JL,” John’s text read. “I hope you’ll reconsider aligning yourself with Trump. You’re way too powerful and influential to endorse who he is and what he stands for. As you know, what you say really means something to your fans. They are loyal to you and respect your opinion. So many people who love you feel so betrayed right now because they know the harm that Trump’s policies cause, especially to people of color. Don’t let this be part of your legacy. You’re the greatest artist of our generation.”

In response, Kanye told Legend he loved him but that “bringing up my fans or my legacy is a tactic based on fear used to manipulate my free thought.”

More recently in 2019, Legend didn’t mince words when discussing Trump and straight up called him a “piece of shit.” 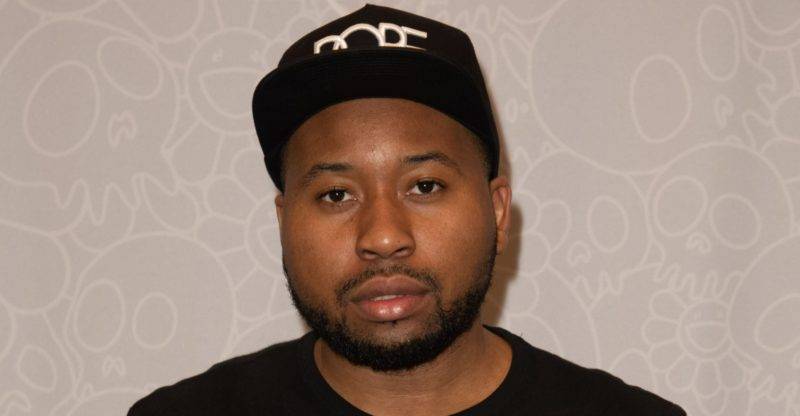 “Our president is a flaming racist,” he told TMZ. “He’s a piece of shit. He says piece of shit shit all the time. That’s what he does. We need to get him out of office. There’s a lot that can be done. There’s over a century of history that created the problems that they have.”

Kanye is currently full steam ahead with his presidential aspirations, naming a “biblical life coach” named Michelle Tidball as his VP on Tuesday (August 4). Despite missing the deadline to appear on the ballots in multiple states, Ye has reportedly been working with Let The Voters Decide to help garner the proper amount of signatures to be an independent candidate in various states.