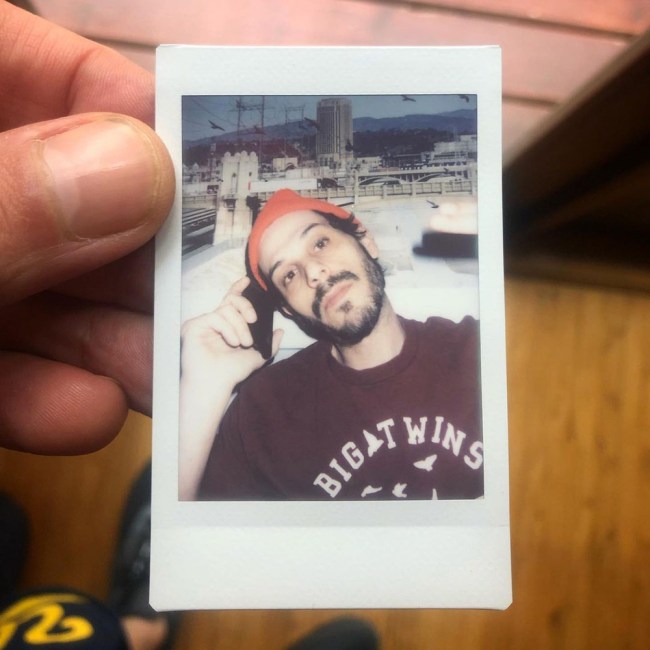 Jaap van der Doelen can kick it, yes he can.

“This is my clean start”, says Michael Perreta, better known to the world as rapper and producer Evidence, about his new album. On Unlearning Vol. 1, he shuns the weather-related puns and themes the emcee (often referred to as ‘The Weatherman”) named all his previous solo albums after. “To break away from that is just part of the unlearning itself.”

Around the turn of the century, Evidence broke through as one third of Dilated Peoples, together with fellow group members Rakaa and DJ Babu. They made driven, emphatic boom-bap from the West Coast that garnered them accolades worldwide. They worked as naturally with the cream of the LA underground scene as they did with the old chop-up-the-soul Kanye. It was followed by a successful solo career, a duo album with Alchemist as Step Brothers, and in 2019 he created all the beats for Brother Ali’s Secrets & Escapes. Evidence can rightfully call himself of veteran in hip-hop, but now decides to willfully discard much of what his experience has taught him. And the Vol. 1 in the title suggests this is still an ongoing process.

“This sets me up to make Vol. 2 whatever I want it to be. It’s not a new chapter, I’m starting a new book, in a new genre. It’s an inspiration to try something of which I’m not guaranteed good results. And that’s when we’re doing our best work; when we’re not in a comfort zone.” In this case, it meant getting back to basics. “As I see people get more accomplished and have longer careers, the tendency is to add more, get bigger and grander. For me it was like—I feel the other way. I feel like making a demo that’s gonna lead to my new career. Raw, stripped down.”

‘Raw’ could also be used to describe some of the emotional wounds Evidence was dealing with in the process of creating the album. His previous solo album Weather or Not was published in January 2018 and ended with “By My Side Too,” a song in which he told how his love Wendy Guerra found out she had breast cancer, trying to breastfeed their son Enzo. “He saved her life, man. He really did”, Evidence could be heard saying. Three months later the family of three was denied that happy ending after all, when she passed away due to her disease.

It’s the kind of gut wrenching experience that would be a pivotal moment in any person’s life, so of course it bleeds through in his art. “I’m choosing to share what I’ve been working on going through this time, instead of just making it as therapy, and then when I’m ready to feel like a superman again, come back out. This seems more honest to me. But I do feel, to myself and through the people that I trust, that there is light at the end of the tunnel.”

To that end, there are also a couple “chest out” tracks, as he calls them. “You do not want to sell sympathy. You don’t want to get out there and say ‘feel bad for me’. That ain’t it. If it didn’t have something optimistic about it, or something that felt like a moment of clarity or fun sprinkled in, it doesn’t work.” And going with what works rather than any idea of what it should be, was a big part of recording this album. “Keep the demo vocals and don’t recut them at a big studio; doing a lot of things that are unlearning, that are not the way I’ve been taught is correct.”

That makes it a very open and personal album. A record of the ups and downs of life for a rapper trying to find his footing as a single father from Venice Beach. “I’m orbiting, my son gave me more living / Needed time to get it right ‘cause I was tour-ridden / Play the backseat, just to get more driven / Cut a rug and cut more ribbons”, he spits in his familiar slow flow, though more toned down and subdued than usual. “If Kool G Rap said that in an aggressive tone, it’d be crazy. But because I’m at a different place, there’s a balance with it, that’s unique, maybe”, he thinks. “You’re fucked up, in a bad place. You’re not feeling fit, but you got something else to worry about. It ain’t about me, it’s about him. He’s gonna help me keep pushing on, ‘cause it’s all about him. So yeah, my son gave me more living. That’s probably the realest shit I ever said. And I think any parent can relate to that.”

According to the album, he likes to “Start The Day With A Beat.” How the rest of it looks depends on whether or not his son is with him. “If he’s with me, I’m at the park or the beach with him. I might get a couple minutes free when he’s doing something, but my full attention is on him. On other days, I bring him to his grandma’s house, who is the mother of his mother. He goes there so he can still have everything with his cousins and his aunts, and have his family on that side be fulfilled as well. That gives me free days. On those free days? I’m going crazy. I’m at Alchemist’s studio, going crazy in the studio like I’m fifteen years old.”

The idea that he had to unlearn much of what he tended to do as a recording artist, came when he was watching Jeff “Chairman: Mao interview the esteemed multi-instrumentalist and producer James Mtume. It was such a key moment that he wound up sampling it on the album. In the quote, listeners hear Mtume (who’s also behind “Juicy Fruit,” the song famously sampled for Biggie to build his “Juicy” around) talk about the three steps toward artistry: “You pretty much imitate, that’s your first guide. Then somewhere along there you develop, what I call a passage to emulation. What do I mean by that? You still have that other person, that is your main influence but you’re starting to find a little bit of yourself. If you’re fortunate enough you go to the third stage, innovation. That’s when you establish who you are.”

For Evidence, the whole two-hour conversation was amazing. But hearing Mtume’s theory about the three steps was an absolute epiphany. “I realized I was stuck at number two”, he says. “The second stage doesn’t mean you’re copying, it means that you still care about what the people who you were imitating think. When I’m writing, I’d find myself thinking ‘Would Rakaa like this? Would Babu spin this?’ It’s considering. You’ve moved past imitation, but you’re still thinking “I need to make something that’ll work for this, or “This’ll make all the hands go up in the club.” For this one, I just pretended I’d never done a show before. It’s like my demo tape, my reentry.”

Through unlearning all these past considerations, he believes he finally opened the way to innovation. “Innovating doesn’t mean I’m coming up with some wild rhyme scheme, it means you’re testing new boundaries to yourself. Everyone’s innovation is true to themselves. For me, striping beats back down, instead of adding onto them, is innovating. Or, I don’t want so much high end all the time, I want it to be more muffled. Those are choices. So innovation can be in the details too, not even the main thing. Or I don’t want to have three 16 bar verses and two choruses every song. Fuck, that’s good for performing but I don’t even ever perform the third verse, know what I mean? There’s one Alchemist beat on here. That’s huge for me, normally there’s four at least. And that’s not because our friendship isn’t as strong. It was just a choice; this time, I’m gonna do shit however I wanna do it in a way that sounds right.”

One of the standout tracks on the album is ‘Won’t Give Up The Danger’, a song that does much of its emotional heavy lifting. “Sleep don’t come easy to me”, Evidence raps in its opening bar, “got bags that are easy to see.” A little over a minute and a beautiful chorus by Murkage Dave later, the beat switches and another verse comes in, ultimately concluding with the words “It’s probably natural to push away the one’s that’s closest / Just let ya know, we got your back and hope you know this”.

“The first verse is me in pain, and the second is strength”, he explains. “It’s something everyone told me, when they knew I’d be raising the kid by myself. ‘You need time, you need money, let us know. You always pretend like you ask for too much, but you don’t do any of that.’ Anything people told me I put in that verse. It’s the first time I ever wrote like that, where I was talking about other people telling me. It was interesting to write from that perspective. And I wanted to show I was going to be okay.”

Those two themes are powerfully underlined by the different interpretations of the beat behind them. “Mr Green sent me that beat. He’s a really dope, good friend of mine”, the rapper notes. But the way the beat switch came about isn’t just a prime example of content and form complimenting each other, it’s also one of unlearning what’s supposed to be done in a song. “It’s original music, there’s no sample on that song. So he sent me four different ways he made that beat, from that music; as four different submissions. ‘You could do it this way, or that way, or this way.’ I didn’t tell him, but took all of them, put it in Pro Tools, and made a blend. I kinda arranged it without him knowing. He came back and listened to it and was like ‘What the fuck? That’s crazy, they’re in totally different keys! That’s so weird, that it works!’”

Leaving behind much of his established knowledge and on-mic persona, has ultimately been a stimulating experience for the Venice Beach wordsmith. “It has been exciting, and nerve-racking, and everything that comes in between” the former Weatherman says. “I’m feeling very inspired and loving what I do. I’m around a lot of great people; I surround myself with some of the greatest, and that keeps me on edge a lot. I’m constantly checking myself, trying to work harder. Just trying to create something of quality.” He speaks calmly, laughs, and takes a moment. “You’re getting older, and if something happens to me tomorrow, this is what I gave my life to. So it’s an important thing.”

“If You Stay Workin’ and Grindin’, You Start Results:” An Interview with Jay Worthy

MF DOOM and Flying Lotus Team Up for “Lunch Break”