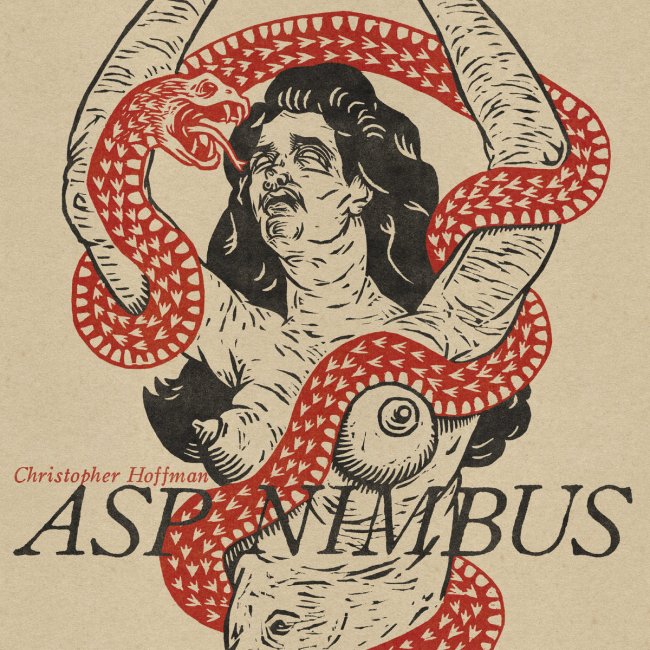 Will Schube is watching the Knicks’ summer league team like it’s the NBA Finals, yelling at Quentin Grimes like he’s ’94 John Starks.

Like many jazz musicians navigating the precarious and strange times of the late 2010s/early 2020s, Christopher Hoffman adopted a cut-and-paste, “fix it in post” style for his music. That was in part due to his influences. On MULTIFARIUM,, Hoffman and his large group of players pulled from John Carpenter, Miles Davis, and DOOM (all caps). That record was a haunted, cacophonous exploration in the divide between live band performances and manipulated studio work. It’s a gorgeous, sprawling, constantly breathing record, but with Asp Nimbus, released earlier this year, Hoffman wanted to tap into the jazz roots he grew up on a bit more directly.

On MULTIFARIUM, Hoffman would let the tape roll, so to speak, letting his collaborators work out parts in live time, and then Hoffman would work through the material and pick out the best parts to arrange his music. On Asp Nimbus, he recruited a small group, with Bryan Carrott on vibraphone, Rashaan Carter on bass, and Craig Weinrib on drums. I asked Hoffman if the recording process was any more nerve-wracking or daunting this time around, knowing that everything recorded in the room would end up on the record. “It was a bit, but I kind of knew that’s why we were in there. I knew I was going to put myself in that position,” he explains. “I found it’s better not to think too much about that, or else I will get nervous. I mean, you’ll just look at your instrument and be like, ‘Okay, I have to do this right now. Can I do it?’ It’s best not to think about it.”

The record, despite any nerves, is remarkably assured, expansive in scope but nimble in sketching out these visions. This is mostly due to the group Hoffman assembled. To begin with, he plays cello, which is, to state the obvious, a non-traditional jazz instrument. But much of Hoffman’s mission is to prove that limits of genre are useless and the cello is as suited to jazz as a saxophone or trumpet. “Sometimes it comes across, like I’m presenting a novelty or something. And to me it isn’t that crazy of an instrument. It’s not that crazy of a sound. In a way, is sounds way more conservative to what I made in the past,” he says. “I grew up listening to Mill Jackson and Lionel Hampton records, so I’ve just been hearing vibraphone since I was a young kid.” The interplay of vibraphone and cello―the airy, light staccato of the mallet instrument highlighting the rich, extended notes of Hoffman’s strings―is perhaps my favorite part of the record. They practically float over the effortlessly complex rhythmic patterns of Carter and Weinrib, who sound like they’ve been playing together for decades throughout the record.

A lot of Asp Nimbus was built from a characterization of Hoffman’s music. If not a complete obfuscation of what he was doing, people didn’t quite connect the performances on his records with his work as a cellist. “People would say, ‘Man, I love this record and all these killing guitar solos.’ And I was like, ‘That’s not guitar.’ I would think to myself, ‘Oh, people aren’t even necessarily connecting that I’m even playing.’ I wanted to make something stripped down that was directly connected to my playing as a cellist.”

Hoffman honed his philosophy playing with the legendary Henry Threadgill, who has inspired and taught a generation of players (including drummer Craig Weinrib). “When I first started in Henry’s group, I could not just plug in all these things that you develop playing normal jazz changes. I couldn’t just transpose that into his music and run with it. So it changed the way I played. And it also changed the way I thought about music,” Hoffman explains. “I don’t think my music actually sounds that similar to Henry’s music, but there’s this idea of the collective that I love. On his records, you’re not soloing, you’re playing some sort of rhythmic support, almost all the time. He stays steady while the work circulates around him.” This style, though used to make different sounding music, helped build Asp Nimbus into what it is today.

Asp Nimbus was built around the idea of being bold, of putting yourself out there and being happy with the results. It’s about standing proudly besides what you’ve created, because creating anything, especially something great, is really hard! Hoffman’s decision to abandon the assembly style production in favor of something live and less…obscured…is admirable, but it goes without saying that there’s validity in both approaches. Essentially, the goodness is in the process in addition to the result. We can forget that sometimes. “It’s a lot easier to hide in distortion, and the lay pedals, and sit and track a solo over and over again. And it’s fun. I love it. But it’s a different thing. You find different places with the live band, which I have found with Henry so many times as well,” Hoffman explains. “It’s like when you’re really in the zone, things come out that you just could never reach by yourself…in a basement.”

Ice-T Reveals The One Line From ‘O.G. Original Gangster’ He Lives By