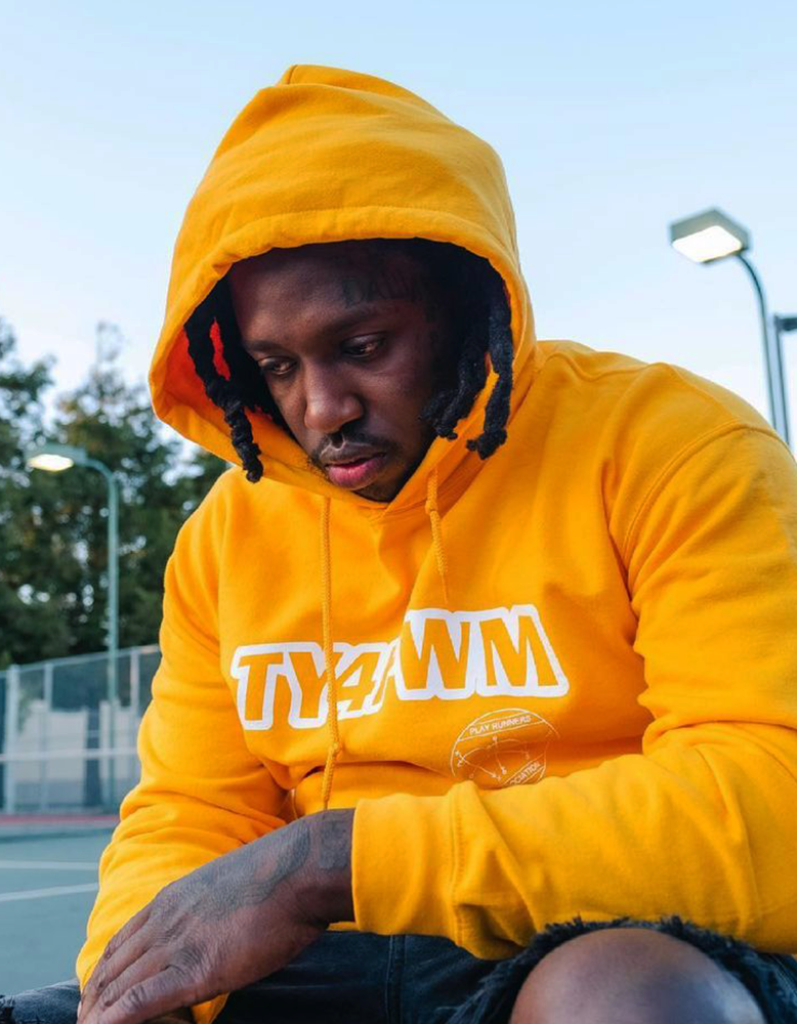 In 2020, a study done by the National Community Reinvestment Coalition concluded that San Francisco and Oakland were the two most gentrified American cities. In the flatland neighborhoods of Bushrod, Black residents are being moved out of their homes because of overpricing, a topic frequently discussed in the Bay Area. The Warriors moved from Oakland, where they played in the small, noisy, and deranged Oracle Arena to the soulless Chase Center, where no one but owner Joe Lacob is interested in being.

But in the 1980s, even at the height of Reaganomics, downtown Oakland was somehow more deserted. It wasn’t a series of thriving restaurants and bars in Jack London Square; what was thriving in Oakland was the hood. Too $hort turned Dolemite scenes into songs. Richie Rich created music that would later influence Snoop Dogg and Warren G. Pimping was ubiquitous, something that was passed down through the generations. It was either that or Black Panther ties, complete with the A’s jacket. It continued through the 90s run of Dru Down and through fellow East Bay brethren, Mac Dre and Mac Mall.

Oakland’s ALLBLACK might as well come from the Too $hort family tree. His recent album, May’s TY4FWM, is a call back to the days of pimp talk and shit talking. The artist has lived a life of hustling from Oakland to Atlanta. After getting arrested on weed charges in Georgia in 2013, he moved back to Oakland. At one point, he was the hype man for his friend Kossiko, who mentioned to him that he should start rapping. That advice proved to be golden.

ALLBLACK raps with a true sincerity with a tempo built for the party. The rich production goes from sample heavy R&B/funk to dark and sinister pianos. It’s a style that is singularly Oakland with the motto, “thank you for fucking with me.” On one hand, it might seem like your run-of-the-mill false humility, but that’s not the case. People who are from Oakland let that be known to you as soon as they shake your hand. They are the type of people who don’t cheer for the Raiders anymore since the move to Las Vegas. A few weeks ago, I spent some time with a friend from the Bay who was visiting New York with his family. While we were drinking, I mentioned if they were listening to ALLBLACK. Immediately, they had stories about playing his brother in football. The Bay rides for each other, and always has. That’s what TY4FWM is about: the feeling of having your city know who you are, but also you knowing your city with equal complexity. – Jayson Buford

If I’m not mistaken, you also spent time in Atlanta. What was that like?

ALLBLACK: It was amazing. It was from 2011 to 2015. That’s when I really started driving out, doing a lot of road trips. That’s where I learned how to drive. Driving to a lot of states. I learned a lot about the Atlanta culture. I learned a lot of southern hospitality. I got a spot out there right now still. I’ve been living out there for two years too. It’s good food and they’re great people. Their strip clubs are amazing too, strip clubs I like.

What type of music did your parents play growing up?

What were your favorite artists growing up?

ALLBLACK: I love Cash Money. Always wanted to be a Hot Boy. I love Wayne too. the whole Hot Boys. I loved Juvenile. Birdman was going crazy around that time.

I was listening to 400 Degreez the other day. That album is different.

ALLBLACK: I got all that. I got every single Juvenile album. Man, he was talking crazy. They was young talking out.

If anything, what have you taken from that influence into your music now?

ALLBLACK: Charisma, confidence. Just being Black, just proud to be Black, and I’m proud to be African.

What did you do growing up?

ALLBLACK: I played sports. I was heavy in sports. Came from a huge football family. Everyday I played in high school. I played HS ball for a minute.

If you had a choice, where would you have played college football at?

ALLBLACK: I would’ve gone to where my brother went, Oregon University.

Facts. They got the uniforms too.

ALLBLACK: Yeah, man. I used to take him to school. And it was cool. I lived out there with my brother for one season, one year. I loved the uniforms, the swag, the school. They were dogs on that team too.

So when did you start making music? I heard that Kossisko was opening for A$AP Mob and recommended that you rap.

ALLBLACK: Yup. My partner was called Kossisko at that time. A$AP Yams was there. Ricky Ross too. It was an amazing show.

Do you have any stories of that night?

ALLBLACK: Man, what? Yes. I ain’t even know who he was when I came into the green room at the sound check. He was knocked the fuck out in the green room. The serving tray they got has like four little baby Sprites and they was knocked the fuck out on juice. It was heavy on the juice. The only time I heard of Backwoods was here, mind you. But they were rolling up Backwoods. At that time I was smoking, so I was rolling up Swishers. Peach Optimals. These niggas rolling up Woods. I’m like… these small ass, fat ass blunts, like what’s wrong with them? But that was the east coast scene. That was a great night. They loved Kossisko’s music. And when I would be his hype man, I’d be around with them.

When you were in the streets was there ever a moment where you questioned if you were ever going to make it out?

ALLBLACK: Running how I was running, I’ve seen people die. I’ve seen my partners die. At first, we were always in the streets when I was a kid. I was always outside. But it got to a point where niggas get knocked down and shit like that was normal. But around 2010, around my senior year, it kind of felt different. I lost a lot of people that year. I didn’t know what life was about. My niggas wasn’t even really outside so it kind of put a thought in my head like, “damn, how am I going to go out?” By that time I was running around trapping. Then I moved back to California.

What were the thoughts you had watching all of that?

ALLBLACK: It was just like shitty. If you don’t get money and get out this motherfucker, you are going to get the money and be locked up. And you grow up thinking you are old because of what you’ve seen but you are really young as fuck. The way we was programmed to think we was hella old because we were too old because we were doing shit.

Your grandfather was a Black Panther. What is having that in your lineage like?

ALLBLACK: That was on my mom’s side. They’re from Oakland. Just being from Oakland I learned a lot about the Black Panthers situation. But my mom never wanted to talk about that. Closed information. They don’t really like letting all that out like that.

What are you attempting to do on TY4FWM compared to No Shame Three?

ALLBLACK: Just bring you all around ALLBLACK, just bring you every angle of me. You’re gonna hear a lot of growth, some great features and more banging ass beats, more DTB beats. Just fire up that motherfucker. I’m hella excited. I’m ready to step into this real rap game. I’m just ready to bust their heads and show the world. I’m here to stay.

I saw some of the Warriors players was fucking with your music too. What was that like?

ALLBLACK: Shit, it’s A1. I love it. I fuck with Klay Thompson. I sat on the floor a few times. Me and KT locked in. I remember when LeBron had dropped 47 on the Warriors but the Warriors still won. That shit is amazing. Man, they cool people. I’ve been to Klay’s house. I went to the parade. They A1 people.

Privaledge Drops Video For KE On The Track-Produced ’Flip’

“Curated By The God Hov”: JAY-Z Makes His Own Best Of Nas Playlist