HipHopDX – This week in Hip Hop, violence once again made an artist’s music permanently stop but two of Hip Hop’s biggest stars in Cardi B and Megan Thee Stallion are destined for new records in the wake of their “WAP” collaboration.

The Doggfather’s grandiose opinion is bound to ruffle feathers, even when no disrespect is intended. Such was the case for Uncle Snoop following his July 29 Breakfast Club appearance where he admitted Eminem didn’t have a slot within his Top 10 rapper’s list.

“Eminem? The Great White hope?” Snoop asked while acknowledging Slim Shady’s skills but giving a certain N.W.A co-creator the ultimate credit. “White rappers had zero respect in rap, let’s keep that 1-thowwow. None. He [Dre] has probably put Eminem in the position to where he could be like labeled as one of Top 10 rappers ever. I don’t think so, but the game feels like he’s Top 10 lyricist and all that comes with it but that’s just because he’s with Dr. Dre and Dr. Dre helped him find the best Eminem he could find.”

After the conversation went viral, Snoop posted his Top 10 list (not yours), which was ripe with Golden Era legends such as Rakim and Big Daddy Kane.

Although his career was young in terms of notoriety, FBG Duck had built a stout reputation in the streets, one that Chicago Mayor Lori Lightfoot pointed out during a press conference.

“This is an individual who fancies himself as a rapper but is also a member of a gang. There’s been an ongoing conflict between his gang and another,” Lightfoot told the media. “He was live-streaming his travels through the city, and he was found.”

LaSheena Weekly, FBG Duck’s mother, retorted back at the Mayor saying, “To assassinate his character as if he was this gang-banging thug, run around Chicago terrorizing communities, is an outright lie,” as she pleaded for peace from all sides.

On Sunday (August 9), the Chicago Sun-Times reported three people were murdered and at least 32 others were injured during shootings across the city throughout the past weekend. However, none were said to be related to FBG Duck’s case.

However, investigators are confident FBG Duck’s hit stems from his latest single, “Dead Bitches,” where he derogatorily shouts out rival slain gang members.

Released on June 10, Duck was killed less than a month later. 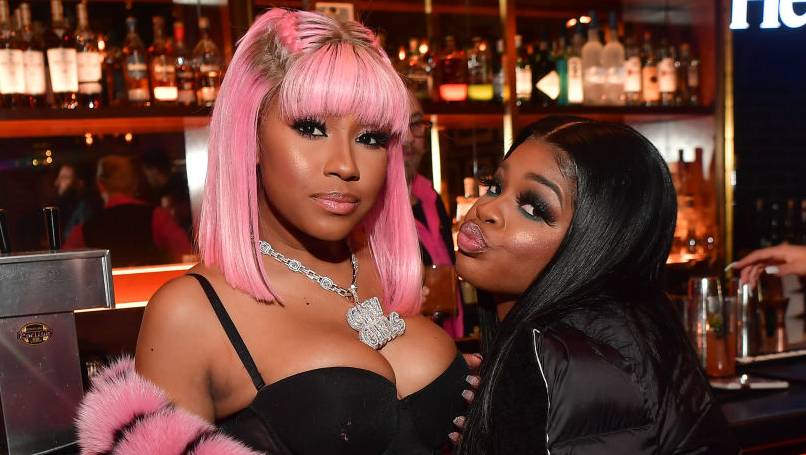 You heard of clout chasing but here’s to introducing crown chasing.

Is The Genius losing it?

Raise your hand if you’re fearful of seeing Ye in action, though.

The best of both worlds.

Now That The Joe Budden Smoke Has Cleared, Here’s An Honest Look At Logic’s Career

Will bi-racial Bobby ever get his roses? The ending of his legacy begins here.

Logic’s Retirement Album, No Pressure, Is More Interesting In Concept Than Execution