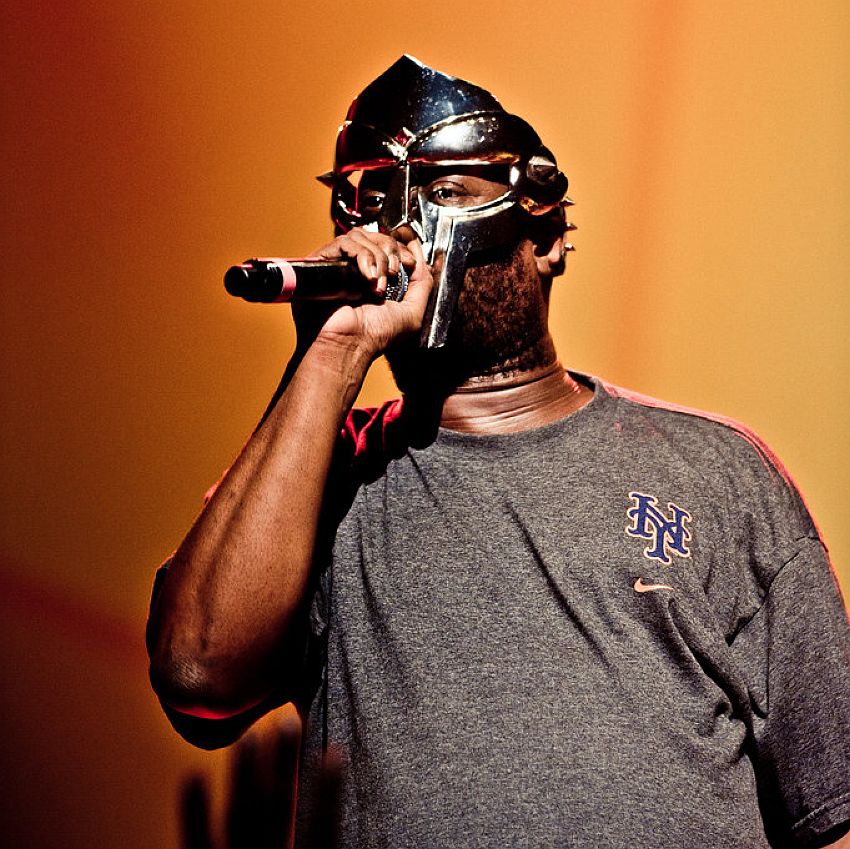 It’s the beat, we hear it in our sleep sometimes. Please support Passion of the Weiss by subscribing to our Patreon.

Nitish Pahwa needs to get her some skips before she catch the monkey pox.

Like many of MF DOOM’s greatest songs, “Vomitspit,” the penultimate track of his oddball masterpiece MM…FOOD, didn’t always exist in its final, most recognized form. It originally stemmed from a collaboration with then-upstart production duo Parallel Thought, who apparently covered the effort “with bar mitzvah cash” only to sit on the track for years before later releasing it in 2006, along with a later mix featuring C-Ray Walz. The production on “Vomit” sounds like the soundtrack for a dark-and-gritty supervillain saga, with heavy drums, sirenlike licks, and menacing piano notes, all of which instill a sense of unease.

All of that is, of course, apt for the murky darkness of DOOM’s voice and aesthetic, especially in the early stages of his visage-obscuring renaissance—which is what makes it all the more surprising to compare it with the final form of “Vomitspit,” which sounds downright amusing. The lyrics for “Vomitspit” aren’t too different from its original, except that DOOM does his classic sly trick of switching from first to third person (“I hear it in my sleep sometimes” to “he hear it in his sleep sometimes”) and begs for kegs of booze (the titular vomitspit) instead of, well, vomit. But as for the rest, the same boasts of his lyrical and sexual prowess, his con-man abilities, and his dominance in the rap world that assumed such a sinister tone in “Vomit” sound more mischievous in this new context.

The pitched-up, bouncy synthesizer chords and the sexy sliding guitar make for a chill, serene groove, one that DOOM (who produced this time around, lest we forget that he could be as much a wizard behind the boards as he was with the pen) fits into just as aptly. Here, he’s drinking and having a party where he’s celebrating himself, instead of creeping in the night.

I make note of the contrast between these two tracks because it reminds me of some of the late MF DOOM’s most remarkable talents: his sheer versatility and his multifaceted character-shifting. Think about the vast expanse of DOOM’s discography, the varied nature of his most notable songs. He could be emotional, hilarious, confounding, cocky, menacing, righteous, and, perhaps most importantly, just plain weird. And he could switch from one mode to the other in no time, not just from track to track, but even from bar to bar.

Looky here: “Vomitspit” is all one verse, and approximately 200 things occur within its 40 or so bars, including disses of lazy rappers (“It might need salt like your man’s bland ballad”), strange encounters with women (“Always threw me off when she told me, ‘Daddy, funk me’ ”), and wine-sipping in New York. And yet, these ventures take such different contexts in their respective sonic pockets. Is he a marauding asshole ready to take over everything he touches, or a sneaky prankster just looking for a good time? As with all things Daniel Dumile, it’s perhaps meant to be more than a little ambiguous.

Yet for being so mysterious, it remains so immersive, and vivid. DOOM was always aware of what he was doing, and while he himself never took the spotlight, he wanted to make you sure you stuck with him for his artistic ride, whatever form it took. His rhymes are vibrant multicolors, manifesting all parts of his overwhelming, bewildering imagination. When he raps, “Blare it in your jeep so your peoples can stare at them rhymes/ real rhymes not your everyday hologram,” you not only believe him that the rhymes are in fact real but also that he meant for you to stare at them while you’re listening—he wants you to take in every single inch of it, through every sense. 2Pac holograms aren’t needed here when you have the privilege of the villain’s relentless ability to reinvent himself.

I often go back and forth between “Vomit” and “Vomitspit,” as I often do with other DOOM originals in contrast with their album appearances (think “Pretty Blood” and “Fancy Clown”). I like hearing DOOM in both places, the scowling and the amusing, because it’s a fuller picture of the man behind the mask, the conflicted, pained artist who experienced multiple eras of rap and managed to shape it all in his own twisted image. DOOM created a strange, polarizing world, and if you want to truly understand him you have to see all regions of it for yourself. There just aren’t that many rappers who could be so convincing in projecting the all the nuances of their psyche, and we’re blessed that DOOM could share his gifts with us while he was here. Rest easy, Daniel Dumile.

Is Spotify Trying To Bring Back Payola With Its New Feature?

The Notorious B.I.G. Among 2020 Rock & Roll Hall Of Fame Inductees

IDK Reveals He Was Forced To Take Frank Ocean Off "Is He Real?" Album