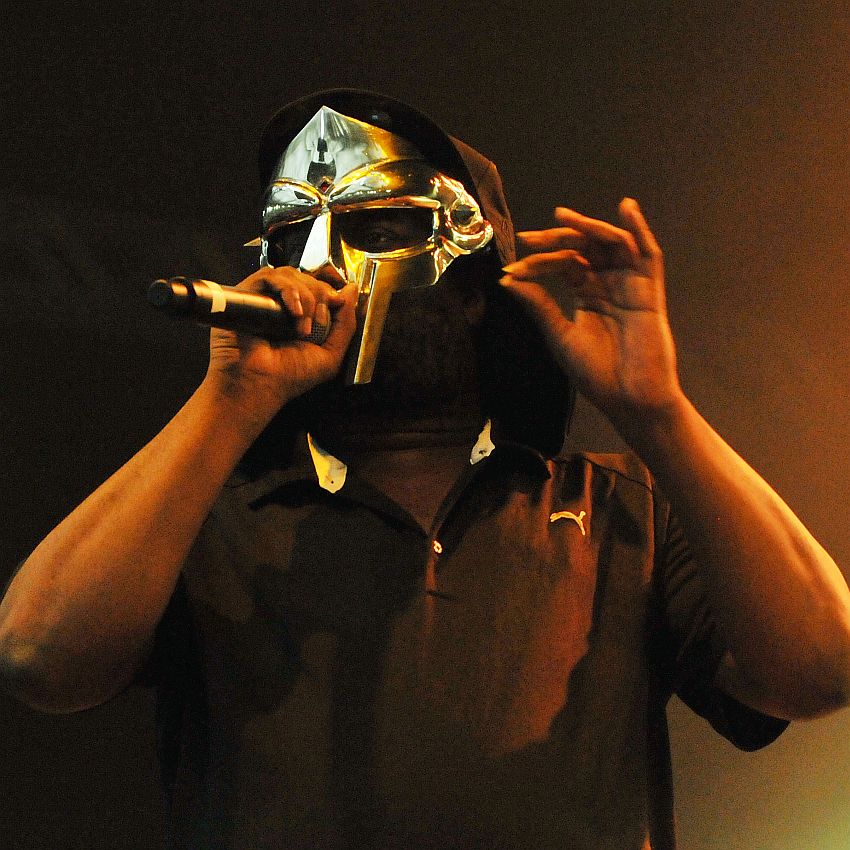 Don’t expect to see the recipe, unless you subscribe to Passion of the Weiss on Patreon.

Finding out DOOM passed two months prior felt especially cruel. Unbeknownst to us, the planet was already missing one of its greats, a once-in-a-lifetime force who existed in both our imagination and on the corner; the nice recluse you find comfort in knowing that they’re secluded but safe. We now take comfort in knowing he’s back to where Zev Love came, back to where his brother went. That line about his tomb being engraved or unmarked feels different now. People far more eloquent than I have eulogized DOOM many times recently, and the influx of flowers was cathartic to witness. I imagine the feeling being similar for every superfan, that our hero was finally uniformly being rewarded with long overdue praise.

I hold DOOM in the same regard as Andre the Giant or Ricky “the Dragon” Steamboat, unreal and compartmentalized in my brain not unlike fictional characters are. They might age along with us but they’re immortal. Even a leathery Ric Flair pushing 80 probably seems at home in a steel cage match. The same could be said for DOOM. Except his steel cage is a multiverse where he mentors Bishop Nehru and has a random release with Westside Gunn. It’s where he works with super producers like Dangermouse or Fly Lo, and where Masta Ace raps over “Special Herbs” for a tribute to his mother. It’s where the otherworldly 10-year run that began with Operation Doomsday and ended with Born Like This will forever be studied and picked apart. He was the most hip-hop person in the room with the deepest history, but was also too far-out, too noticeably different to just be a rap dude.

As a creative force he’s in many ways peerless. Show me a rapper with a better 10-year run, even then, I bet you they didn’t wear a mask or shun attention.

There’s still so much left on the table and it feels worse because the mask helped crystalize his agelessness. We’re still geeked off the promise of a Ghostface collab and a Madvillain sequel, both recorded long ago in a different galaxy, resurfacing only once everything around it has eroded. Now all the swirling storylines and myths feel interrupted.

Of course all these projects were already a part of the lore by the time BORN LIKE THIS was released. “That’s That” appeared towards the end of the album and has always held a special place. It’s immediate and dark, he mentions “morticians” and there’s an abrupt finality to the song’s ending. Looking at it now, it presents more like a beautiful dirge with a serenading send-off and all.

Many years ago, myself, Nate LeBlanc and Albert Jenkins visited Chicago for three days and two nights. We were there to eat and record shop. It was March and cold and The Cool Kids’ Bake Sale was playing all around the city. In our hotel room, however, we had an advanced press copy of BORN LIKE THIS, where it lived in shabby laptop speakers, played before and after we went anywhere. Over a dozen years ago, labels sent CDs and a DOOM promo was, especially for nerds, something to behold.

The snippet promo from Lex previewed all the album’s best cuts. It was DOOM at his gruffest, his voice noticeably aged, in some ways more emotively fitting of the older, scarred villain persona. We were hearing Daniel Dumile who, in his heart-of-hearts was a writer, and here he was processing Bukowski through dialogue samples and references, as well as in tone. It felt intimate, somber and funny. The beats sounded cold throughout. Although also widely known for his own production, at this stage, DOOM had a system where collector friends supplied him with samples. For “That’s That,” Egon laced him with piercing violins from the great Galt MacDermot. The original song, “Princess Gika,” is minimal and sunny, and is the foundational loop DOOM used for the beat.

I was lucky to have spoken to Galt MacDermot a few years before he passed. I remember having “Princess Gika” in my notes to bring up and see if Galt had any memories about writing it. Perhaps one day I’ll write a piece connecting “Princess Gika” to “That’s That,” I thought. I’ve always loved learning about samples; what was used where, and by whom and why, and to be able listen to both, side-by-side, with a little context. I got to speak with DOOM once and even asked about the track because it was a personal favorite. Beyond the blog post idea, I really just wanted to hear DOOM explain how he came up with something I loved so much. Never did I envision this post being couched in the occasion of his untimely death. Talk about the unthinkable in a year of unthinkables.

Open Mike Eagle recently put it best when he said DOOM had so much fun with language, and that there was a freedom in what he did, because at a certain point he was no longer trying to make the words make sense—he was just rhyming. This point is made especially true by the fact that DOOM’s writing was always so exacting, interlocking and purposeful. Born Like This was him leaning into his character’s late stage dynamic; the old man who loosens his belt after a big meal. This was the one that kickstarted DOOM’s Sinatra phase and the album’s highs are among his most brilliant. His worn voice sounds like proof a physical transformation of the character really took place.

At the end of the song— to the melody of Michael Jackson’s “I Wanna Be Where You Are”— DOOM sings: “Can It Be I Stayed Away Too Long? Did you miss these rhymes when I was gone? As you listen to these crazy tracks. Check them stats and you’ll know where I’m at. And that’s that.”

Azealia Banks Tearfully Claims A Neighbor Pulled A Gun On Her

Yelawolf To Post Malone: "Thanks For The Support, Asshole"