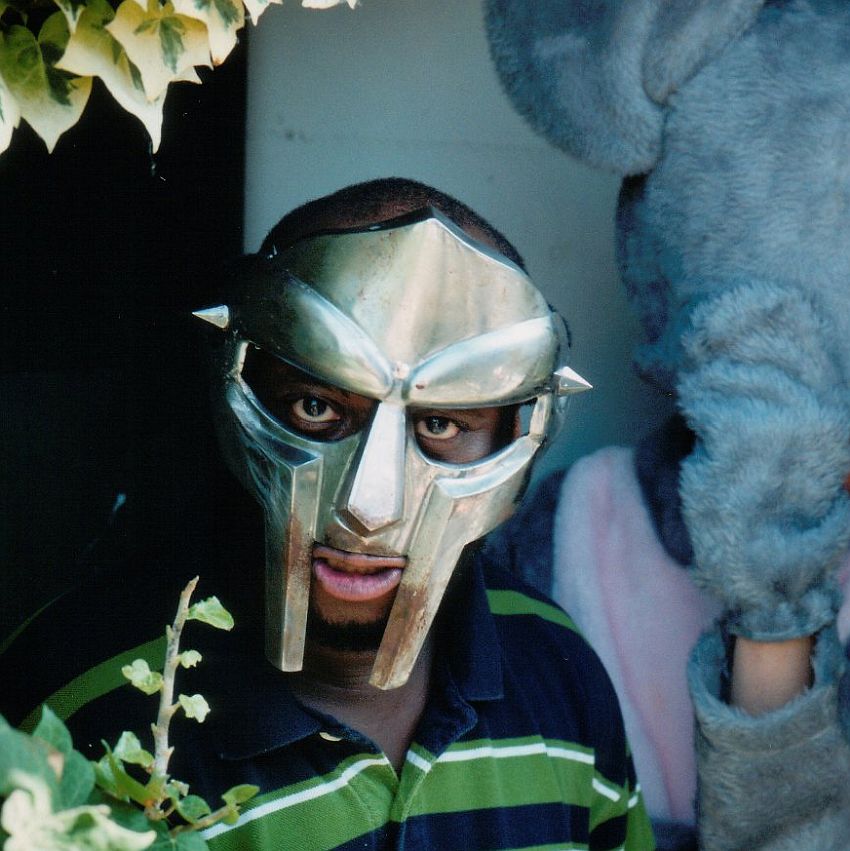 Please support the best rap writing with no corporate backing you’ve ever read by subscribing to Passion of the Weiss on Patreon.

Kyle Kramer is sure to keep it psycho like the old Bates Motel.

“Is it any wonder that no truly respectable society has ever trusted its artists?” – Ursula K. Le Guin

Picture this: It’s three guys sitting on a couch, or maybe it’s four guys. I don’t know. Actually, one is in a desk chair, those indestructible wooden dorm room ones, or maybe it’s a cheap, swiveling office chair, and he’s turning back and forth to check the laptop, which is the origin of the music. These guys, they’re drinking Leinenkugel’s in glass bottles; they’re drinking Newcastle Brown Ale; sometimes they’re stoned on low-grade marijuana.

The couches: There are actually several of them, spread out across space and time, dorm rooms and cheap rental houses with bad carpet, and parents’ basements and hand-me-down apartments. All portals to the same cosmic plane, through which in fact our hero is currently hurtling at high speed in a single-person space pod, cackling with nefarious intent or helplessly banging his metal fists against the windows in anger at his underlings’ incompetence. Hurtling, yes, until the pod crash lands and seamlessly transitions into one of these selfsame settees…

“Please, read from paper: I am Sofa King.”

Yup, we’re all posted up there like a bunch of idiots, explaining things to each other that we know nothing about. “MF DOOM, see, well, okay, you know MF DOOM, you’ve heard Madvillainy, right, ‘America’s Most Blunted?’ He’s one of these MF guys, like there’s another one called MF Grimm and then there’s a guy called Count Bass D, which, get this, is not just an incorrectly labeled Count Basie track in your iTunes. It’s impossible to say how any of this fits together. There’s a mad scientist character named Viktor Vaughn, and there’s one where he’s a rapping Egyptian pharaoh or a swamp monster or something or maybe that’s a Kool Keith album…” All this stuff is abstract; it’s file names and bad ID3 tags and stuff some guy told you. It is both known and unknown, like the Three 6 Mafia album. This is before you can google stuff on your phone, you see, so we’re all just finding out about it however we can.

While it’s canon that hip-hop was invented when DJ Kool Herc activated the Furious Four Amulet Stones of Power—thus fusing together the arcane elements of MCing, DJing, breaking, and graffiti—it is often posited that a Furious Fifth Amulet representing knowledge exists but was lost in the couch cushions, where it remains buried with a bunch of spare change. This is, in fact, the origin of the dimes that the rhymes are like (see: “Rhymes Like Dimes”). Here, in the recumbent realm of the sofa, it is said that the greater mysteries of rap reveal themselves. It is, after all, a Rap Basement, not a Rap Blaze Pizza Kitchen or wherever it is you kids listen to your Spotify Rap Caviar playlists—basement, yes, home to sofas, DOOM’s natural lair, DOOM on the davenport, bowl of cereal in hand, watching cartoons.

I don’t know, but I do know there’s no point to having 36 whole chambers if you’re not going to furnish at least one of them with a nice overstuffed couch.

In the world of the sofa, the logic is: You share stuff with your friends. You sit in the same room and play music for each other. This is something they don’t tell you anymore now that everyone has the internet in their pocket and people all just lip sync by themselves for strangers to the same 30 seconds of the same four songs. Originally, the internet was, like, a couch for the whole world, and people were just coming up with all kinds of stuff to put on there, and then you’d log on and download it and, once again, play it for your friends on the actual, IRL couch. You’d sit around a computer screen and watch a mashup video together. The kid who first put my old roommate onto MF DOOM, for instance, got a DMCA takedown notice after syncing a bunch of Little Mermaid clips to the Lil Kim song “Magic Stick.” Maybe you’d just watch a GIF together. Times were different.

Topping the canon of curios that one might seek out online—not that I ever personally did, but, conceptually, it was there—was something called the Grey Album, which was a mashup of Jay-Z’s Black Album and the Beatles’ White Album. In making this mashup, the producer Danger Mouse ruptured the music licensing-space continuum and established himself as the kind of guy willing to do something a little… out there. Mashups were revolutionary. The people were reclaiming the means of production! So anyway, Cartoon Network paid him and MF DOOM to make an album with the Aqua Teen Hunger Force characters or something. I don’t really know. This was before branded content was as ubiquitous as it is now. We could look it up, but do you think we looked it up when we were listening to it on the lounger?

Aqua Teen Hunger Force was a show that this kid who used to ride BMX bikes with my friend was always telling me about it. That kid—I don’t remember his name—he was always going on about Adult Swim and stuff like that, Meatwad and Master Shake and the Fry guy. This is how things were back then; you were kind of constantly hanging out with people for no reason, and they were trying to put you onto another guy called Meatwad.

So that’s what we’re dealing with, this guy DOOM: “a human in the mask, born to stunt;” Danger: “zoomin’ past, mad fast on the hunt.” Here’s the thing with DOOM, you can ask him for the recipe, but he only knows half! “No speaka de English, I only do the math.” Ask him for new tracks, and instead you’re only confronted with Shakespearean sex puns, which itself is a concept that you might expect a fully internally rhymed response to, a bunch of Illyrian hex nuns delivering witty repartee about Danger Mouse’s mob ties.

It’s really in one ear and out the other with this guy DOOM’s rhymes. “Trick a honey dip into a game of strip limbo?” That’s one that you won’t remember until it pops into your head on a loop unprompted while you’re brushing your teeth 14 years later. They’re so dense you never really can quote them back because you’re already captivated by the next one, and, besides, did I mention you’re stoned? “Keep your streets, we got the city neatly conquered / Discreetly with the CD ’til they be completely bonkered.” he says, and bonkered we are.

It’s rhymes for days, we’re all rhyming here, cue up the Special Herbs, we’re fresh off “One Beer.” That’s what we were doing at that point, on the couch—I told you this was part of hip-hop—freestyling. Although nobody ever made it more than two, three, four bars, due to the aforementioned special herbs. All those beats, they just melt you further into the couch. Couldn’t tell you the track names. What does MF DOOM have to teach us? Why, merely to set aside the ego in pursuit of the greater calling of artistic expression. Also, some facts about urine (see: “Vats of Urine”). But mostly it’s this arcane wisdom, unlocked in the demented surgery that fused together the human brain with the metal mask:

To truly understand anything, you must exist in a state of both knowing and unknowing.

What if I told you all this was just one giant synthesis of the Anglo-American cultural pantheon winding through folk expressions and comic book vernacular, right down the Peter Pan and Red and Tan bus lines as they plow through the filming of a Rogaine commercial in an execution chamber on Madison Avenue? What if this were actually an embodiment of the idea that culture is something in which we are all active participants all the time? And what if the possibilities for participation were greatly expanded when you were able to escape the bounds of biography by wearing a mask? What if, moreover, it was all building up to a monumentally stupid playground joke? I think you’d tell me to take another epic bong rip, bro. And to all fake rappers, 23 skiddoo!

Here’s what we do know:

What we don’t know, for instance, is if it’s really DOOM onstage at that festival performance, although it certainly sounds like him. Someone said they saw him leaving in a motorcade of black Escalades. Someone said he didn’t sound the same after he dipped behind the DJ booth. Someone said to come to the class front, that they’re offering up a blast of the blunt. Someone said he’s been shrooming since last month!

Four days after the news about DOOM’s death broke, I was back at work, at least a decade and several dimensional interludes removed from those delirious days on the divan. We were all wearing masks, and they were stankin’, too, pew. It was a cruel irony that many people had pointed out, but the crueler one was perhaps this: When was the last time any of us had been able to flop down on a futon with a few friends and play some rap music for each other? Here we were, all stuck doing nothing, and we couldn’t even enjoy it. If hip-hop meant anything, it meant aimlessly meandering through bar after bar for the sheer pleasure of cleverness. Or maybe it meant aimlessly riffing on pop culture. Or maybe it meant laughing at the absurdity of all of this… I don’t know. It’s impossible to say, really, what it all means. Leave that for the king of the sofa. Of course his technique was from a divine source.

“Scared of a bunch of water, then get out the rain / order a rapper for lunch and spit out the chain,” my coworker rapped more or less out of the blue as we walked from our work site back to the cars. He couldn’t think of any other lines, and neither could I. We walked in silence for a little bit, but soon we started talking again, commenting on any old thing. He and my other coworker got ahead, talking about art they wanted to make, what they planned to draw and paint. A tribute to DOOM, certainly, but maybe also just cool pictures of the world around us. My imagination wandered into daydream lulled by the sounds of their voices, although what I thought of, I don’t know, and I certainly couldn’t tell you.

Hip Hop Photographer Chi Modu Wants To His Ensure His Rights In Lawsuit Against The Notorious B.I.G.’s Estate

Fredo Bang Reacts To His Face Being Used As A Piñata