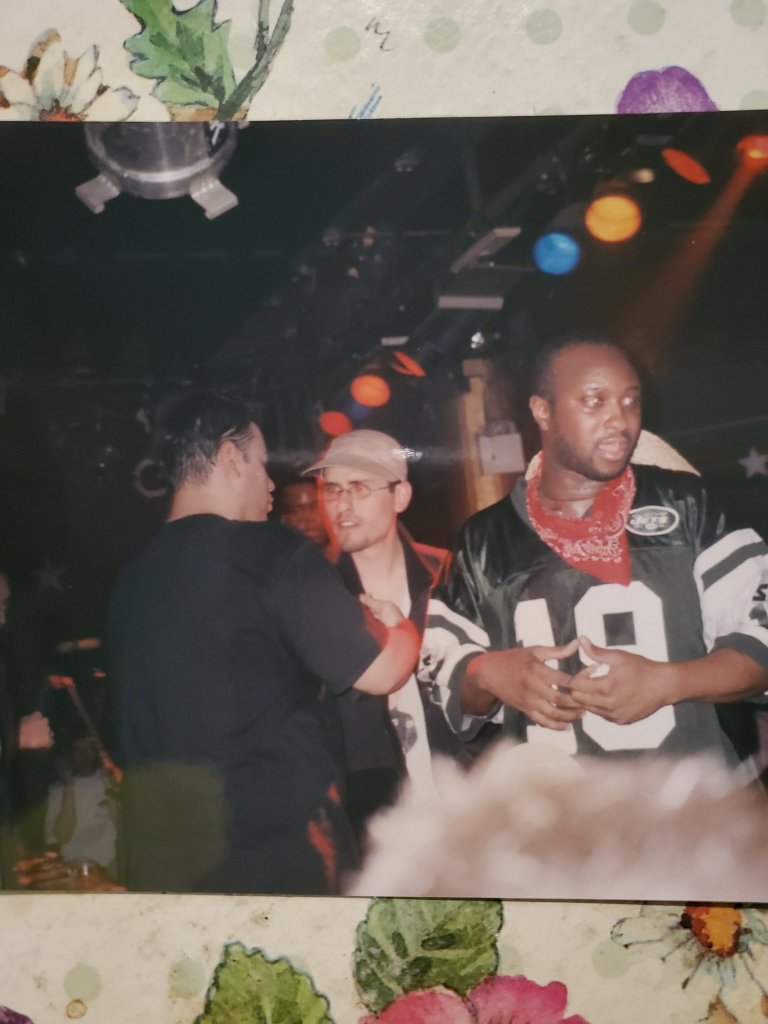 We keep a pen like fiends keep pipes with them. Please support Passion of the Weiss by subscribing to our Patreon.

Blockhead is nasty like the old time Old No. 7.

I am not a fan of critical absolutes. When someone asks me to list my top five albums or movies, I get a rush of anxiety trying to cobble together a list that could very well be completely different six hours later. With that said, I can confidently say that MF Doom’s “Rhymes like Dimes” is my favorite song of all time, and has been for quite some time now. It’s perfect as a stand alone song and as a picture of the spectrum that made Doom such an amazing artist. Lyrically, it showed his ability to blend clever subtle lines, obscure but relatable references, and actual pearls of wisdom — all encapsulated in a feeling of being spoken to by an old friend.

There was a familiarity to Doom’s rhymes that cast a wide net. He would commonly use references and sayings from a different era. Forget the 80’s or 90’s namedrops, dude sometimes would dig deep into the bag and drop some 1950’s reference that only a person who grew up watching black and white gangster movies on TV would know — the time before remote controls were even commonplace.

But as specific as those references are, it somehow didn’t make his music any less relatable. This might explain why his fan base was so varied and dedicated. He has enough whimsical shit to attract the weirdos but in his core, he was also a rapper rapping about rap shit. Girls, drinking, drugs…it’s all there — nestled between the punchlines and jewels that drew in the purists.

This is a song where he can say some absurd shit like “When I hit it, slid into the shitter, thought I killed a goose, her power use was pure Britta water filter juice;” then moments later, he dropped, “only in america could you find a way to earn a healthy buck and still keep your attitude on self destruct.” It’s not a linear song with a message; it’s simply a guy rapping about whatever he wanted to rap about. There was no reinventing the wheel with that type of song but at the same time, literally no one but Doom could have ever made it.

On the production side, Doom honestly defies all reason and logic.  He’s a guy who took familiar things and made them new.  As a producer, I can’t tell you how hard that is. Hell, I actively never sample music that I actually like for the reason of it being too familiar and being unable to see it out of that context. Doom is the opposite: he often made beats out of songs he clearly had a deep connection with. These were famous songs, songs that I’m sure he grew up hearing. Songs that he probably knew inside and out.

Case in point, this song. He samples “One Hundred Ways” by James Ingram and Quincy Jones: a song that I was familiar with long before I heard “Rhymes Like Dimes. But I had NO idea it was the sample source. To me, it was just a somewhat sappy but cool 80’s R&B joint. In a million years, I wouldn’t think to mine it for the main sample from the greatest song ever made. But Doom came in and found the most infectious loop, buried in the midst of a cheesy keyboard solo. Again, I can’t stress how dope that is to me. The first time that I made the connection, I literally stood there with my mouth open, shocked that I hadn’t realized it earlier and probably mouthed the words “that motherfucker…”. And that’s what Doom did as a producer; he found the best part that no one had thought to find before and made it into a song. But it falls in line with his rhymes in the sense that the beats themselves feel like a familiar friend. It’s a universe that really only Doom exists in.

While it is devastating to lose a man who gave so many people joy and still had gas in the tank, we can be thankful that he left behind so much for us. Not only was he extremely prolific, but I can’t name another hip-hop artist who made his debut IN THE 80’S and not only maintained his status, but actually got better over a decade later.  Shout out to this legend. There will never be another like him.