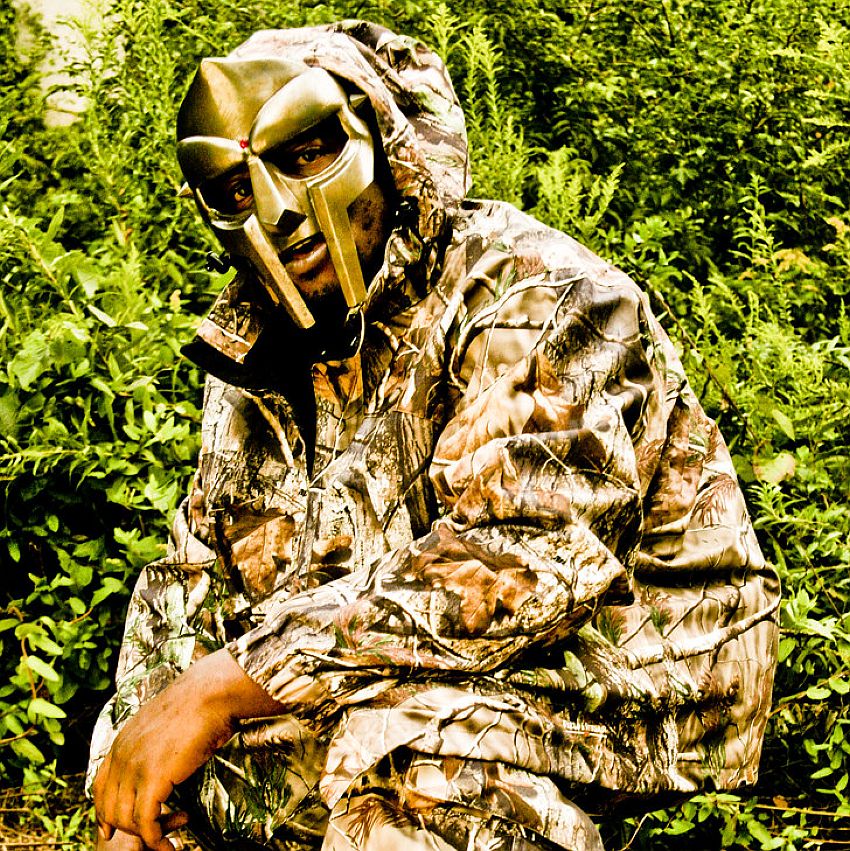 It’s like we’re eating watermelon, we stay spitting new seeds. Please support the most influential rap blog still around by subscribing to Passion of the Weiss on Patreon.

Don’t make Sun-Ui Yum have to get to cutting like truancy.

The story of MF DOOM is a tragedy and triumph worthy of comic book panels, complete with the origin, the disciples, and poetic exit. But along that ink-scrawled narrative arc, 2004 feels like the most maddening and ominous DOOM’s legend ever loomed: a pocket of time where his thesis of anonymous tyranny had achieved universal recognition, and before those mysterious inner workings began to splinter into different paths (Adult Swim crossovers and obscure collaborations) and reclusiveness.

It was the year following the King Geedorah and Viktor Vaughn back-to-back, jaunts into eccentricity that only hinted at what would ultimately become a legendary capriciousness — and it ultimately led into Madvillainy, an enterprise marked by shrouded, abstract erudition and born under auspicious underground circumstances. The notion of DOOM going mainstream will remain laughable until the day of judgment, but this was the year where his being was most omnipresent, a perfect sequence of genius cut eleven different ways.

In that lineage, the second album under the MF DOOM moniker that the masked villain slid into the back half of 2004 —Mm..Food — feels almost comically low-concept. In a discography obsessed with aliases, mythology, and the cryptic, it remains a fascinating deviation into borderline nonchalance, swapping weapons of global supervillainy for utensils, chopping up distinct one-note samples into a vast tasting menu. The central concept is an anagram of his eponym, borne out of a shrugged link between DOOM’s primary craft and, well, food — and in DOOM’s return to the name of his rebirth, his march towards inaccessible purity takes a smirking turn. DOOM was always funny even at his darkest almost as a fundamental rule of existence, but the quips that punchline Mm are of much more familiar stakes.

But while the disco nihilism of “Deep Fried Frenz” and the tap-dancing piano plinks of “Vomitspit” the traverse international ground, the soul of the album bats cleanup with “One Beer.” Laid over sacred and hypnotic chants, “One Beer” is a reaffirmation of the insuppressible. The flip itself is celestial: taken from a song from ‘70s French funk outfit Cortex, Madlib loops the very moment of dramatic suspension, heavenly chants snatched from before the drop to hang in the air like tinkling wind chimes.

And DOOM himself is unhinged — he can’t miss. He weaves words like a freight train on Adderall, extracted from the type of hangover that hits before you wake up, threats crossed with one-act theatrical productions before it all gives way to Spiderman. DOOM always had an incredible spatial sense, building geometric structures out of words like steel beams, and even his purportedly drunken rambles take real form here. That it’s a leftover from Madvillainy being placed center stage is just perfection; you might even imagine that Madlib subconsciously received DOOM’s missive from the future, to keep things simple.

At its core, “One Beer” is a premonition of a reckoning, a confession flung into the past. “Few can do it, even fewer can sell it — take it from the dude who wear a mask like a ‘tarded helmet,” DOOM laughs. “He plots shows like robberies: in and out, one, two three, no bodies please.”

More than anyone else that taught me the exhilaration of intricacy and defensibility of navel-gazing: a formative influence that has still rendered me unable to write in anything but run-on sentences. But in the wake of his passing, oddly enough, Mm has become the work I have most instinctively gravitated towards. Perhaps it’s because it’s the DOOM work that seems most steadfastly dedicated to being simply Pretty, and maybe that’s the theme behind all the lessons: the enigmatic and the arcane is so important, worth dedicating an entire career to embodying and personifying, but sometimes you just need to rap about fast food.

I have the rest of my life to unpack his tomes, but for now, I think I’d prefer to be comforted by Daniel Dumile’s most simple missives. I’ll never forget to take pride in code words.

Mac Miller Documentary In The Works

André 3000 & Eminem Used To Nerd Out Over Hieroglyphics’ Lyrics