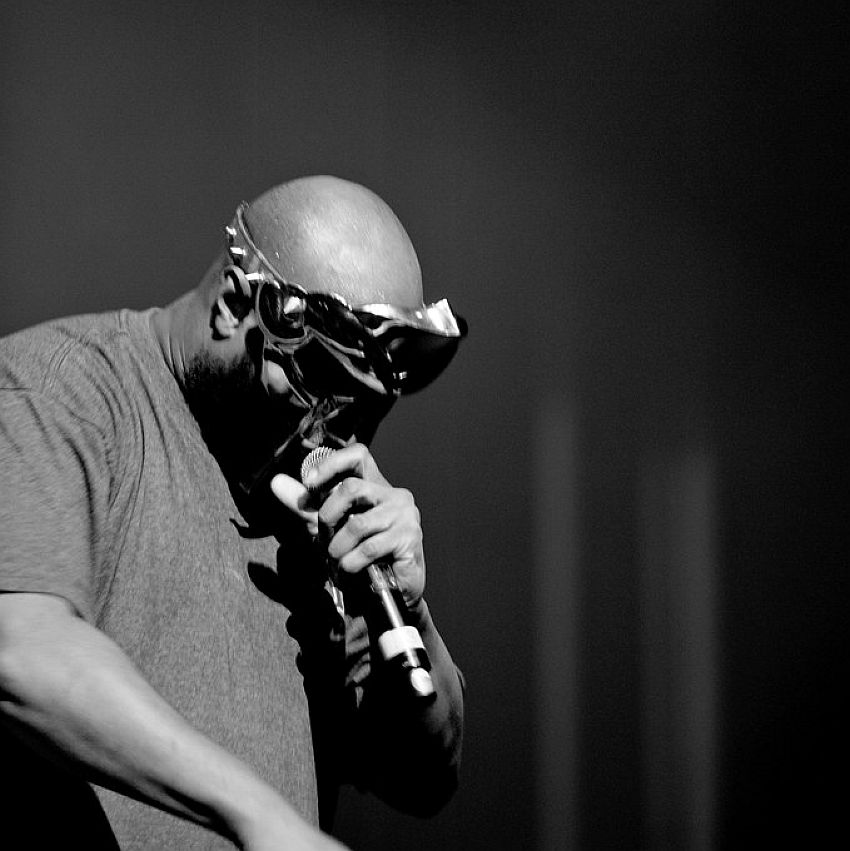 Please support rap journalism’s longest-running supervillain collective by subscribing to Passion of the Weiss on Patreon.

Bryson the Alien wrote these rhymes in 3D with red and blue Bic pen.

In a world where morals and ethics have essentially evaporated in this “by any means necessary” juncture in our planet’s history — it’s rare to see someone, especially in the music industry, just stand in the middle of it all and be their unique selves the whole way through. You’ll often see them enter in one way and then, after a few years, begin to succumb to the pressure: either from insecurity of wanting to fit in, their management trying to make them more marketable, or by “them peoples.” After a while you can barely recognize the artist (physically or energetically) and you’re forced to hold onto the nostalgia of who they once were upon first making their introduction to the masses.

Remaining true to yourself is a super power all on its own apparently. Fame so often seems to be the kryptonite of integrity. Having one co-exist with the other appears to become difficult as one becomes more successful, even more so in this social media-drenched era we find ourselves in. All of which made MF DOOM so special. The mystic behind the mask. The rap game’s ultimate anti-hero. He was a master of elusiveness yet retained a powerful omnipresence through rap with his off-kilter collaborations and the many aliases he released music under. He always kept you guessing on how he’d attack next.

The speculation around his persona, his sad & complicated backstory and the turbulence in his close relationships gave you more than enough reason to remain interested in learning about who this person was and the motivations behind his moves. He hit all the hallmarks of a true supervillain.

I first heard about DOOM around 11 years old, and was introduced to his music by a kid I grew up with named Mark, who lived directly across the street from me in my hometown of Toledo, Ohio. Most days after school I’d go to his house (or vice versa) to play video games like Tekken, eat snacks, and blast rap music at loud volumes. Mark was really into underground and vintage ’90s rap—always digging around the internet for jams. I definitely had a soft spot for A Tribe Called Quest, De La Soul, Outkast, Wu-Tang and all things golden-age hip-hop but I was completely foreign to all the gems that the emerging internet offered: artists who weren’t mainstream using it as a medium to drop content and build fanbases. Once Mark put me onto Stones Throw (the infamous LA indie label) and getting hip to their roster at the time (i.e. Madlib, J Dilla, Jonti, Dām Funk) that was the game changer for me, and I was never the same after that. Upon hearing Operation: Doomsday and eventually Madvillainy, I slowly began to lose interest in what was being played on the radio, BET, MTV, etc. and I began to dive down the rabbit hole of underground music. Adult Swim however was like a glitch in the matrix — great shows and music.

DOOM easily became not only my favorite rapper but a focus of study—a vessel that I began to learn much from. From his choice of words, humor, the obscure samples picked, kooky references used, his unique cadences on records, the comic book artwork, the mask—it was a recipe for masterful artistry that drew me in immediately. Throughout my high school years I would listen to his songs over-and-over again, trying to catch all the lines I missed and research all the references flying over my head (there wasn’t Genius yet to spoon-feed me lyrics yet). I always felt like I was not-of-this-earth growing up—my style of clothes, my love of vintage comics, my interest in conspiracy theories, my love of sci-fi related things, etc.—DOOM gave me the confidence to not only be myself but to be me even louder and without hesitation.

I also give much credit to Kanye West and The Cool Kids for making me feel comfortable in being my full self in rap, but DOOM gave me that extra push to do my research and become an educated, well-rounded musician.

Before making my own original music, I would find acapellas from my favorite artists and pair them with beats I’ve found — splicing in cartoon/comic/movie audio samples to make mixes. I would create mixtapes out of those songs and pass them out at school. At the time, I obviously didn’t know I’d step foot into the rap game like I did years later, but looking back on those times, it was great practice. Remixing helped me develop a basic knowledge of placing audio on music program grids and I got a feel for what I liked to create and how I wanted to express my uniqueness using hip-hop. My song “Bye Bye” (the closing track from my EP Circle [2018]) is probably my greatest example of this: putting all the puzzle pieces together and finding my own lane under the school of DOOM. I felt like I officially came into my own after that project.

The song I chose to highlight for my tribute is right on theme with maintaining integrity in the industry, creative sample choices and insane word play (straight barring the fuck out!) Hence the title of this piece, “Impostas”. For those unfamiliar with this one or entirely new to DOOM in general, this jam is from his MF EP which was a duel release with fellow legendary New York rapper/author MF GRIMM. Preceding a full four years before “Rapp Snitch Knishes” (one of many truths DOOM prophesied through his music), “Impostas” is a criminally overlooked sinister jam of a similar vein were DOOM laments on brutalizing fake tough gangsters, gold diggers and adversaries alike. The song actually samples “Charlie’s Ending Theme” from Street Fighter Alpha 2, a fun fact I recently learned while digging around for info about this song (*chefs kiss*).

Hearing the first few seconds of how the drums intro in and the creepy piano chords that follow, you can’t help but think it’s a no brainer that Tyler, The Creator, Earl Sweatshirt and the whole early Odd Future sound was birthed from this sort of ethereal atmosphere of sonics that DOOM displayed through his production (shoutout Ill Clown, who helped produced this song, too). One of my favorite lines is “Never came second place in a neck-and-neck race/ To the naked face who wanna battle, bring a neck brace.” His way of rhyming is just so clever, it makes it really hard to take any rapper seriously who doesn’t put in at least half the effort into saying something lyrical in their songs. If I had to make a list of my top 25 DOOM songs the list would change drastically from hour-to-hour but “Impostas” would definitely be somewhere on that list every time.

An ever present theme in DOOM’s music was his hard stance on not compromising his sound, style or likeness to fit the general mold of what the mainstream may have wanted or expected of him. Many artists who came up around the same time as him claimed a similar stance but would eventually bend to the whims of their label or consumer expectations. It’s dope that Metal Face stayed Metal Face the whole ride and he didn’t stray too far away from his ethos—even at the expense of leaving some comrades behind and becoming more reclusive toward the latter end of his career. I don’t blame him; Industry rule #4080. Not many rappers have gone on to have 30+ year careers, evolving musically the whole time and keeping their fanbase engaged and satisfied. He’ll forever live through his catalog and his influence.