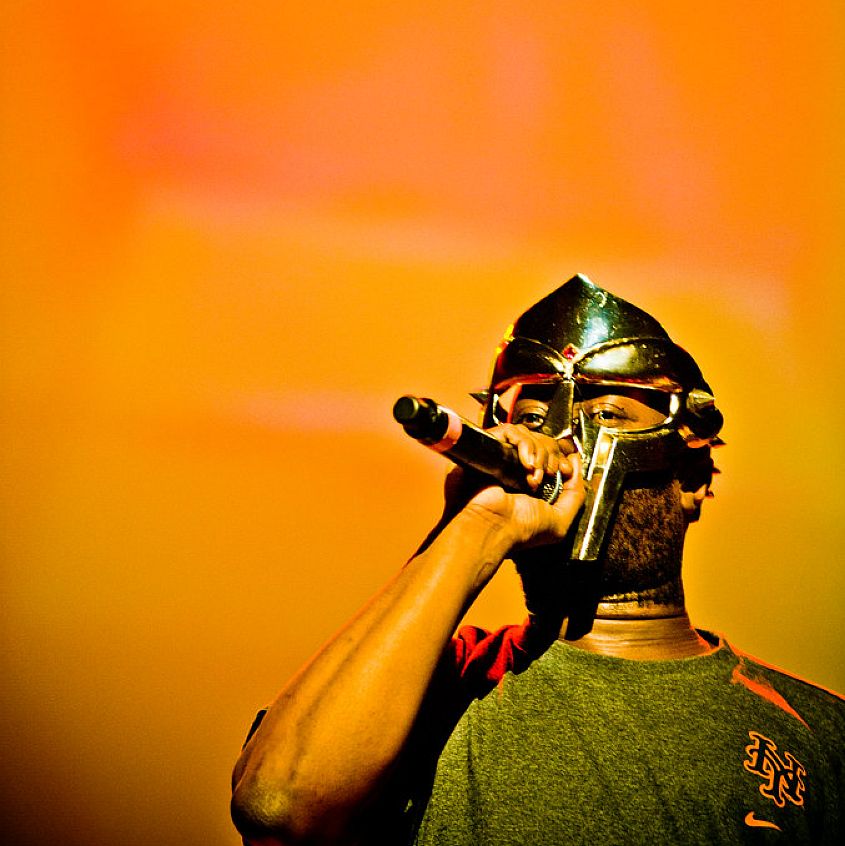 We only play the games that we win at. Please support your perennial Street Pulitzer nominees by subscribing to Passion of the Weiss on Patreon.

Following the December 31st announcement of his death, I’ve seen more than one person online refer to MF DOOM as your favorite rapper’s favourite rapper. This statement seems demonstrably true, especially in the wake of the massive outpouring of emotion from every corner of the hip-hop community. Q-Tip, Busta Rhymes, Playboi Carti, JPEGMAFIA, Yasiin Bey, Tyler the Creator, Lupe Fiasco, Ghostface and Open Mike Eagle have all posted their condolences or made a track in tribute, along with countless others. More than just a rapper’s rapper, DOOM’s very existence represented a state of mind, a way of creating and being that became a lodestar for several generations of musicians.

MF DOOM approached rap in a way that every rapper wished that they could. Daniel Dumile avoided the trappings of fame that consistently interfere with the creative process by playing a character and hiding behind a mask, becoming hip-hop’s version of Daft Punk. People don’t really acknowledge how truly bizarre this decision was in the context of rap in the late ‘90s. This was during the peak of the Jiggy Era, a time when aesthetics were everything and aspiration was the only inspiration.

Picture this: your friend loses his brother and musical partner in a car accident and subsequently gets dropped by his label after he tries to use a cartoon of Sambo being hanged as his sophomore album cover. A few years later, he says he’s planning to make a comeback as a mysterious comic book supervillain who wears a mask on stage. How would you respond? Wouldn’t you try to talk him out of it? The ascent of MF DOOM has to be one of the most unlikely redemption stories in the history of entertainment.

Few songs highlight DOOM’s greatness more clearly than “Hey!” from Operation: Doomsday. Originally released as a 12-inch single in 1997, “Hey!” is based around the theme song from The New Scooby-Doo Movies and the oft-sampled “hey!” from James Brown’s “Funky President (People’s It’s Bad).” This stray exclamation has become progressively more embedded into the cultural memory of rap music over the years, starting with its use in Steady B’s “My Benz” in 1987. “Funky President” has been sampled at least 900 times in a variety of ways, most prominently on Ghostface Killah’s “Mighty Healthy” and several songs produced by Kanye West including “Runaway” and “Clique.” That “Hey!” is still the most creative use of the sample all these years later says so much about the novelty of DOOM’s approach.

Considering the source material, the backing track for “Hey!” is surprisingly ominous. But the song exemplifies Dumile’s trademark balance between hip-hop nostalgia and freewheeling strangeness. His production has been largely forgotten during the posthumous conversation about his career but his beats were often just as compelling as his rhymes, raw and unvarnished without sounding slapdash. He had a way of making them sound both live and alive, the randomness of his sequencing lending his tracks a sense of human fallibility, his drum programming as clattering and unpredictable as life itself.

As befitting a villain, DOOM was a master of misdirection and verbal trickery, doubling back on himself or purposefully misleading the listener by playing with their expectations. His first lines on “Hey!” are deceptively clever because they prove the point he’s trying to make and serve as an example of the proverb that he’s referencing:

Dumile dips and dodges around the omnipresent “hey!” sound effect and the distant barks of Scooby-Doo as if he were in conversation with them. It was like he was playing the villain from that day’s episode, cursing “them meddling kids” and mocking Shaggy by shouting “Zoinks!” back at him. Near the end of the song, he does call and response with the disembodied voice like it was the audience at a show. At another point, the voice scolds him into reconsidering his words:

In the same year that Puff Daddy’s “Can’t Nobody Hold Me Down,” Mase’s “Feel So Good,” and The Notorious B.I.G’s “Mo Money Mo Problems” and “Hypnotize” became Billboard smashes that successfully mined ‘80s pop music nostalgia, a grown adult man with a mask on rapping about a cartoon dog from the ‘70s didn’t exactly burn up the charts. DOOM’s references were dated when they initially came out, seemingly holding little universality. But they certainly helped to paint a particular picture of what the villain’s Long Island adolescence must have been like: Superman comics, All My Children, science fiction, “Mona Lisa” by Slick Rick, Stan Lee, the Stop The Violence movement, karate, National Geographic, Rae Dawn Chong, karaoke, “Nobody Knows the Trouble I’ve Seen.”

Living in today’s internet era, decades have blurred together and culture has been reduced to an amorphous blob for us all to draw from. Judging by the surprising amount of friends from different backgrounds and cultures who all thought DOOM was their secret indulgence, it turns out that obscurity might be more unifying and meaningful than any of us had ever realized. We’re firmly in DOOM’s world now, where his haphazard merging of disparate references feels as natural as falling down a Wikipedia rabbit hole.

“What Would DOOM Do?” is something I’ve often thought at different points in my career or while writing songs. Unburdened by the constraints of the mainstream music industry, DOOM rapped about whatever he wanted to, dropped albums seemingly at random and showed up whenever he felt like it. A legend of “this world’s strangest, most dangerous occupation,” Dumile had an obsessive focus on lyrical craftsmanship that he made sound effortless, almost accidental. His personal quest for artistic freedom ended up pushing all of hip-hop to the left, making a path for us to use as much or as little of his spirit as we could muster.