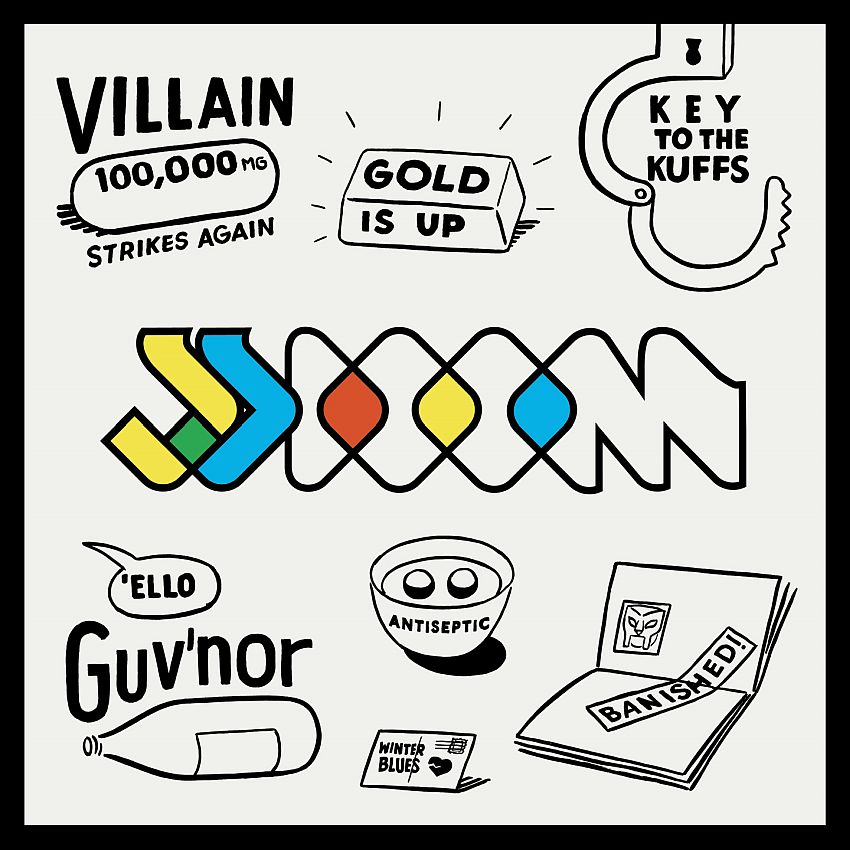 As the dollar continues to lose momentum, please put your money to work by subscribing to Passion of the Weiss on Patreon.

Alex de Lacey started with a bird nest and burnt it to a cinder.

Only DOOM could be brazen enough to bar about an Icelandic volcano called Eyjafjallajökull and pull it off. On “Guv’nor,” Dumile uses the unprecedented eruption that grounded flights across Europe as a metonym for the pyrotechnic power of his pen, projecting ‘ash and molten glass’ into the stratosphere, halting competitors in their tracks. (For those wondering, he rhymed it with ‘fire vocal’. Obviously.)

Key to the Kuffs came out when I was a broke student living in Bethnal Green, just around the corner from where a DOOM mural mysteriously appeared not long after its release. The supervillain had been quietly residing in London since about 2010—around the same time Eyjafjallajökull breached—but almost overnight his presence became pervasively apparent, ablaze with power and purpose.

Lacing pyroclastic flows over a stilted groove from the then-relatively-unknown Jneiro Jarel, DOOM toys with the idea of rebirth in a familiar yet simultaneously uncanny setting. He began his brief sojourn on earth in London back in 1971, a city where he would stay until once more ascending into the celestial ether on All Hallows’ Eve. And while the circumstances of his return to the Big Smoke became increasingly problematic—Obama’s administration later refused DOOM re-entry to the U.S—this initial period felt magical, with Keys to the Kuffs signalling a new dawn.

Apparent from the moment he breaks through volcanic smoke to assert his undying pre-eminence, the first verse of “Guv’nor” follows this extended metaphor to the crater’s edge. Likening genesis to breaking free from a bird’s nest, DOOM eventually ‘burns it to a cinder’, leaving contemporaries languishing as he emerges triumphant, a phoenix from the flames.

But the past is never far from view. The Metal Face Villain grapples with both belonging and enforced exile across the track’s three-minute duration. He makes reference to the rolling hills of Dover, a scene that imbues a sense of home for war-torn veterans returning from sea, but signals promise and escape for those with a vantage looking outwards to France. (He later adopts the language of love to reference Jarel’s pseudonym Dr. Who Dat, ‘getting stacks with the qui mon qui’).

Even the titular exclamation ‘Ello Guv’nor,’ which seemingly signals a coming to terms with the British capital, is tinged with a loose spectre of bygone horrors. The line, which Jarel samples throughout, is taken from an episode of the Regular Show, a sativa-soaked cartoon caper that documents the hijinks of high school friends Rigby the raccoon and Mordecai the Blue Jay.

Late one night, Rigby watches a British B-Movie that chronicles a crazed taxi careering around the streets of London. Its grill flush with razor-sharp incisors, the black cab consumes passers-by with impunity, while taking particular aim on gang members associated with the killing of his former driver and confidante. Perhaps this homecoming brought back memories of Subroc’s tragic passing in a car accident, the loss leaving a post-KMD DOOM similarly searching down back alleys, coming to terms with the departure of a beloved figure who once drove him forward and provided direction.

While close readings abound—further fuelled by Ninian Doff’s split-screen editing of the song’s video which saw two DOOM’s folding into each other in an abandoned warehouse—the kernel that underpinned “Guv’nor” was simple: DOOM had much more to give.

As the track comes to an end, Dumile spits about his ‘black teeth [that] still snack on sweets.’ The villain’s bite remains unflinchingly present across Key to the Kuffs, resistant to aging gums and fading gusto that befalls many rappers once they hit 40. This vivacity was also indicated by a scintillating string of shows in the UK that year where he was present and correct: from brandishing his British passport at a show in Camden after an impostor-driven pasquinade was routed by eagle-eyed fans; to a double-header with Robert Glasper at the Royal Festival Hall; and a ludic imitation of Olympic runner Mo Farah’s iconic “Mobot” on the sunshine-laden hills of the Isle of Wight.

Growing up, DOOM always felt out of reach. From the moment I heard Madvillainy and Mm..Food in my early teens, I pictured him as this unyielding visionary, intent on expanding the limits of the English language and contorting the brains of us earthly beings. That remarkable run of gigs in the UK made him seem quantifiable, even human. But Key to the Kuffs was a reminder that he was just visiting.

On “Guv’nor,” the album’s standout track, DOOM truly entered the twilight zone: plagued by doubleness, but energised by volcanic magma, rapping harder than ever. 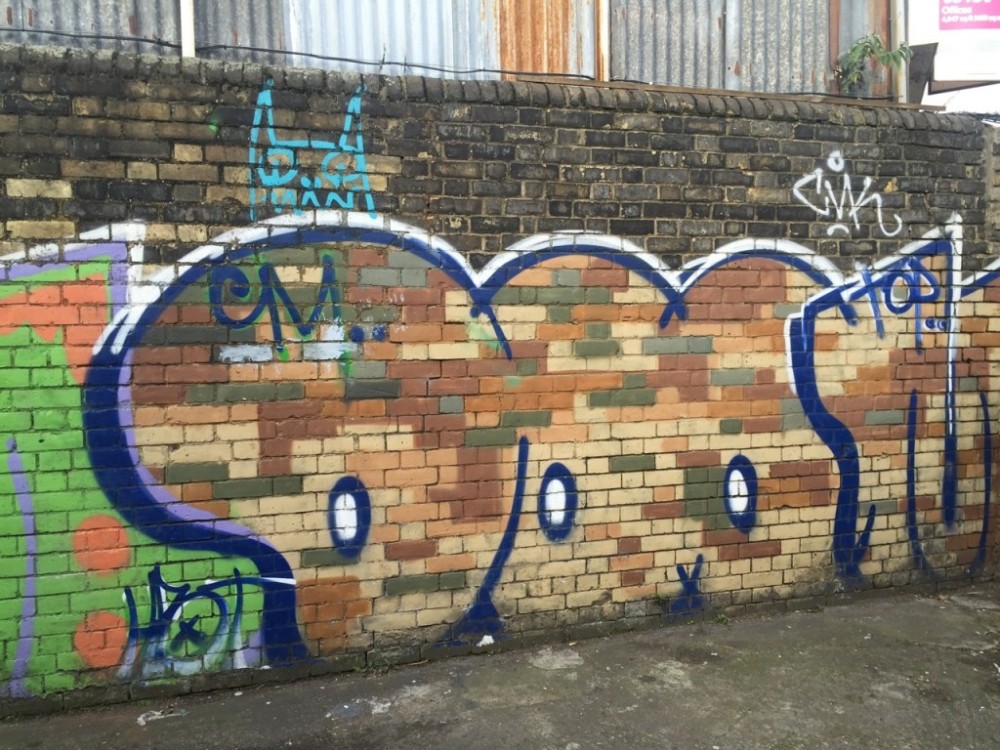 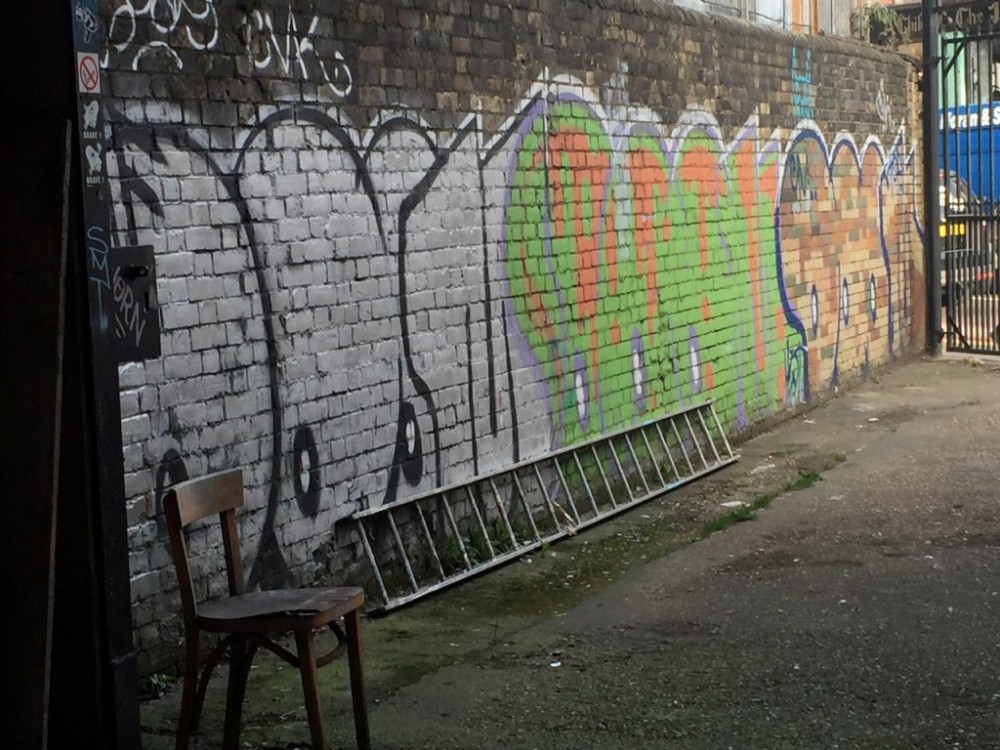