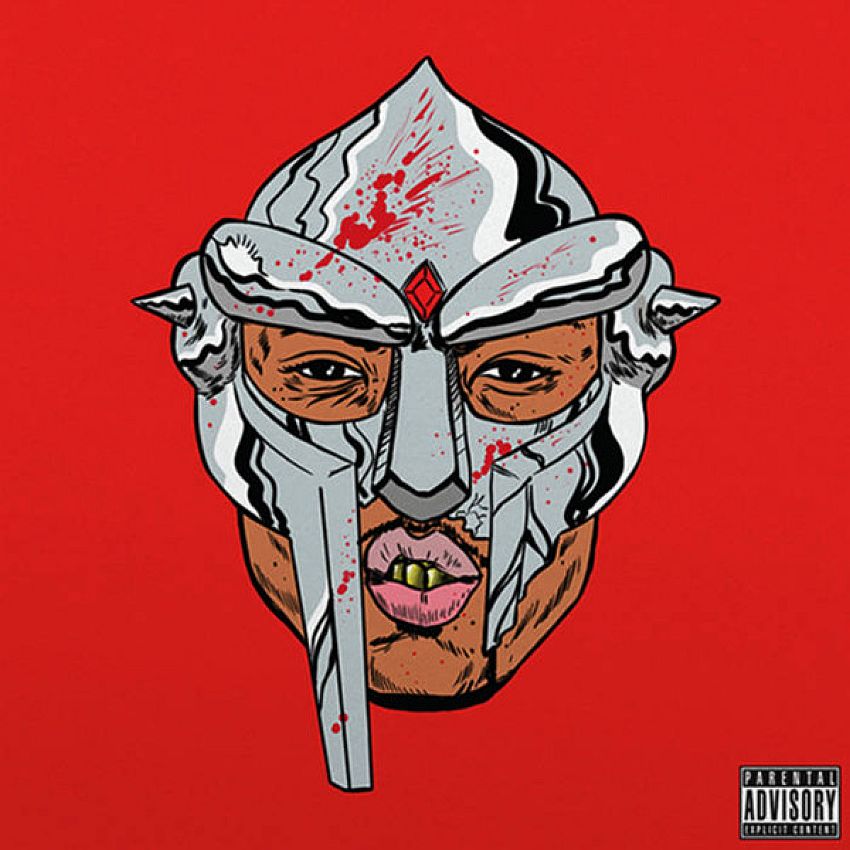 The way we pushing words, you’d swear them shits were BOGO. Please support Passion of the Weiss by subscribing to our Patreon.

Thomas Hobbs will hit the beat with the Manchurian Splash.

The results that came from MF DOOM combining slick comic book villain imagery with cautionary hood tales will live forever. Accentuated by a raw vocal tone, sitting right on the border between baritone and bass, Doom’s rapping intricately shifted from making you empathize with street-smart hustlers (“Oh, my acing hands / from rakin’ in grands”) to snorting with laughter after hearing yet another dirty joke (“So now they got me down here near the dungeon / Nurses all arguin’ over who’s to do the spongin”). The late artist was the very essence of a fly eccentric. Therefore, it’s no surprise that Doom found a kindred spirit in Buffalo’s Westside Gunn.

On the surface, Gunn’s high-pitched raw whine is very different to Doom’s deeper vocals. Yet Griselda’s sarcastic Ghostface possesses a cartoonish stream of consciousness flow, and penchant for using the ghetto as a canvas to paint images of baller surrealism, that is so obviously an extension of Doom’s madcap energy. These similarities are the reason why the pair’s coming together on 2017’s two-song WestSide Doom EP still sounds so natural.

Its best song, the atmospheric “Gorilla Monsoon,” features a world-weary Doom trading bars with a Westside Gunn bragging like someone who knows they’re bulletproof. With its elegant yet warped strings, sedated drums and synths that sound like distant WWIII sirens, producer Daringer provides the perfect grounding for two individuals who revel in being called “weirdos” by the people on their block. Yep, this music is blissfully stoned-out.

Opening things up, Westside Gunn sounds like he’s reached an evolved level of trapping, absurdly boasting about how even his “bedroom has a bedroom” in that giddy goofy drawl. As Gunn half-jokes about enjoying counting money in the bubble bath, it’s obvious he’s learned a lot from Doom’s famous comedic timing, while the vision of him rocking a pair of “snake-skin binoculars” is a level of cool the rest of us can only dream of reaching. There’s even an ode to Doom’s trademark for transforming mundane dinner time sittings into something otherworldly (yeah, I’m one of those MM Food > Madvillian guys), as Gunn colorfully spits: “I’m wearing Supreme x Louis gloves, eating scampi.”

But if Gunn’s verse is about impressing one of his idols while turning puffing your chest out into a conversational sermon, then Doom injects the song with much more of a sobering conscience. By the time Doom appears – ushered in by a kitsch comic book sample – for verse two, it’s as if Westside Gunn has been visited during a foggy night shift by a mysterious rap sensei, stepping out of the shadows to share some pearls of wisdom. 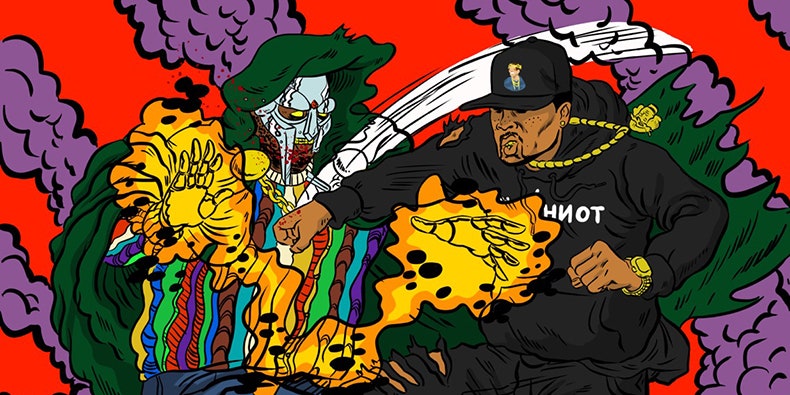 It’s quickly apparent Doom is playing the role of the all-seeing, world weary Yoda to Gunn’s overexcited Luke, keeping his student’s feet firmly on the ground. Much like Jay-Z telling Drake “this is how they’re going to come at you,” Doom advises Gunn on how to keep well insulated in matters of both spiritualism and capitalism. Doom powerfully warns: “In the face of truth don’t ever be offended / Overstand the past to get a grasp of the present / And make it faster than you spends it.”

The rap legend beautifully shares the virtues of life, warning Gunn of some of the pitfalls to avoid in a rap game that’s filled with sharks and gold diggers. He also proves, even in his late forties, that he can still make your head spin — “Jumping to conclusions can stunt your evolution / like the trees dumped into some dust blunt fusion” is surely among DOOM’s very best opening bars.

On this track Doom raps at a much slower pace then you might be accustomed to, maybe driven by health issues or even just becoming older. Yet the fact Doom no longer has the spark of his “Rhymes Like Dimes” days only makes his appearance on this song sound more like a mortal and less like the urban legend he conceived. His spiritual exhaustion, probably sparked by grief, results in a wry, philosophical mumble that is difficult to stop thinking about; the more considered pace makes you intently digest each word like you’re a contestant in a spelling bee.

At the end of his verse, Doom morbidly concedes: “It gets lonely at the finish, yup.” Even if the verses were exchanged over email, you sense this song was an opportunity for Doom — just at a point in life his when the clock was beginning to tick faster — to pass the torch over to a like-minded apprentice. Some of the artwork for WestSide Doom depicts Gunn pimp slapping the shit out of the masked villain; tangible proof that, by 2017, Doom was more than ready to hand his mask over to someone new.

Pete Rock Reveals 3rd Installment Of ‘PeteStrumentals’ Is On Its Way