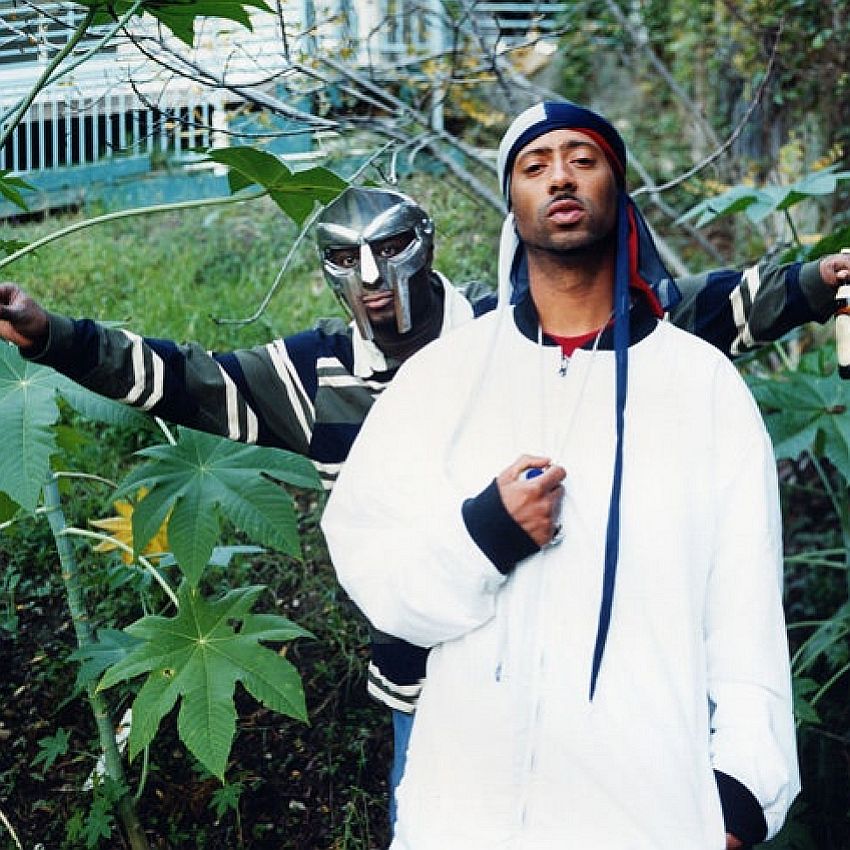 Don’t put your chips on the worst bet. Support Passion of the Weiss by subscribing to our Patreon.

A couple years ago, Madlib was waxing lyrical about Madvillainy in an interview for Bonafide magazine when DOOM crashed into the same London pub.

At the mention of “Fancy Clown,” DOOM, then living in the British capital, got hyped about the Z.Z. Hill loop. “That shit is ill. The chorus is already there, so I wrote the whole story around the arrangement. “

Revealing that it felt like Hill had purposely left spaces for his verses, the instrumental revealed the story to DOOM. Though, he ultimately bestowed credit on Madlib: “I learned [spontaneity] from this guy, to really hone in on that. I was doing it before, but he reminded me.”

But we’ll likely never know, if between shrooms and beers, whether Madlib or DOOM ever uncovered a deeper link. Not only do Hill and DOOM’s alter-ego/rival Viktor Vaughn share lousy luck with women, but Z.Z. Hill also collaborated musically with his brother and essentially had two distinct halves of his career, mirroring the split between KMD and DOOM.

On “Fancy Clown,” the Viktor Vaughn character lays his emotions bare behind clever wordplay and pop culture references:  “My boys warned me you were poison like BBD’s first cassette, and still I put my chips on the worst bet.”

Heart-wrenched vocals melt over a chopped up blues bassline sample. The sampled 70’s bluesman moans, “I hear you in the background whenever I phone, telling your brother to say you’re gone. Yoooouuu been dippin’ around, uptown, with some fancy clown.”

At points, DOOM lets Hill’s sample finish off his lines, or layers an “ound” word right over the “down” of the beat ( At one point, 4 consecutive rhyming -ounds). At others, he’s aggrieved that he’d spent his formative years “chasing skirt.” He bemoans his name being dragged in the dirt; the streets have informed him that he’s been getting played. The mood quickly turns venomous.

The phone call plays out in the back with Vik’s ex-girl fumbling over apologies and pisspoor excuses for her infidelity at a barely audible volume. A purposeful move which to me has always symbolized Vik’s disregard to listen to any more of her shit.

Punctuating my point, Vik drops the line, “Now you apologize, that’s what they all say. You wasn’t sorry when you sucked him off in the hallway. But have it your way, raw— no foreplay”.

From here, he goes for the jugular, unleashing explosive, razor-sharp bars about getting his jewelry and shearling coat back, only so he can give it to her friend who he hooked up with while she was at work. Then he reveals that he threw the towel in and “Dooked the maid Carolyn” while they were on vacation in Maryland, and how her mom “set his rocket off.”

The final uppercut aims for the knockout:  “Ain’t enough room in this —-ing town. When you see tin head tell him ‘be ducking down’ I’m not rompin’ round, he better be ready and prepared to be stomped in the ground.”

Only DOOM could possess the out-of-this-world mindset to compose a song by his alternate alternate persona, where he’s firing low blows at his cheating ex-girlfriend, while threatening to punch her new lovers face in — the lover, of course being Daniel Dumile’s second alter-ego, MF DOOM. The rare instance where beef rap is a form of cannibalism.

Take a deep dive on Reddit, and you’ll find DOOM “cheat codes,” conspiracy theories, and decades worth of syntactical debates. It starts with what exactly goes down on that infamous phone call during “Fancy Clown” (the actual voice of which is Malaysia “MJ” Shabazz who was MF DOOM’s manager at the time) After extensive deciphering, it apparently ends with the heated ex adding fuel to the Vik vs. DOOM feud by retorting “well his [dick?] isn’t as big [as his?] anyway.”

There are dedicated appreciation pages about a rare “ish” Fancy Clown demo. There are links to alternate ending skits, and raw, gritty, unreleased bars before DOOM made the decision to switch up his tone and re-record the majority of the Madvillainy project.

You can find legions of fans geeking out about Vik rapping in the middle of Fancy Clown: “I used to be proud of u. And you had some real good power,” as the sampled vocals say “you,” meaning ‘Power U’, the Supreme Alphabet abbreviation for “pussy.”

Even the video itself is madness. A child plays Viktor Vaughn, which some speculate is simply to remind you that Vik is younger than DOOM. But DOOM’s choice of actor also might show that that type of love had him feeling like a kid again. Or could it be that Vik looks at the whole thing as childish? The beef is mere child’s play.

DOOM left behind a seemingly endless catalogue of encrypted lingo, and that same mystique contributed so much to his vast appeal. He’s the ultimate writer’s emcee, a mad beat scientist as much as he is your favorite rappers favorite rapper.

Maybe Mos Def summed it up best when he said, like so many of us, DOOM’S rhymes were as weird as we all feel. As I write this, I’ve been bumping Madvillainy for four days straight in a snow-covered Canadian rodeo town in blistering -15 celsius, with my retired roadie dad and mom who met him at age 13, hitchhiking when she was a groupie.

Sitting in the front room for another listen, I pull the stylus back as Viktor Vaughn croons the line “There’s been a place for you in my heart since we first met, a teenage love that didn’t feel no hurt yet.” My dad — who was also a stage manager behind some of the most raucous country gigs the city ever held — looks at my mom and she winks. Leaning back he cracks a beer and sparks a spliff: “Man I know that one too well. Fuck, this guy is good”.

DOOM’s superpower to transcend linear logic in his music is much like his fanbase. “Fancy Clown” is the ultimate breakup anthem for old heads, new heads, anyone who has been in love, and even my 67-year-old dad, who like DOOM is no stranger to hallucinogens.

It’s no secret that I hold a special place in my heart for diss songs. But what makes “Fancy Clown” great is its weird resonance. Only Vik Vaughn could turn obliterating heartbreak into a brag rap. For a fleeting, surreal moment, it’s like DOOM “gets you,” and you “get him.” The thousands of YouTube comments echo my sentiment. One that sticks out is a thank you note from an ego-bruised surf bro who writes to DOOM: “Yo, I just broke up with my girl, but I played Fancy Clown 8 times. I’m headed to the beach now bro thinking, Fuck that chick and fuck that chump!”

Back to the present, I leave the record running and jump into my own jeep for a midnight drive where I can listen to Bobbito and Stretch’s DOOM tribute undisturbed at maximum volume.

I never got the chance to see DOOM perform live. Still, as Stretch spins one of his early freestyles, I’m struck by the juxtaposition. Weaving through twinkling mirrored skyscrapers in a ghostlike downtown during the latter half of a pandemic, it feels like the ideal menacing and mysterious vibe that DOOM would have appreciated.