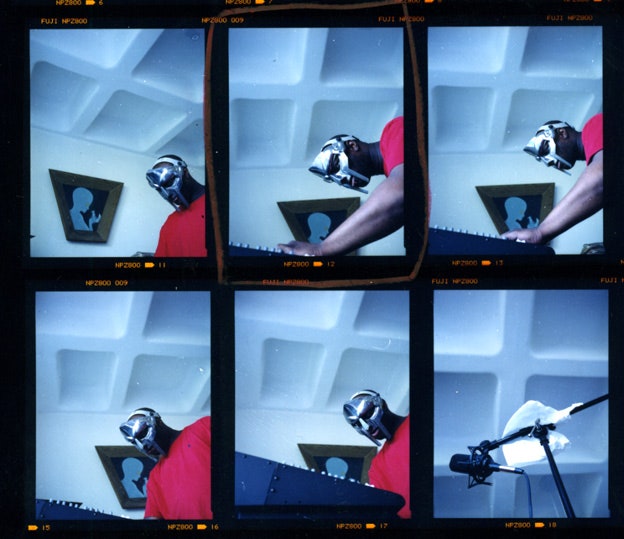 Our writing hands are so fast we could outspin Flash. Please support Passion of the Weiss by subscribing to our Patreon.

Abe Beame used to show up to class with Moet in a flask.

Whether you’re listening to it for the first time or the 500th time, Madvillainy can be a disorienting record. The short tracks, half songs, instrumentals, skits, the tower of Babel of collected references can make it difficult to sustain a single cohesive mood. But to me, it’s always felt like a murky, funky record, the experience of being in an unfinished basement in need of an airing out, combing through unorganized stacks of records with resin stained fingers with Madlib in one corner, while Doom noodles away in the other, nodding as he murmurs half bars to himself.

At least that’s the first eight tracks (and most of what comes after), until Madlib’s flip of Waldir Calmon’s “Airport Love” wafts in on a balmy summer breeze. The theme is chintzy, low-res and gloriously ’70s bossanova, it sounds like the parasol in a frozen vacation daiquiri. Of course, Madlib leaves all the vinyl imperfections. You can hear the wobble of the revolution, the watermarks, the sensation of a distressed needle fighting to stay in the track’s groove. But it’s a sunny and lovely respite that calls out to you from the past. For the listener, and apparently for the rapper, it transports you somewhere.

Like all great Doom verses, it’s dreamlike in that it doesn’t have what we might think of as a beginning. You drift into the middle of something he’s been scribbling in a marble composition book for years, the margins of the page filled with the Stussy S and half sketched but accomplished comic book panels. You leave before it ends, because with DOOM, it never really ends.

“Curls” is an Escher in miniature, constructed with chewed gum and toothpicks and animated with internal rhymes, elegant and impossible, filled with non functional staircases to nowhere that appear arbitrarily and exist to serve their own purpose. The song works like memory works — it’s textile. Snippets of your five senses jump out at you, calling you back to places and times and sensations at random, the cosmic mystery of the synapses firing at will. The sight of a bag of cash on a city street when you’re young and broke, the smell of a smudged bag of dried out bud in a desk drawer, the taste of an illicit nip from a flask in the back of an endless procession of dreary classes.

If you wanted to lend the minute and thirty five second song a thesis, I guess it would be recalling the hardships of youth, and the things we use to escape or at least endure those hardships, however briefly. How through the rose tinted lens of time, powered by nostalgia, you even come to miss or think fondly back on those times, and those vices. Those little moments of discovery in youth that serve as a right of passage, an awakening, a dawning of consciousness.

But perhaps I’m just navel gazing, nostalgic for my own awakening and escape, sitting with this masterpiece for the very first time in an attic in an off campus house with resin stained fingers, staring at it for hours like a Magic Eye and praying for a shape to emerge. But with DOOM, whatever shapes you might think you’ve found is your own affair. The point is the computer printed Jackson Pollock tapestry of ordered chaos, the multi-colored rhythmic pattern that only assumes the form of hip-hop for a moment, before you inevitably must turn the page, and it melts back into the dense and inscrutable world.