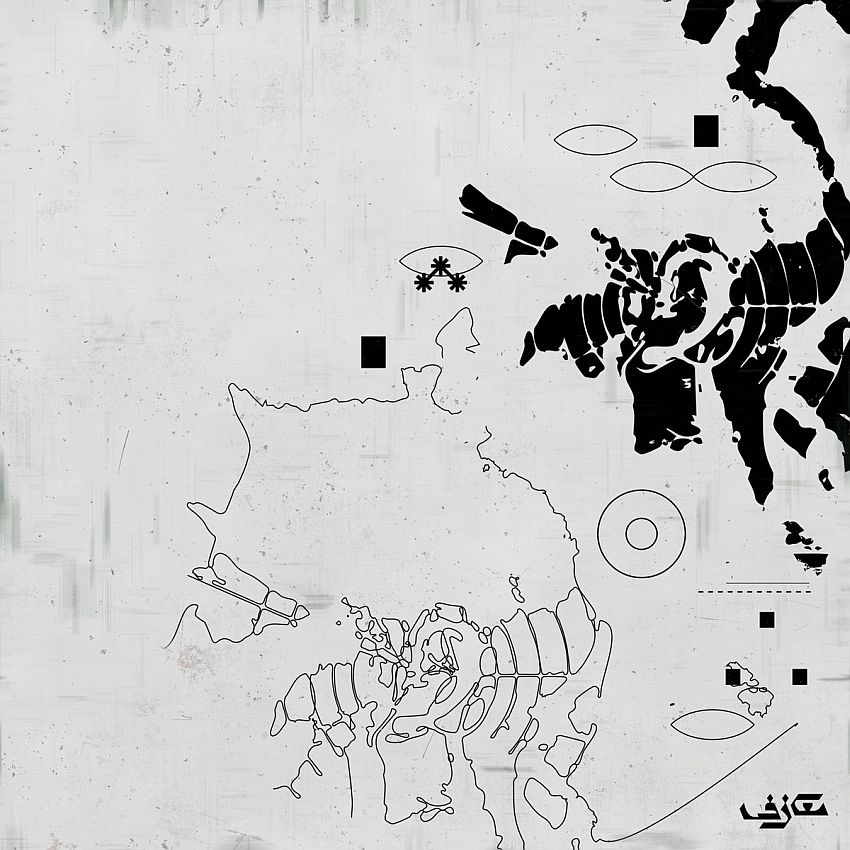 Please support Passion of the Weiss by subscribing to our Patreon.

Nisf Madeena, a new benefit compilation for relief efforts in Beirut, is a wail of anguish, a call for revolution and a love note to a city, all in one.

All proceeds from Nisf Madeena benefit local initiatives and organizations dedicated to raising funds for artists who have lost homes, instruments and equipment in the wake of the Aug. 4 chemical explosion that devastated parts of Beirut, the capital of Lebanon. The blast displaced thousands, killed at least 200 people and destroyed countless homes and businesses. Some of Beirut’s best-known restaurants, cafes, clubs and venues were especially hard-hit, crippling an otherwise thriving music and nightlife scene that has long made Beirut an important cultural hub.

“It’s definitely one of the cultural centers of the world—not just the Arab world, but of the whole world,” Al Qadiri says in a phone chat from her home in Los Angeles. “So many different people and movements have passed through [Beirut].”

Beirut sits at a crossroads of cultures, languages, historic epochs and musical trends. The city has struggled through modern conflicts and been battered in the past, but all the while it’s remained a major focal point for everything from Middle Eastern jazz to Arabic hip-hop. The immortal singer Fairuz was born in the city. The band Mashrou’ Leila, luminaries of pro-LGBT indie music, formed in 2008 at the American University of Beirut.

The idea for the benefit compilation came from Heba Kadry, an Egyptian mastering engineer based in New York. She was working in her Brooklyn studio when she saw news of the blast on Twitter. “I initially thought it was like a CGI thing because of how insane and massive it looked,” she says, recalling the horrifying video of a mushroom cloud engulfing the Mediterranean coastal city in red and grey smoke.

Kadry immediately messaged a friend in Beirut to make sure she was safe. Then her thoughts turned to her fellow musicians. Over the past two months, Beirutis have scrambled to form mutual aid groups and clean up the city. She wants to make sure artists don’t get left behind as they struggle to rebuild their homes and studios.

“I can’t even begin to grasp what that’s like. That’s kind of why I felt compelled,” Kadry says. “It didn’t feel enough to just send money to [non-governmental organizations] over there. Something else can be done, specifically for the artists and musicians. They’re going to be at the end of the totem pole as far as getting help.”

The staff of Ma3azef were eager to join the cause. Launched in 2012, the online publication is an indispensable source for nuanced coverage of music coming out of the Middle East, Europe and North America. With a small but dedicated staff, Ma3azef operates as a full-on multimedia operation, publishing longform articles and track premieres while hosting live shows, Boiler Room sets, and art exhibitions. In May, it launched an online radio station under the direction of Jinane Chaaya, a Lebanese producer who lives in Beirut.

On the afternoon of Aug. 4, Chaaya was waiting for a friend on a cafe’s rooftop balcony in the chic Mar Mikhael neighborhood when a shaking feeling and drone sounds gave way to a massive explosion. The blast was ignited by 2,700 tons of ammonium nitrate, left by the government for six years at the port, just meters away from where Chaaya sat. The whole cafe shook like it was an earthquake, and everyone ran for cover, she recalls. Chaaya didn’t sustain any major injuries, but falling debris punctured the roof of her car.

The music scene is now essentially on pause, as she and others try to recover from the disaster.

“Everyone is really devastated. No one can really work right now or produce music. And if they are, they’re doing it for funding and for fundraisers, just to be able to get their life back and their equipment back and their housing back,” Chaaya says, calling over WhatsApp from Beirut.

For Nisf Madeena, Kadry teamed up with two Ma3azef editors, Rami Abadir and Zuhour Mahmoud, who have experience curating events and putting on shows and deep links with artists in the Middle East and North Africa. Within an hour, they’d come up with a list of artists they hoped would contribute an unreleased or in-progress track—and everybody was eager to contribute. Kadry worked with Jaar on his most recent album, Telas, which came out this summer; when she sent him an email, he wrote back right away and pledged to send something.

Al Qadiri was also eager to participate. After being invited to contribute something by Kadry, she spent a week putting together “Blajat Interlude,” a minute-long vignette of slow, bittersweet synths and submerged-sounding percussion—meant to evoke the seaside character of the Lebanese capital and the bittersweet pangs of memory and loss.

“When there is a loss and obviously people died and things were destroyed, you just have to honor it in a way that is respectful,” she says. “I wanted it to feel like walking down on the shore and thinking of things that you lost in your life and kind of making peace with them.”

Within two weeks, Kadry, Abadir and Mahmoud had all the material they needed. MOONI Studio, which works on Ma3azef’s visual design, whipped together an album cover. As a final step, Kadry gave the tracks a warm, unifying polish, using analog gear in a marathon mastering session at her studio.

On the album, some of the tracks sound totally different from each other — but together they draw on familiar tensions and themes. Jaar’s transcendent ambient piece “Playing With You” starts things off on a meditative note. Egyptian producers Ismael and ZULI switch it up with a two-track block of distorted textures and mechanized rhythms. Later, Tunisian beatmaker Deena Abdelwahed reworks a song by Lebanese singer Julia Boutros and Libyan poet Ali Al Kilani: “Where are the millions? Where are the Arab people? Where is the Arab anger?” Boutros’ sampled voice chants in a dramatic singsong over bursts of syncopated percussion. This calls to the streets speaks to the revolution Lebanon has been going through over the past year, though it could just as easily resonate with other upheavals and cries for justice happening across the globe today.

Nisf Madeena is one of several releases from recent weeks to raise money for Beirut’s reconstruction. Funds from the album’s sales on Bandcamp will be split between three initiatives and organizations: the Fundraising Campaign for the Arts and Culture Community in Beirut, which was organized by the Beirut-based Arab Fund for Arts and Culture (AFAC); the Beirut Musicians’ Fund, put together by Fadi Tabbal at Tunefork Studios, where many artists in the city record their albums; and the nonprofit organization Beit el Baraka.

Tabbal, who founded and owns Tunefork, estimates that losses of musicians’ instruments, recording equipment and gear totals out to nearly $40,000. The Beirut Musicians’ Fund has raised just under half of that.

But, he says, people also need support to treat their injuries and fix their homes and cars. Some Beirutis no longer have a place to live; others have lost work; still others have lost their homes and their jobs. Tabbal isn’t expecting help from the government, whose negligence and corruption has been widely blamed as the reason for the explosion. So neighbors and fellow Beirutis are working to help each other.

“It’s a bit messy because everybody is trying to help at the same time,” he says. “It’s so huge. That’s why we’re trying to concentrate [on] helping in one thing. The funds are trying to be very specific.”

The title Nisf Madeena refers to the scale of damage in Beirut. Ma3azef’s executive editor, Ammar Mnla Hasan (who also lives in Beirut), says the city has been reshaped and divided by what he calls “the destruction borders,” dividing the city in half between parts of town that are preserved and areas closer to the blast site, now darkened and collapsing.

On the final two tracks, the stark divide is laid bare. Maltash’s “Fuck Your Agenda” rides on hard-driving darkwave brutality, speaking to unfathomable depths of frustration. Then comes Marc Codsi’s “A Light,” which soothes with glimmering synths and a cloud of glitchy texture. It’s a jarring but ultimately stirring conclusion to a compilation that balances outrage with hope.