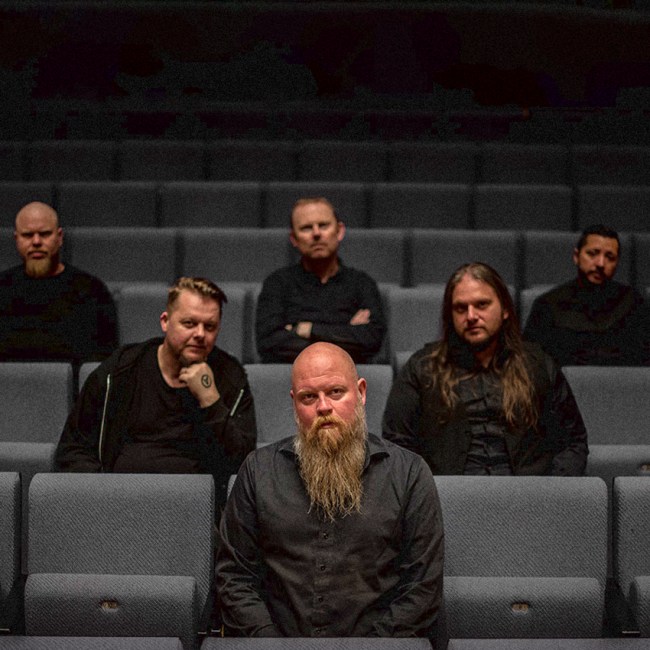 Leonel Manzanares de la Rosa wants some actual food and travel writing from real people and not the privileged.

This extends to progressive metal too. In the early ‘90s, Dream Theater became the genre standard, and the vast majority of groups that followed took their template to create a set of still cliches that still prevail. But eventually, artists from the extreme metal scenes around the world, fed up with meaningless brutality and fake Satanist posturing, began to implement prog, and created some of the world’s most interesting sounds.

Terje Vik Schei (Tchort) had been part of the legendary first wave of Norwegian black metal as the bassist for Emperor on their seminal In the Nightside Eclipse, and continuing with Carpathian Forest and Blood Red Throne; but by the turn of the century, he was also contemplating other musical horizons when he formed Green Carnation. Originally a doom metal band, reminiscent of the underrated The 3rd and the Mortal and with members of In the Woods, Tchort sought to explore musical sensibilities that stemmed from Norwegian dark metal romanticism. But his intention was always to develop monumental themes that gave origin to emotional adventures beyond the confines of any genre.

Inspired by his young son, and as a kind of life lesson to him, Light of Day, Day of Darkness masterfully incorporates Tchort’s grandiose ambitions into a single 60-minute track. The piece begins with atmospheres typical of gothic rock or EBM, but with a psychedelic sheen seen in “Porcupine Tree” or “no-man;” he slowly introduces the main themes on the guitars, accompanied by light percussion. Violin, bass, and another guitar join in, weaving the arrangements while we hear a child’s voice in painful moaning, as if mourning for an absence. That’s where the first heavy riffs come in. Green Carnation never leaves aside the high drama and despair of doom metal – always a genre that burns slowly with heartbreaking melodies. From the seventh minute on, the piece alternates between atmospheric serenity and Sabbath-like monoliths of distortion.

On Light of Day, you can hear every musician’s commitment to Tchort’s vision. The organs and synthesizers maintain the consistency of the song, while an adult choir, and then a children’s choir, make stellar appearances at key moments, symbolizing the passage of life. Drummer Anders Kobro interprets the moments of calm with a style similar to Scandinavian folk, following the flow of the theme with timpani-like and subtle tom hits. In the hardest passages, he doesn’t hesitate to show his enormous experience in extreme metal with double bass drum attacks and explosions of cymbals. But perhaps the secret weapon of this group is Kjetil Nordhus, the main voice, who molds his wise baritone to capture all the emotional registers.

Something that is little said about Light of Day is the way the musicians play with the structures of each section. The different themes and riffs that enter the scene experience variations in metric or intensity, so that the next turn becomes unpredictable. But at the same time, this is not an album of impenetrable complexity; on the contrary, the riffs are quite accessible, they rarely leave the Dm mode, and they all feel very familiar to metal fans’ ears. Everything is built on very solid foundations.

The true moment of abstraction comes around minute 32. After the miasma of riffs and hammond organs, a woman’s voice appears, accompanied by a saxophone that dissipates with chaotic, agonizing melodies. Both engage in an untranslatable but universal dialogue, expressing the passion and fury of eroticism – like a demented take on “The Great Gig in the Sky”. This passage is essential to the rest of the piece, adding a tension that is gradually released, until the moment of climax, in minute 54, when the piece returns to the first riff, resolving with grace as if heading to the grave.

In an hour, Green Carnation offers us a masterpiece like little else; upon its release, it was greeted with some acclaim, but most of all, astonishment at the feat of recording and producing such a long and emotionally charged song. However, many progressive rock enthusiasts often doubted its merits. The most purist questioned or outright denied that Light of Day was part of the genre and dismissed it as just a very long metal song. There were discussions on forums and in record stores.

I personally defend that Light of Day, Day of Darkness is the best example of what progressive rock could do at the beginning of the 21st century. An epic track that can sit comfortably next to “Thick as a Brick” or “Close to the Edge” in the pantheon of the genre. Over the years and subsequent albums, Green Carnation became more established among the prog crowd, and today they stand as headliners at festivals like the recently held Progspace. It all started with a father teaching his kid a lesson; to teach him how life is nothing but navigating several forms of pain, and the staunch attempt to transcend it all. I hope he learned something.

This Youtube Channel Has Been Uploading J Dilla Rarities for Months

Kodak Black Ordered To Cough Up Over $90K For Missed Performances